Flu Season is Coming: 7 Actions You Can Take to Defend Yourself

The flu killed an estimated 57,000 Americans last season. Don’t be a statistic: get the flu vaccine. 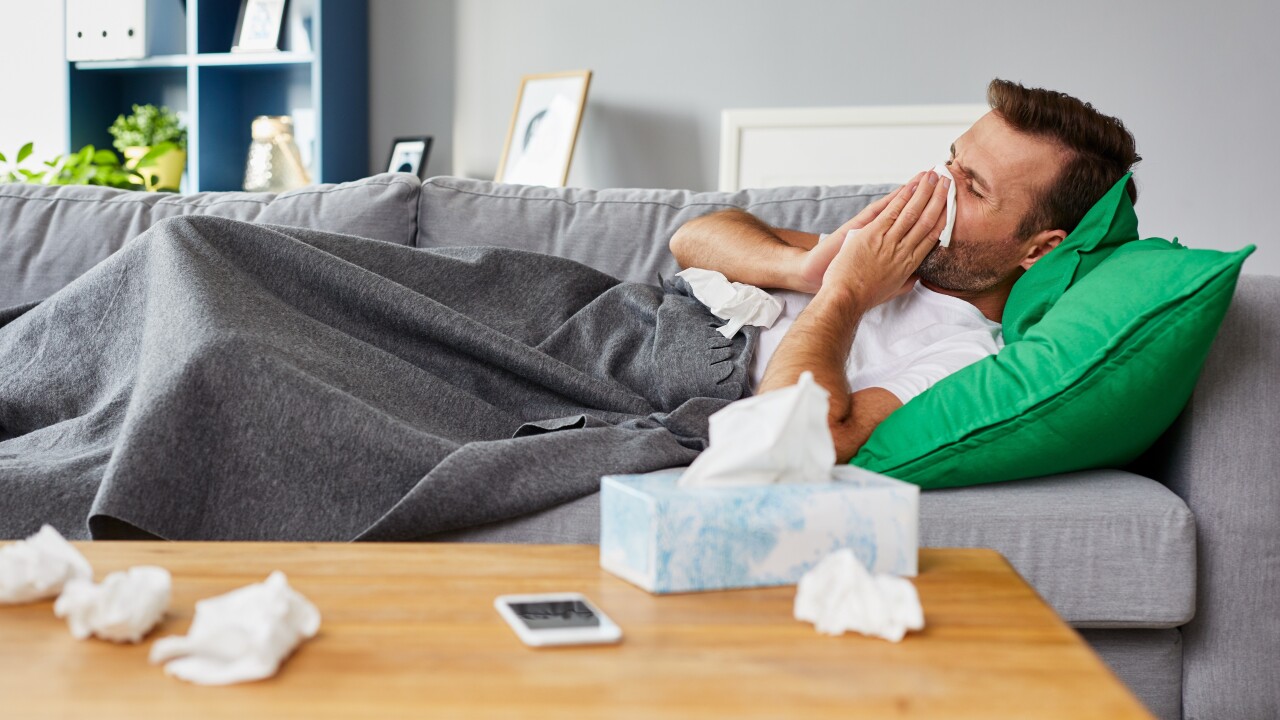 If you’ve ever had the flu, you know how awful it is, even when it’s a relatively mild case. Your head feels like it’s four feet wide and weighs a million pounds. You’re stuffed up, coughing and sneezing, and every bone in your body aches, including some bones you didn’t even know you had.

No one wants to catch the flu.

The 2018-2019 flu season was long, but average in its severity. According to the Centers for Disease Control and Prevention (CDC), an estimated 41 million Americans contracted the flu, 600,000 people were hospitalized and 57,000 people died.

So when your doctor, or employer, or spouse recommends you take precautions against influenza, it’s not just idle talk.

With that in mind, here are seven things you can do to avoid the flu, or minimize its impact this winter.

1. Get Vaccinated Before Flu Season Begins

Vaccination is the number one defense against influenza, and the earlier the better. It’s true that the vaccine isn’t perfect because it has to be formulated a year before the exact makeup of the offending virus is known. Nonetheless, even less effective flu vaccines prevent deaths and reduce the spread.

Very young, very old and immune-compromised individuals need a special flu vaccine that includes adjuvant to promote immune response. A nasal spray vaccine is available for those who can’t, for whatever reason, tolerate an injection.

Being healthy is the second best defense against the flu. It might not prevent contracting the flu, but a healthy body with a robust immune system is most adept at fighting off the effects of flu, and reducing its length and severity.

Healthy bodies need proper nutrition, plentiful hydration, adequate sleep and sufficient exercise to keep muscles strong. Eat plenty of vegetables, nuts, and protein, and avoidance of processed foods, not just to ward off the flu, but to live healthy. Most adults need eight hours of sleep each night.

Hand washing is another important step in preventing the spread of the virus that causes the flu. It may seem weird to wash your hands every time you shake hands, touch something in public use or handle anything that isn’t yours, but it’s necessary to prevent the spread contagions. Use soap and warm water, and scrub long enough to recite the alphabet.

4. If That’s Implausible, Use Hand Sanitizer

Many public venues and office buildings provide alcohol-based hand sanitizer stations, or you can bring a bottle or wipes of your own. They kill cold and fly germs almost as well as actual hand washing.

5. Cover Your Mouth When You Cough or Sneeze

Don’t infect others by coughing or sneezing on them. If we all adhere to this, there would be a lot less spread of cold and flu germs.

6. Load Up on Antioxidants

Beta carotene and vitamins C and E can help boost your immune system and protect against free radicals that attack cells. Find these nutrients in green and orange vegetables and fruits, nuts, peanut butter and salmon, among other foods.

It’s a good idea to avoid shaking hands in the first place, but if that is socially or professionally unacceptable, at least avoid shaking hands with people who are coughing, sneezing, have a runny nose or just appear unwell. Tell then you’re guarding against the transmission of cold and flu. Try not to stand too close to people when they speak and send home any co-workers who attempt to work through being sick.