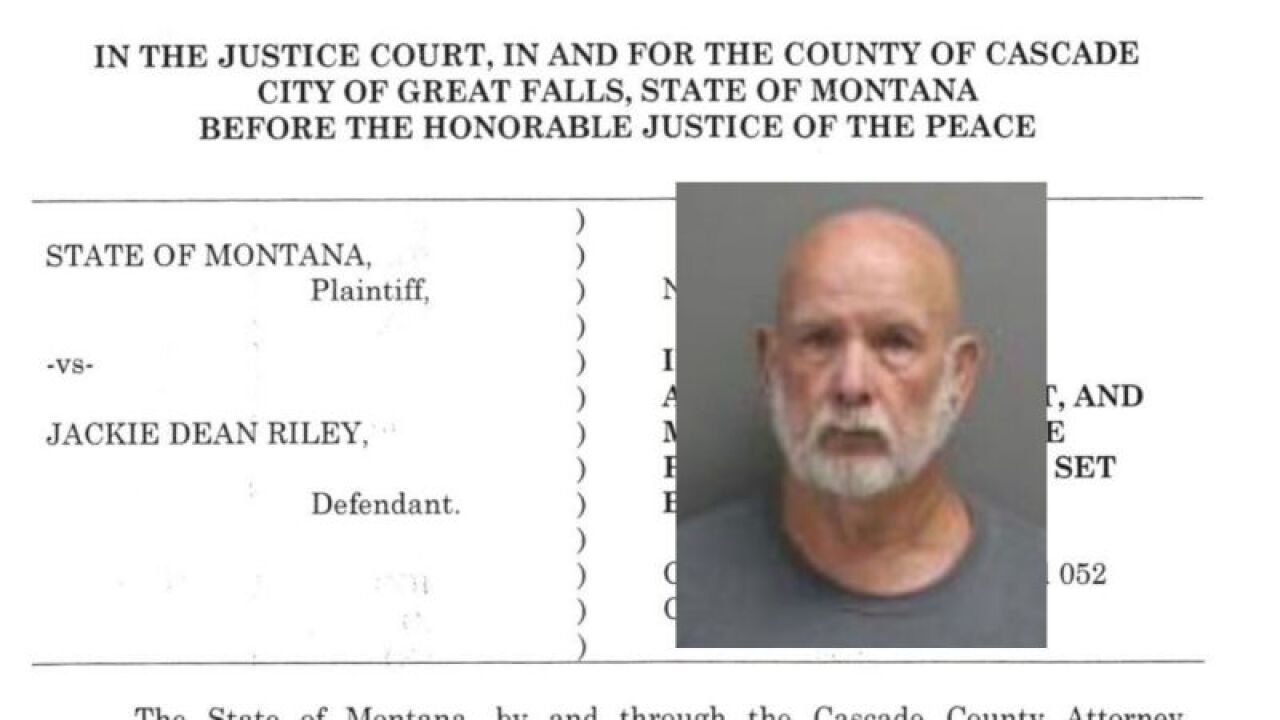 Jackie Dean Riley has been charged with two felonies, and is accused of touching the genitals of two children in Great Falls.

According to court documents, Riley is accused of touching their genitals under their swimsuits while swimming in a backyard pool.

One of the children said she and the other child were also subjected to contact of a sexual nature in the garage on the property at an earlier time that was unknown. At that time Riley is alleged to have touched the girls "on the butt" both outside and inside their clothing.

During an interview with police, Riley reportedly admitted he "may have accidentally touched the girls" but "never in any way that was sexually gratifying" while playing with them in the pool.

Court documents state that Riley appears to have lived for much of his adult life in the Bakersfield, California, area, adding that he has some "minor criminal history" from California from between 1968 and 2003.

Riley, who is listed on the Cascade County jail roster as 77 years old, is charged with two felony counts of sexual assault; if convicted, he faces a minimum of four years in prison, and up to a lifetime sentence.