Sheriff: Visiting Missoula judge ordered a man jailed for not wearing a mask 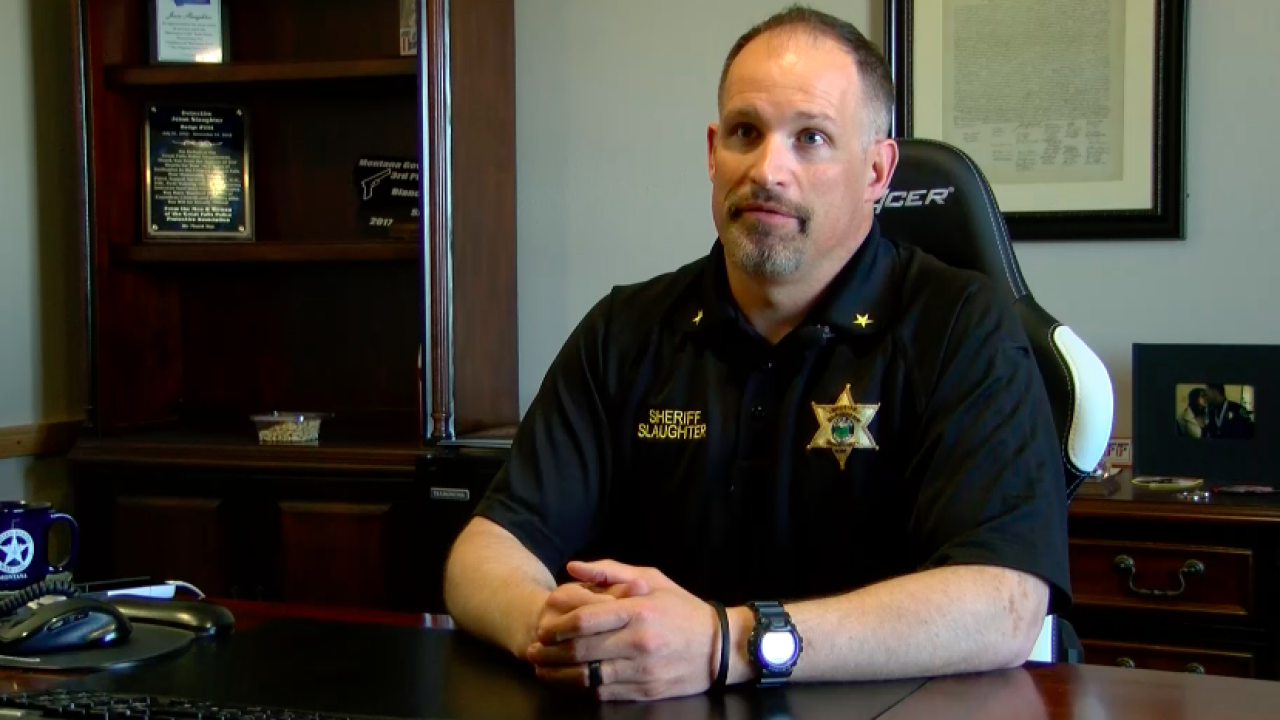 GREAT FALLS — Cascade County Sheriff Jesse Slaughter says that a visiting judge from Missoula, who was substitute-presiding over Judge Greg Pinski's courtroom in Great Falls, ruled a man to be in contempt of court for refusing to wear a mask.

According to a news release from Slaughter, Cascade County resident Phillip Dupaul reported for jury duty for a trial being held by Judge John Larson of Missoula, who was filling in for Pinski.

"This order by the Judge then forced my Deputy (the Bailiff) to have to arrest Phillip and place him in the Cascade County Detention Center. I’m extremely frustrated and disappointed in how this situation was handled by Judge Larson," Slaughter said.

"He did not consult with me regarding his decision. This whole mask order is contentious, to say the least. We as the Government should not be incarcerating and oppressing our citizens during this crisis over a mask order," the sheriff added.

Slaughter said that he is truly sorry for what happened to Phillip Dupaul, adding that "...this was not justice of any kind; this was a Judge who used very poor judgment in our community. I spoke with Phillip and I apologized for what happened to him. He was very upset and worried due to him being incarcerated and our COVID outbreak, and rightfully so. However, he has shown grace and accepted my apology."

We are working to get in touch with all parties involved and will update you if we get more information.

Here is the full news release from Sheriff Slaughter: