“Working around the clock:” City, county plow crews up against the snowy weather

MISSOULA – Heavy snowfall and stiff winds the past five days have left city and county plow crews racing to keep up with conditions, even as costs begin to mount and the hours add up.

As February closes as one of the coldest and snowiest on record in Missoula, it may also be remembered for the effort put forth by plow crews.

“We’ve been working around the clock trying to keep every piece of equipment working and running since last Sunday,” said Brian Hensel, street superintendent for the city of Missoula.

“Our overtime budget is going to be up and our materials costs are up. But it’s one of those things – we have to do what we have to do. We’ll deal with the budget issues when the winter is over.”

After a generally mild winter, a potent storm rolled into western Montana on Sunday, delivering blizzard conditions. Record snowfall followed, with more than 18 inches accumulating over several days in some parts of Missoula.

With 335 miles of roadway to maintain, city crews have worked around the clock for the past week. Major routes have been the primary focus, though Hensel said his crews are now turning to residential streets.

“Right now, we’re trying to get back into our residential plowing and focus on these streets,” Hensel said. “We haven’t been able to get to those at all since the onset of this heavy snow.”

City and county crews have received a handful of calls from residents complaining that plows are pushing snow in front of their driveway. In some cases, those residents are tossing the snow back into the street, prompting complaints from other residents. 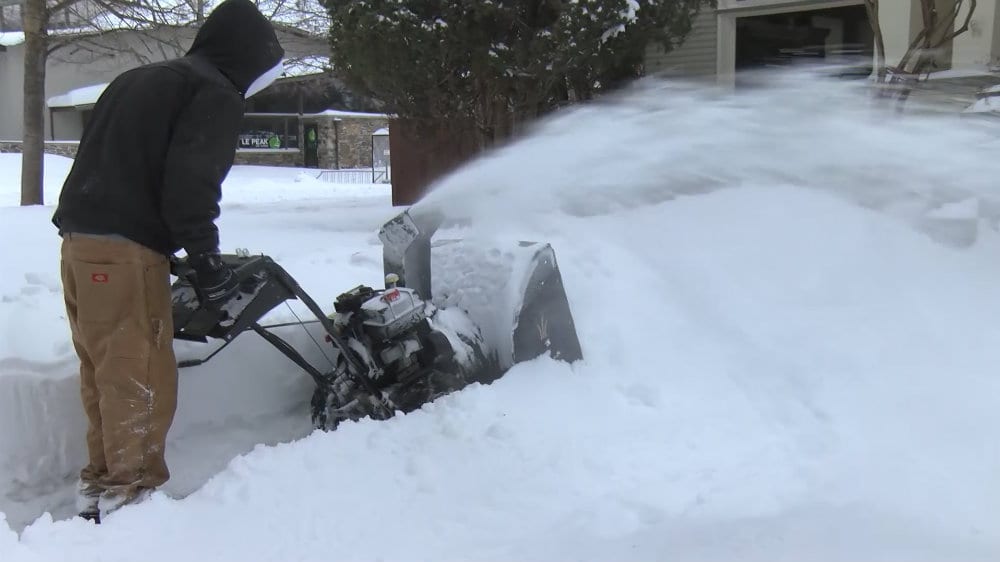 “When people put that snow back out in the street, they could be creating a hazard for someone else to drive on,” Hensel said. “And we’re having to refocus our efforts on going back and plowing that back again. I understand this is a difficult situation, but there’s so much snow here and there’s no other place we can put this snow. We have to focus on the streets we haven’t been to yet.”

Missoula County has received similar calls from some residents saying the plows pushed snow across their driveway. But like the city, the county is running out of places to put the snow.

“In a winter like this, the problem we have, and the problem the residents have, is that we run out of places to put the snow,” said Erik Dickson with the county’s road’s division. “We’re getting a lot of complaints about berms left at driveways or people getting plowed in. Unfortunately, that’s the worst part of the service we provide.”

The county maintains 474 miles of roadway and 18 dedicated plow routes, including 14 in Missoula. Under normal conditions, crews touch every mile of roadway within a day or two of a storm. If the storm abates and no fresh snow accumulates, Dickson said, then crews will return for more maintenance.

“The city annexations have helped us out because it’s a few less miles we maintain,” Dickson said. “Generally speaking, we try to get to those 18 snowplow routes in an eight-hour day. Our overtime budget is pretty safe right now and our fuel budget is good.”