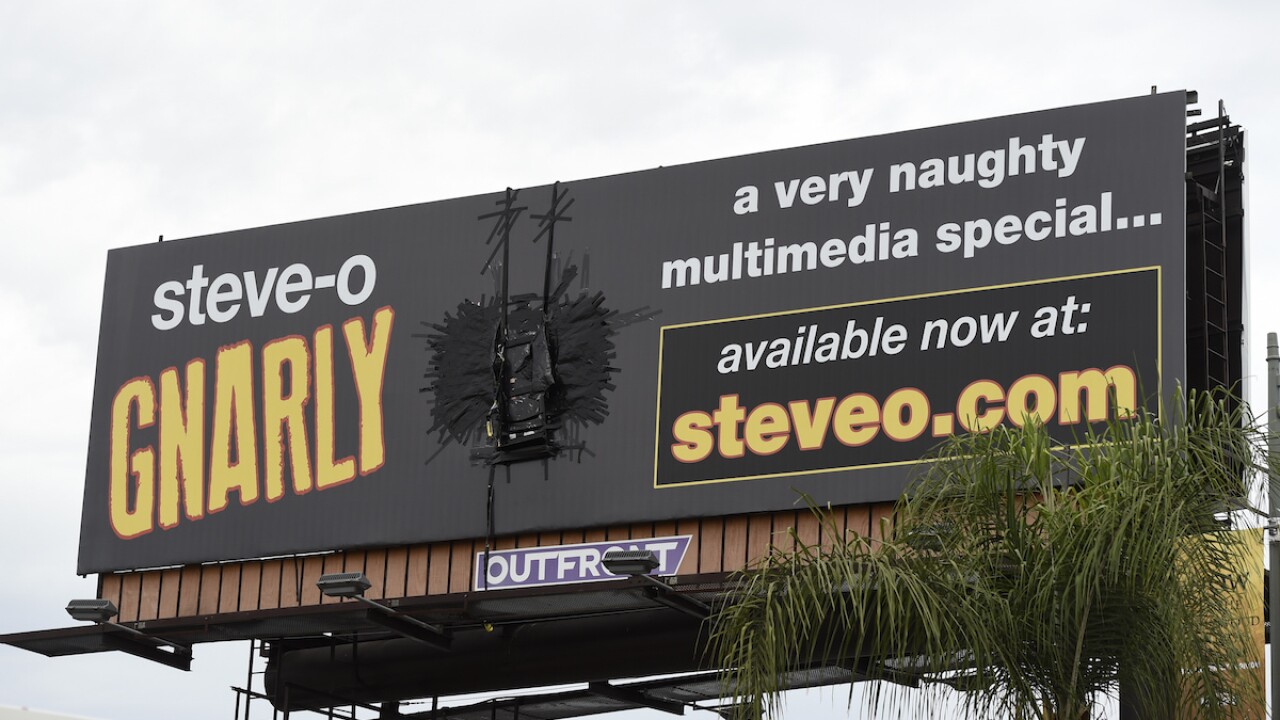 Copyright 2020 The Associated Press. All rights reserved.
Chris Pizzello/AP
Duct-tape is seen on a billboard for television personality Steve-O's new multimedia special "Gnarly," Thursday, Aug. 13, 2020, in Los Angeles. The performer had duct-taped himself on the billboard as a publicity stunt before a Los Angeles Fire Department crew safely rescued him. (AP Photo/Chris Pizzello)

The Los Angeles Fire Department safely rescued TV personality Steve-O on Thursday after he duct-taped himself to a billboard as part of a publicity stunt.

According to the Associated Press, Steve-O duct-taped himself to a billboard as a stunt for his new multimedia special "Gnarly."

The fire department was dispatched to “an apparent single patient behavior emergency,” at about 9:35 a.m. PT, according to the agency's Twitter account.

A video on CBS Los Angeles showed the prankster being removed from the sign.

Variety reported that Steve-O was not hospitalized.

According to KTLA, the "Jackass" star was not arrested.