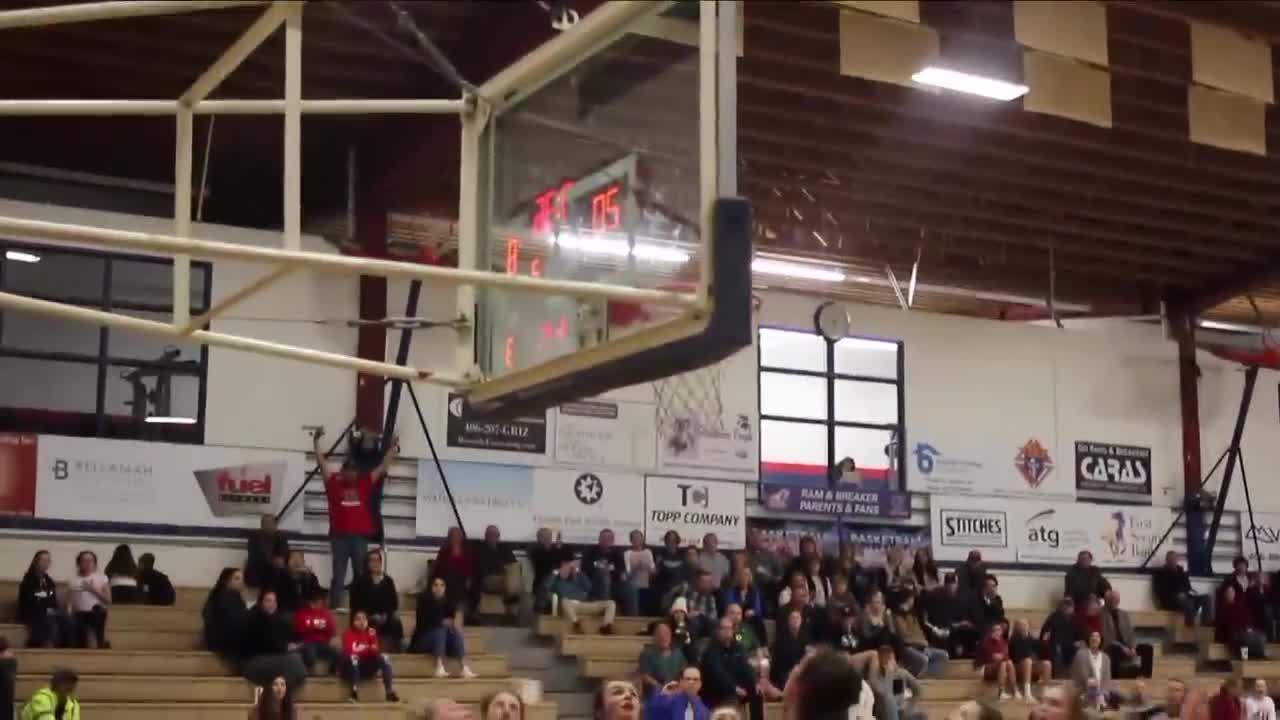 MISSOULA — Over the past two weeks we've met the nominees for the KPAX sports awards from Valley Christian, Sentinel, Big Sky and Hellgate. Now, we turn to the final school in Missoula in Loyola Sacred Heart.

The two Loyola nominees are Liam Haffey and Sydney Koppang. The duo join nominees from Big Sky, Hellgate, Loyola and Valley Christian for the KPAX scholar athlete award. The winners are each awarded a $1,000 scholarship.

Haffey was a tri-sport athlete who become a team leader in basketball, football and track and field. Haffey also impressed in the classroom, earning all academic honors eight times.

He'll be heading to Carroll College in the fall and will play on the football team.

Koppang was also a tri-sport athlete, competing in soccer, basketball and track and field. She also accelled in the classroom, maintaining a 3.99 GPA through high school and becoming the Vice President.

Koppang will be heading to MSU in the fall.

Playing football was never my favorite thing to do. Sure, I loved watching and following the sport, but the desire to play was always missing for me. The main reason I played football growing up was because all of my friends were doing it. During those years, my goal was the same as it is for almost every other young player, to become a quarterback. I felt that I wasn’t too bad at quarterback and maybe I could stick with it. However, as I got older and grew a lot bigger, the possibility of being a quarterback all but ended. In my seventh and eighth grade years, my size was needed on the line, so that is where I played. I didn’t really enjoy it. By the end of my eighth grade season, football was nearly out the window for me. I still vividly remember having a conversation with my Dad about it. We were in Yakima, WA, for a basketball tournament. We went to a burger joint to see if we could watch the Pacquiao v. Mayweather fight. I told him that I did not want to play football in high school and that maybe I would try something else.

The summer before my freshman year came around and I was still on the fence if I even wanted to play. I attended a football meeting and got some information about team summer events. My family and I decided it would be best for me to at least try it out. So, I signed up for the Montana Tech team football camp. While we were at camp, the incoming freshmen stayed overnight in the same racquetball court with the seniors. The downtime we spent in that room laid out everything that I needed to know about playing high school football. All of the people in that room were great people - people I knew I could spend a lot of time with. While my love for the game itself was still not quite there, being around my future teammates helped me, and gave me confidence that they would be supportive of me through anything.

After Montana Tech camp, it was determined I would be playing on the offensive line, which logically made sense, but still was something I didn’t really want to do. However, I very quickly realized how lucky I was. The upperclassmen on the offensive line and my coach showed me what it meant to play that position. They all gave me a reason to want to play. As our first varsity game approached, I realized our team special. That year, our varsity squad ran through every team we played, winning each game by more than the last. Being able to experience “Friday Night Lights,” if even just on the sidelines, made me fall in love with the game. Fortunately, we made it all the way to the state championship that year. We were undefeated heading into that game, and then the unimaginable happened. We lost the state championship on a last second Hail Mary pass. The feeling I got from that was indescribably bad. However, losing that game taught me so much more than if we had won.

The next year, I came back hungrier and earned my spot on the starting offensive line. I learned so many lessons, and built relationships that will stick with me forever. Our team lost out in the semi-finals that year in a heartbreaker in Shelby, MT. Feeling that stinging pain of losing by one point drove me, my class, and the class ahead of me to come back the next year and take what was ours. Junior year, I broke out of my shell. The game became everything to me. We made it back to the state championship again, and even though we lost, that 4-month span was the most fun I have ever had in my life.

High school football changed my life in so many ways. There were many ups and downs. I learned lessons I will never forget and built relationships with people from all over the state that I know will last a lifetime. Most of the experiences I have had, you just can’t put a price tag on. I can honestly say that high school football has been one of the best things that ever happened to me and helped shape who I am today.

People often underestimate the meaning of the phrase “nobody’s perfect,” myself included. Starting off my senior year of basketball with the best group of girls was the perfect start to a perfect season. I find myself everyday since the season ended wishing I could have stepped out on that court one more time with teammates that I cherished. Throughout the year, game by game, we showed the fans, families, and students everything a group of high school girls could accomplish. But how it ended showed me much more.

My basketball career started in the third grade by winning the Mile High Classic tournament in Butte. With this year’s state basketball tournament happening at the Butte Civic Center, I had all of the motivation I needed to finish my last ever tournament as a high school senior with that first place trophy. At the beginning of this very special season, our team had one goal in mind: win three first place plaques, as District, Divisional, and State Champions. Going into the State Tournament, we were undefeated, had received two of those three plaques, and were not going to fall short of our goal.

The state semi-final was held on Friday, March 13, at 3:00. Little did I know that would be the last game I would ever play. I remember at halftime I walked out of the locker room and looked in the stands to see all the people that were there to support the Breaker basketball team. Smiles filled their faces, and in that moment I knew we were going to win and make it to the state championship game the following day. The community Loyola has brought into my life was all around me that afternoon in Butte, and that is something I will never forget.

After winning the state semi-final, I walked out and saw my dad’s eyes fill with tears. Pure joy. Those are the only two words that can describe that moment for me. Pure joy. We were onto the state championship and one step away from reaching our ultimate team goal.

Later that night, my world seemed to flip upside down. As a team, we sat in the hotel lobby eating our dinner together when we received the phone call that would end our perfect season. The state tournament had been canceled. My head went straight into my hands. I had never felt a feeling worse than that, and I began to feel sorry for myself. It wasn’t until I started receiving hugs from everyone on my team, and most every parent of the girls as well, that I realized the end of our journey wasn’t about the state championship getting canceled. It was about appreciating the people and the memories that my four years at Loyola have brought me. I can’t think of a stronger, more tight-knit community than the one that has been presented to me through my high school.

The families that have become my home away from home are what matter most. I have found people that will be in my life forever due to my involvement in sports at Loyola. I wouldn’t change a single thing about this season, or any other sports season, because I got to do it all with people I love and respect. Someday I am going to look back and remember this PERFECT season as something that built me into the person I have become, because I was surrounded by people that made me the best version of myself. That is perfection.