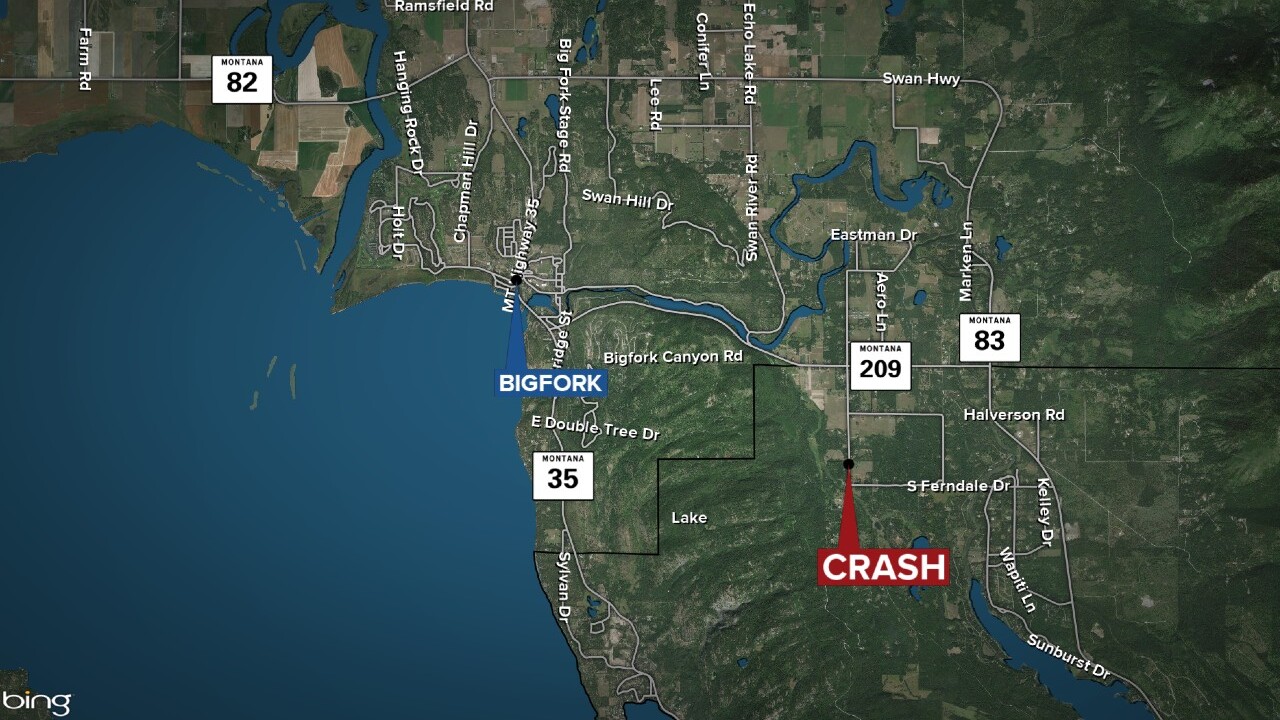 BIG FORK — The Montana Highway Patrol responded to an accident near Bigfork Saturday afternoon that left one man dead.

MHP reports that a 51-year-old male was driving northbound on Crane Mountain Road when he missed a curve.

The driver over-corrected his vehicle multiple times, finally driving off the side of the road, and hitting a tree head on.

The driver, a Bigfork resident, was pronounced dead on scene.

Officials say he was not wearing a seatbelt. Speed and alcohol were also suspected factors in the crash.