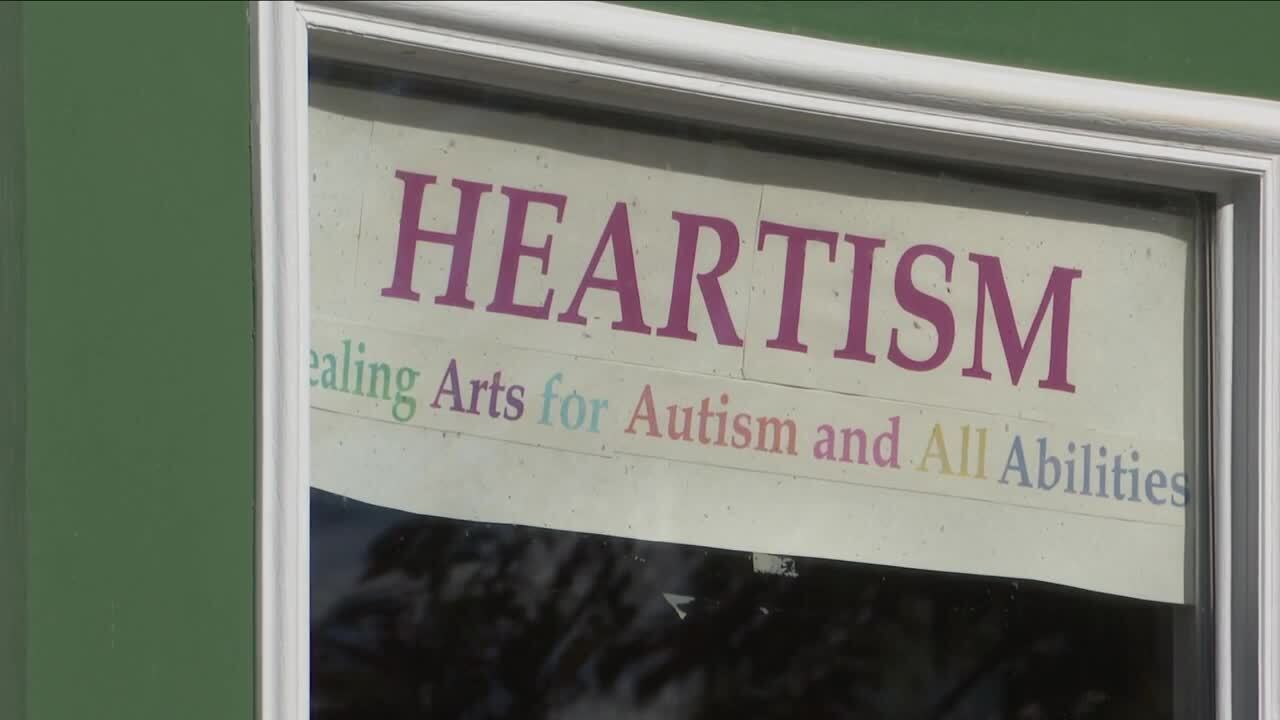 CORVALLIS — Nearly every industry has suffered at the hands of COVID, but for one non-profit in Corvallis, the pandemic hit particularly hard.

“We've all been isolated, we’ve all been struggling to get through this pandemic, but families with special needs even more so because our kids don't understand,” said founder of Heartism Jessica Fitzpatrick.

Heartism, a project of Bitter Root RC & D, uses the arts to educate and socialize kids on the autism spectrum.

On March 13, the non-profit closed its doors. Fitzpatrick worried for the long road ahead for the families who frequent the center.

“We didn't know how long it would be. We're thinking a few weeks, maybe a month, and then months turned into many more months, and so you know we were looking at the possibility of having to shut down completely.

If the closure proved anything, it’s just how vital the center is to the kids who use it. Fitzpatrick saw that firsthand in her own daughter, 15-year-old Sequoia who was diagnosed with autism over ten years ago.

“My daughter was devastated,” said Fitzpatrick. “She went from waking up each day and looking at her list of to-dos, going to school, going to therapy, having a playdate with one of her helpers, going to the gym, but all of these things are canceled, so all of a sudden it's like wake up in the morning and what are we going to do today...we're going to stay home. Well, that's her least favorite thing so it was weeks of adjusting and with her just being devastated because her schedule and her routine was demolished.”

Fitzpatrick says COVID was yet another piece in the puzzle that is autism, but she and her team were determined to reopen the center. With a little support from the Montana Coronavirus Relief Fun, they’re well on their way.

“We received the social services grant for $10,000, and we're using that money to pay for rent and operation expenses. We’re covered through the end of the year which is fabulous.”

Not only has the Heartism rebounded, but they’re also coming back stronger than before.

During the closure, the staff completed training to become the first and only certified autism center in the state of Montana. They were able to complete the training with a grant from the Dennis and Phyllis Washington Foundation.

“I think this community center could be a blueprint for communities everywhere, said Fitzpatrick. “I think it's really important for people with autism and people of all abilities to have a space that they can call their own.”

Heartism is still waiting to resume normal group activities at the center. For the time being, they plan to meet as a group in the outdoors or through Zoom.