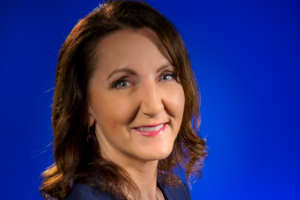 What is your job?
Anchor of the 5:30 News with Jill Valley, the MTN 9:00 News on CW Montana and the KPAX 10:00 News. I am also an Emmy nominated reporter and have won the CB Craney Montana Broadcaster of the Year, Reporter of the year and Program of the year multiple times.

When did you start working here?
I started my TV career at WOWL-TV in Florence, Alabama where my very first story was about a double murder. I then landed a reporting and anchoring job at KECI in Missoula before moving to KPAX TV as anchor and Asst. ND

Where did you go to college?
I attended Washington state University and earned a bachelor’s degree in Communications with a political science minor.

Where did you grow up?
I grew up in Spokane, Washington.

What are some of the biggest news stories you have covered or led coverage of?
Some of the biggest stories of my career involve the murder of three women at a Florence, Montana hair salon, a plane crash in Glacier park where all on board were presumed dead---but then two victims walked out of the wilderness. 20 years after a newborn was found in a Missoula dumpster, I caught up with that child, now a grown woman, to see how her life has been since that fateful night. I also broke the story of two man who served 20 years for murder but not only did the DNA exonerate them, it pointed the blame at another man. And I’ll never forget the night an avalanche roared down a hillside in Missoula’s Rattlesnake Valley, destroying a house and burying multiple people in a blizzard—and then watching as dozens of citizens showed up with their own snow shovels to try to save the victims. That moment exemplified what this community is about.

What do you love about living here?
I love living in Montana because you can hike a mountain and float a river all in the same day. A moose wandering through the downtown area isn’t that uncommon. And when it really counts, Missoulians step up.