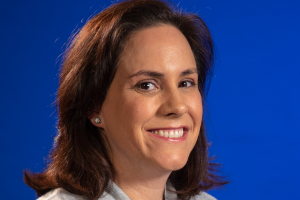 What is your job?
I guide day-to-day editorial content including breaking news; review daily newscasts to ensure quality control; write copy and edit scripts for air and web; work with news director and other managers to executive superior coverage of major events including elections, debates, special events and sports.

When did you start working here?
November of 2003

Where did you go to college?
University of Wisconsin-Stevens Point with BA in Communications emphasis in Journalism and Political Science

Where did you grow up?
Two Rivers, Wisconsin - Home of the Ice Cream Sundae

What are some of the biggest news stories you have covered?
I was part of team at WGBA nominated for an Emmy for our coverage of a fatal plane crash at the EAA Airventure show in 1999. I was a production assistant for WGBA & WLUK Green Bay Packers Super Bowl coverage in 1996 and 1997. At Root Sports, I was a producer for our coverage of the Red Wings in the 2002 Stanley Cup; lead coordinator for Root Sports coverage of the 2001 All Star Game in Seattle. While working for KPAX, I have been honored with numerous Montana Broadcaster Association newscasts of the year, breaking news and enterprise awards. I was the executive producer for MTN news coverage of President Barack Obama's rally in Belgrade in 2006. And I lead our coverage of the wildfires in 2007 and 2017 including co-producing a statewide program calling for donations for residents and businesses that raised hundreds of thousands of dollars.

What is your philosophy on news?
Be fair, accurate, uphold the highest standard of ethics and be honest.

What do you love about living here?
The mountains, lakes and rivers and our family cabin on beautiful Holter Lake.