Hunting for Bucks: How Montana pays out up to $15K every hunting season

Millions of dollars are handed out to Montana landowners every year, but only if you own the "right" piece of property. 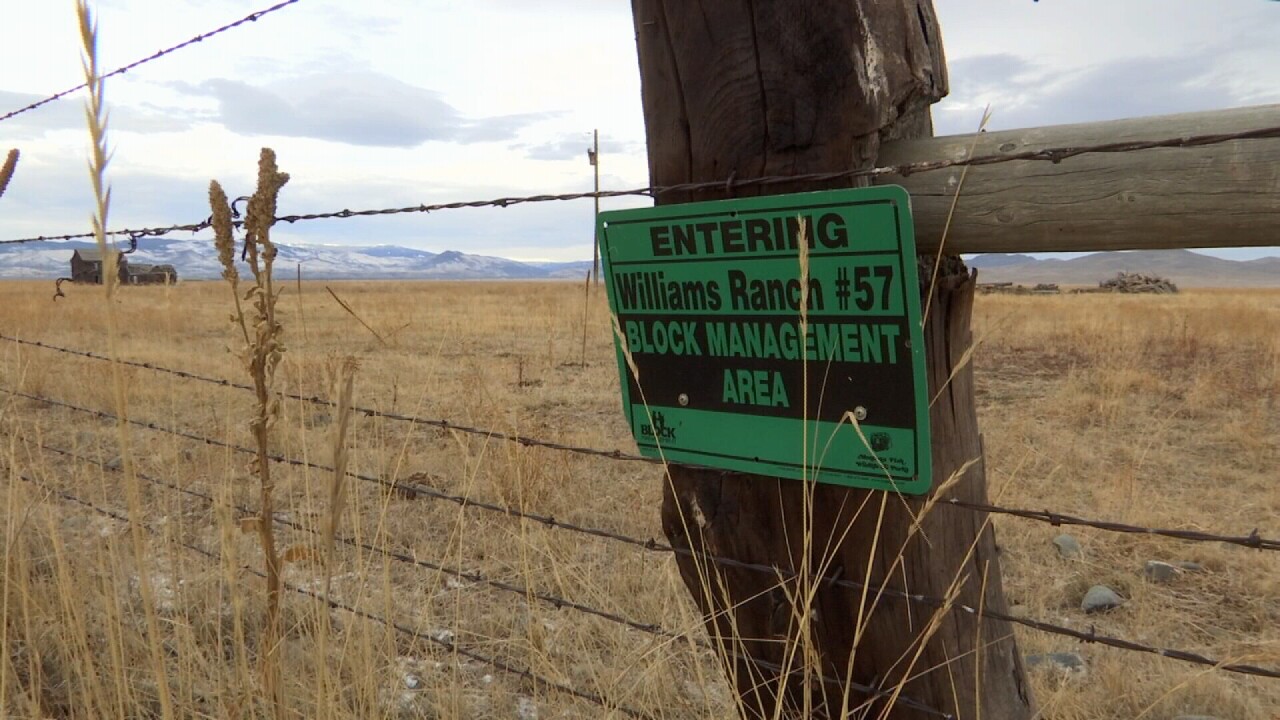 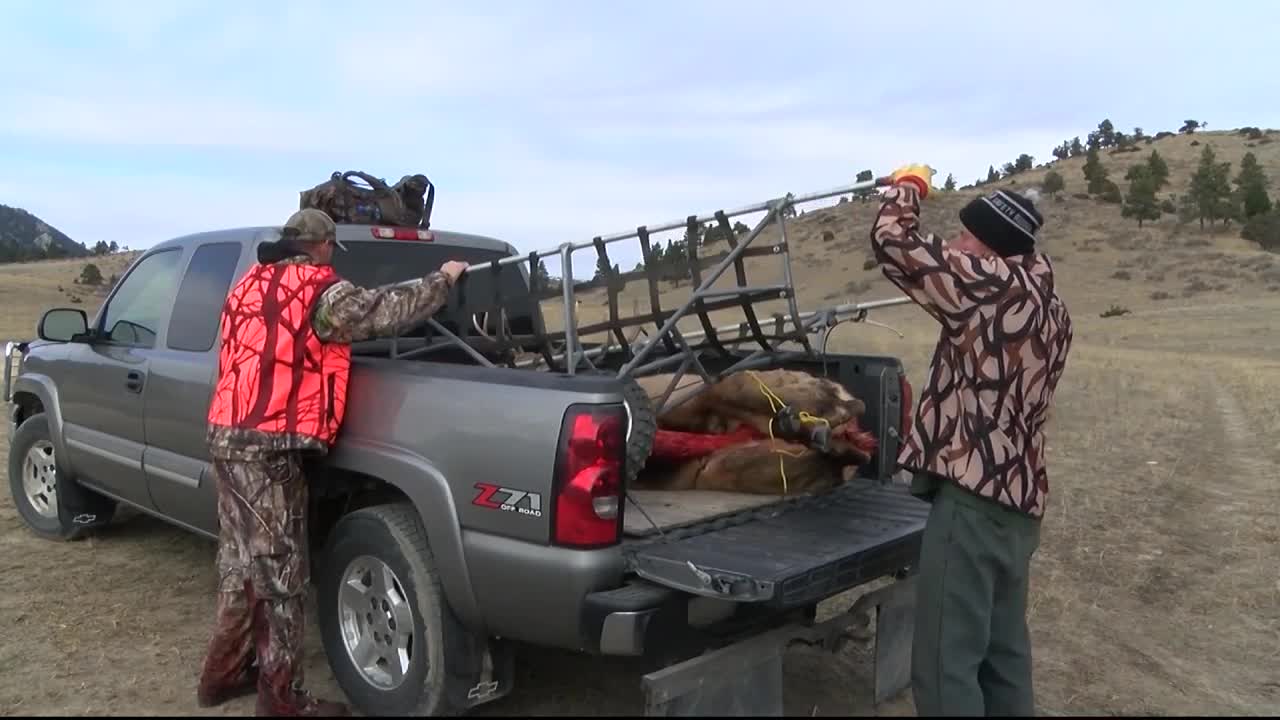 During Montana’s hunting season, millions of dollars come into Montana through the cost to obtain licenses, gear, guiding opportunities and hunter education.

As it turns out, millions of those dollars then go back into the hands of Montanans, but only if you own the right piece of property. Not everyone can take part in a state-run program called Block Management. But for those who can, MTN Investigates is learning the payout can be lucrative. The state collects roughly $6 million in license fees to be paid back out to landowners, just for letting hunters onto their property.

“Well, we get a pretty good check from our Block Management,” said Toston rancher Tom Williams. “We put it back into the ranch.”

And for those like Williams, who work in an ever-evolving industry like cattle ranching, participating in Block Management even provides a sometimes much-needed safety net for the family business.

Hunting for bucks: How Montana pays out up to $15K every hunting season

The Montana Legislature created a program in 1985 to open land to hunters with help from property owners. Back then, a landowner could make as much as $8,000 a year depending on the number of hunters who used their access point.

Each year the payout grows, while the acreage of participants seems to decrease. To participate, landowners place a check-in box and some signs on their property and even get to make their own rules.

According to FWP, the current program payment structure ensures that each landowner received at the minimum a $250 annual enrollment payment. There are roughly 900 Block Management areas across Montana, with those in southeastern Montana making the most money.

The payments are calculated on the use of a property.

Landowners can customize their Block Management access points to reflect how they want their land used. There is no minimum number of acres allowed to take part, and the goal is to manage game and give access.

Jason Kool, the hunting access bureau chief for Fish, Wildlife and Parks, said half a million hunters take part every single day in the program.

He says many times the landowners worry how their land will be treated by hunters they likely do not know.

“It is so customizable and can be so beneficial to the landowner. You generally get better behavior from hunters on private land,” said Kool.

He said the whole purpose of Block Management is to build relationships between hunters and landowners.

“A lot of Montana landowners are diverse. Every property is different,” said Kool. “Other states do it differently. There’s good things and bad things, but it’s a model that works for Montana and seems to be flexible for landowners.”

Meet the hunters who use it

Near Helena, hunters Jim Gillespie and Zhaun Paddock are seen hauling a bull elk out of the hills.

“It was a good day,” said Gillespie.

The area they’re hunting on is owned by a property owner who participates in Block Management.

Gillespie said he had been eyeing the area for a couple of days.

“So, I left the house this morning in the dark with a head lamp and I told the wife, 'I’m going to go see if I can get one of those bulls we saw last night.' They were there first thing this morning,” he said.

These hunters say they often sign up to visit this access site because they respect the land they’re being allowed to use.

Kool agrees and says the program allows hunters to police other hunters to make sure everyone is honoring the rules.

“Other hunters value that opportunity so they’re always watching to see and make sure that all hunters are abiding by the rules,” said Kool.

Gillespie also says it's because the access is so good.

“Without this access, there’s no way we’d be out here,“ he said.

Near Toston, where rancher Tom Williams says the wind blows on a constant basis, green and orange Block Management signs are posted in various locations across his property.

His cattle ranch has been in his family for decades. Williams was born and bred a cattle man.

Williams takes part in Block Management and each year, and the state of Montana pays him a hefty sum. Williams hits close to the cap of $15,000.

He says he likes the program because it gives the hunters a place to go, and he can set the rules.

One rule: hunters aren’t allowed to rifle hunt near his house or where his cows are pasturing, so the livestock don't get shot. If they do, Williams can file a claim under the state's livestock loss reimbursement program. During the 2017 hunting season, five claims were filed, three denied and two were paid out of sportsmens' license dollars.

“We allow everybody in. We don’t guide anybody. They ask where the elk are and we say well, there’s some up there,” he said.

It’s just that easy, according to Williams.

That being said, he also knows not everyone is a fan of Block Management.

How is Block Management paid for?

With roughly $6 million being paid out to the Block Management program, naturally MTN Investigates wanted to follow the money trail.

Turns out, the money comes from hunting licenses and some federal dollars.

“So mostly it’s all hunters paying for it. There’s no general tax revenue,” said Kool.

The Block Management program brings in about $6 million a year. Here's the breakdown of that money:

Montana also participates in something called the Pittman Robertson fund, which is tax from the cost to buy firearms, ammunition, bows and arrows.

No general fund or tax funds are used to fund the program, said Kool.

Could changes be coming?

Although there seems to be support for Montana’s Block Management program, Kool said in the future, the way the program is administered may have to change with the use of technology.

Currently, hunters use a wooden box and paper sign up sheets currently as they walk themselves into an access point. Sometimes Williams says the boxes on his property fly open from the wind, and maps and papers come flying out.

A fully formed plan to digitize Block Management isn't ready yet, but it's something Kool would like to see in the future.