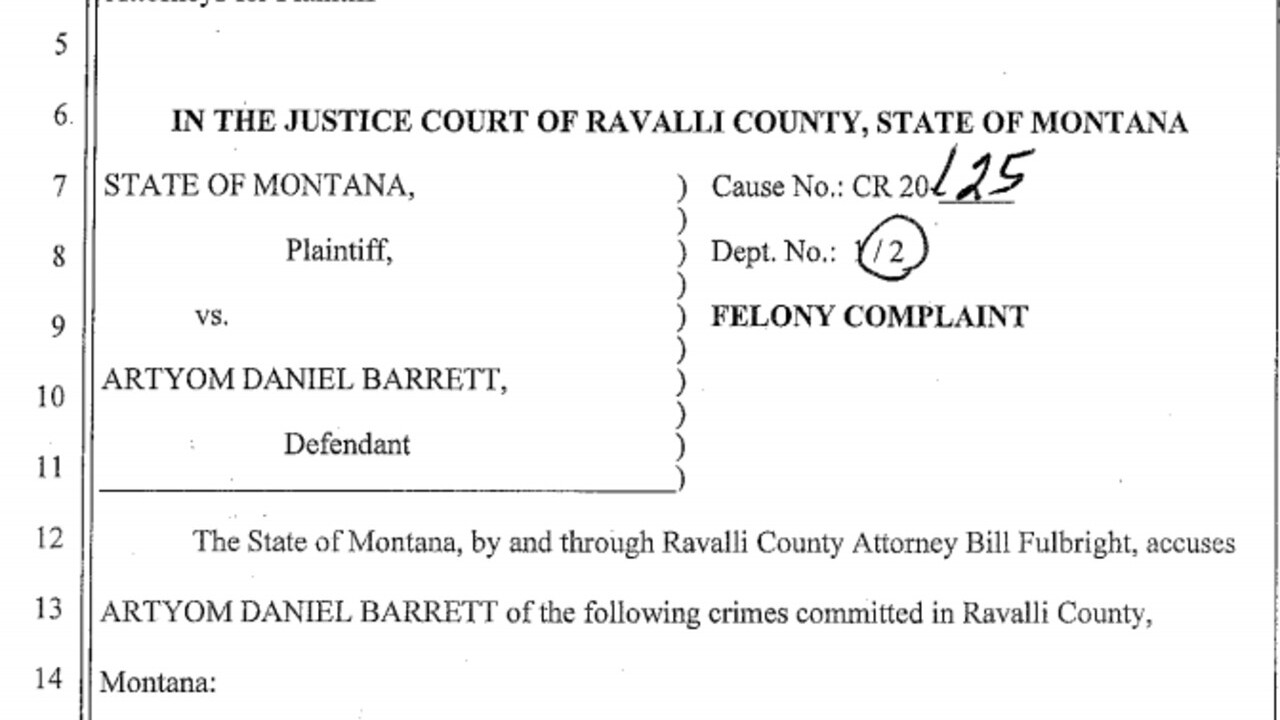 HAMILTON — A Hamilton man was charged Wednesday in Ravalli County court on distribution of child pornography through electronic communication.

Artyom Daniel Barrett, 23, appeared before Ravalli County Justice Jim Bailey and is charged with two felony counts of sexual abuse of children and a felony charge of indecent exposure to a minor.

The detective's review of the Snapchat account also revealed a conversation with a 23-year-old Bozeman male. According to the charging documents, the conversation between Barrett and the Bozeman man included the two discussing having intercourse with children and exchanging pictures and videos of children in sexual situations.

In an interview taking place on May 27, according to the court documents, Barrett allegedly waived his right to remain silent and admitted to sending a nude picture of himself to the underage girl, that the Snapchat accounts in question were his and that he sent images of children in sexual situations to his friend in Bozeman.