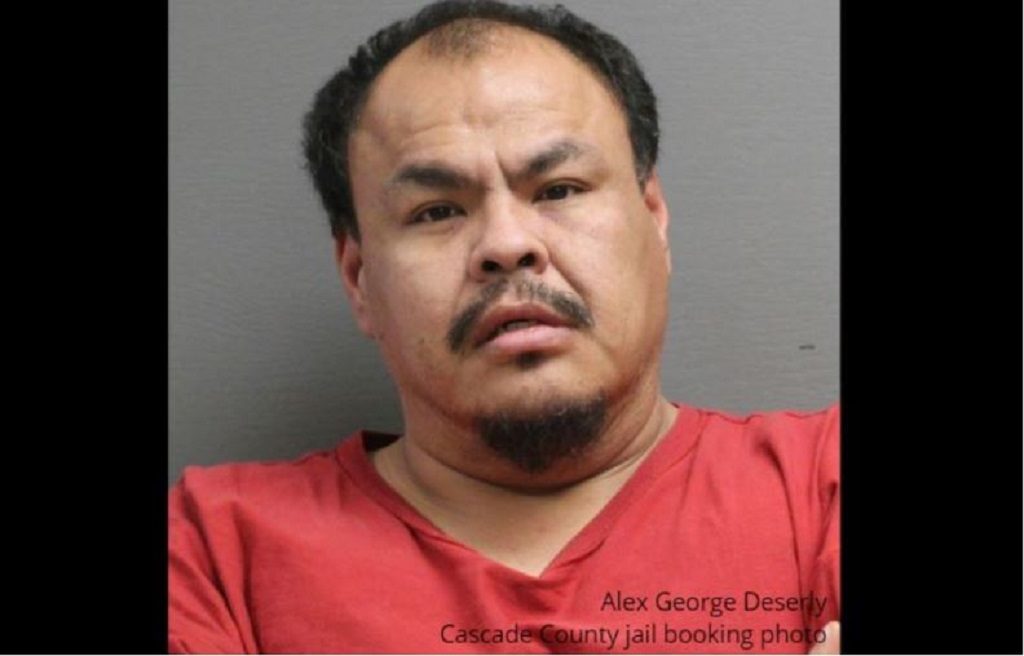 GREAT FALLS – A man has been charged in Great Falls after he allegedly kicked a baby several times.

Court documents state officers responded to a report of a domestic dispute on Wednesday night on 10th Street North involving a drunk man.

When officers arrived the mother of a 10-month old child said Alex George Deserly had been drinking alcohol, grabbed her and then kicked the baby three times in the stomach.

Two people who were also at the residence told police they heard the altercation and heard Deserly through the wall threaten to kick the baby again.

The probable cause affidavit states Deserly initially told police nothing had happened and he had been asleep prior to their arrival. He later changed his story and claimed the woman had attacked him and struck him in the face.

Medical personnel examined the baby and reported finding a mark consistent with being struck.

Prosecutors requested bond for Deserly be set at $25,000, and that if he posts bail he be required to undergo alcohol monitoring.