MISSOULA – One of two men charged with robbing a man in his apartment early in 2018 was arrested by Missoula Police and made his initial appearance in court Friday.

Jaime Canada, along with Steven Simpkins, are accused of breaking into a Turner Court apartment where they assaulted and shot the resident in an attempt to steal the contents of their safe. 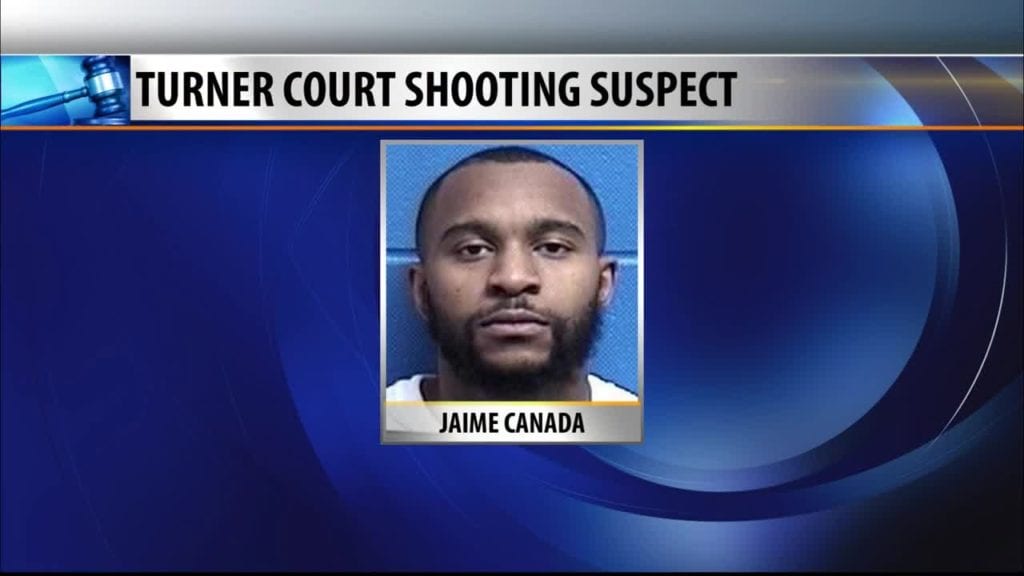 Both have been interviewed by the police and each accuses the other of actually shooting the victim.

According to a police interview with both suspects, they went to the Turner Court apartments to rob one of its residents. It is unclear if the two suspects knew the resident had been selling marijuana out of the apartment, but the victim told police in an interview that he had been.

The victim then tried to open up the safe but after he put in the incorrect password Simpkins and Canada became angry and continued to beat the victim.

According to an interview with police the victim said at one point after he had attempted to get away from the two assailants Canada told Simpkins “move so I can shoot him.”

The victim was then shot in the upper chest and according to court documents after Canada had fired the shot both him and Simpkins ran from the apartment.

Canada claims that Simpkins is the one that shot the victim and Simpkins claims it was Canada.

Canada has had his bail set at $25,000 and is scheduled to make his next court appearance Jan. 4.