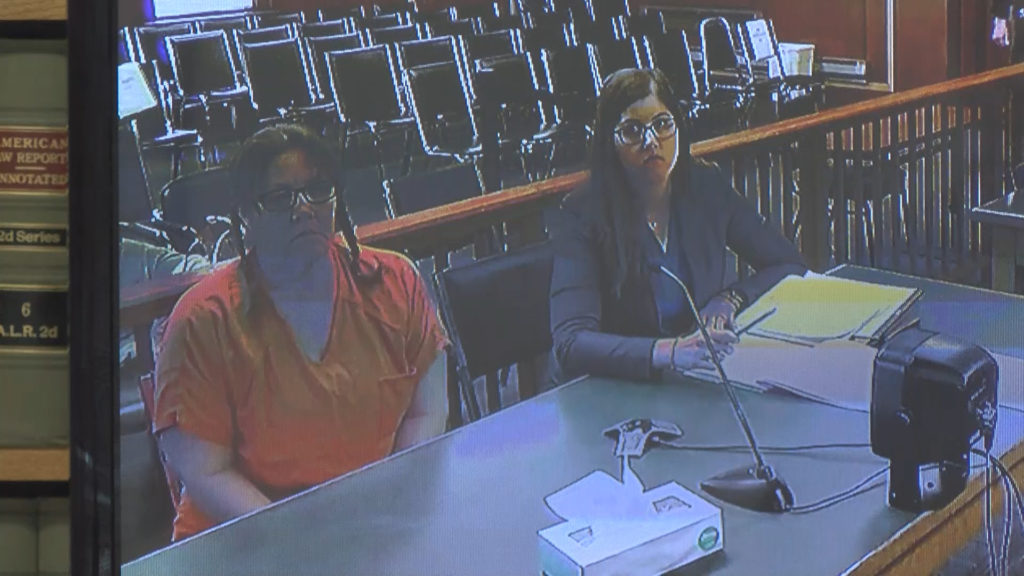 POLSON – A Sanders County woman charged with killing her ex-boyfriend last year entered a plea of not guilty Tuesday morning.

Danielle Wood is charged with killing 50-year-old Matthew LaFriniere at his Thompson Falls home in what authorities are saying stemmed from an ongoing custody dispute.

On May 3, 2018, a co-worker found LaFriniere dead with multiple gunshot wounds under a piece of plywood at his residence off of Airport Road.

A bullet removed from his body during an autopsy matches a handgun that Wood had recently purchased.

Lafriniere’s stepmother also reported that when she had driven by her son’s home on the night of May 2, she had seen Wood’s black SUV parked outside.

Dispatch also received a call from a Tracfone on the night of May 2 that reported a disturbance near Lafriniere’s residence.

That same cell phone number had also sent a strange text message to Lafriniere, and investigators were able to determine that message’s point of origin was the same as Wood’s cell phone during its call on the night of Lafriniere’s death.

Wood and Lafriniere were never married but were in the midst of a longstanding custody battle over the pair’s daughter that began in 2010.

Wood struggles with an addiction to alcohol, which court documents describe as the center of the argument with her and Lafriniere’s custody over their daughter.

Since 2010, Wood has appeared to remain sober for long stretches of time, but in 2017 she relapsed after a court-monitored six-month sobriety.

During the relapse, court documents say their daughter would stay and eat meals with neighbors.

Because of that relapse, the court awarded custody to Lafriniere who then would have to approve any supervised visits with Wood.

Wood was arrested on March 20 at her residence in Polson and remains in the custody of the Lake County Sheriff’s Office on a $1 million bond.

Her jury trial is scheduled for Monday Sept. 16 with an Omnibus hearing on June 18.