MISSOULA – Two people have been arrested after a Wednesday evening high-speed pursuit in the Swan Valley.

Missoula County Sheriff’s Office spokeswoman Brenda Bassett says that a robbery in the Condon area was reported to 911 at approximately 4:30 p.m.

A woman reported an encounter with a male suspect inside her home and when confronted, the suspect allegedly pointed a gun at the woman and then left the home, according to Bassett.

Bassett adds that a reverse 911 alert was also put out to Condon area residents alerting them of danger and asking them to be on the lookout for the suspect vehicle.

The car, which was stolen, was spotted about two hours later on Montana Highway 83 headed northbound.

MHP then initiated a pursuit — that reached speeds of over 100 mph — which eventually led ended in Lake County, according to a news release.

Bassett says the male and female passenger were eventually taken into custody without incident.

The two were taken back to Missoula County where they will be interviews by Sheriff’s Office detectives. 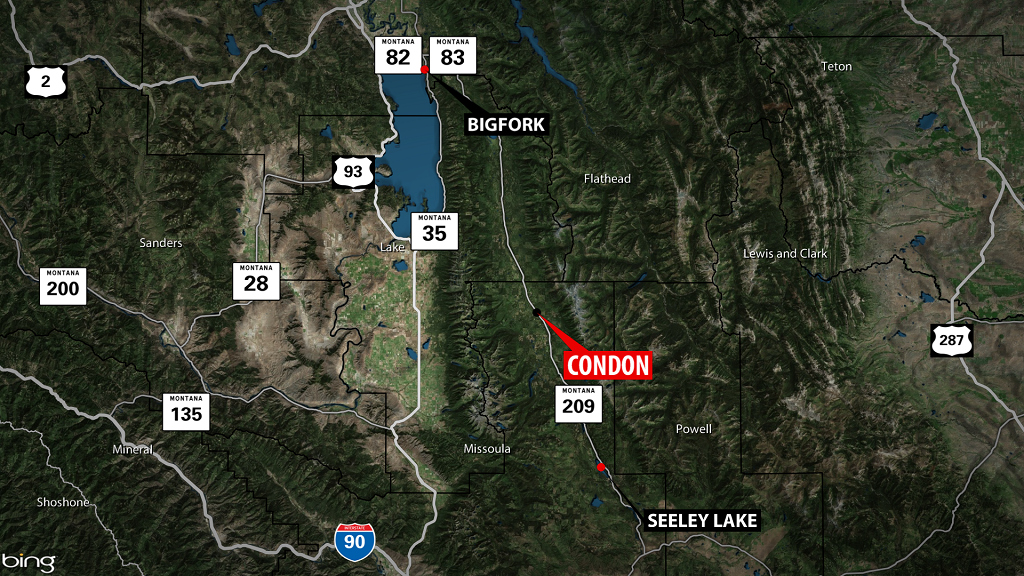