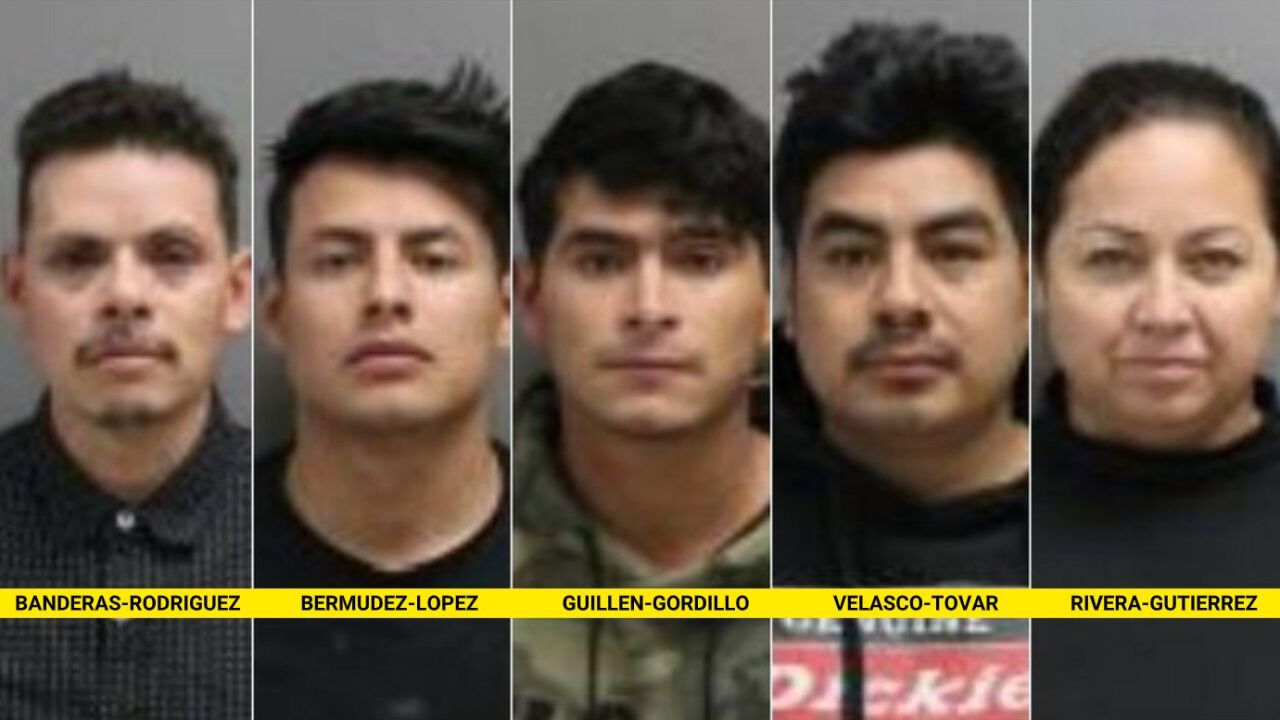 U.S. Attorney Kurt Alme said in a press release that the five defendants were among a total of 19 suspected aliens who were picked up and taken to the Sweetgrass Border Patrol Station for processing.

A tip to law enforcement led to the investigation that later revealed 16 people illegally crossed the U.S./Canada border north of Cut Bank, where they were arrested

The complaint charges the four with illegal transport of aliens and with conspiracy to transport aliens.

Court documents say that in October, law enforcement officers received information about suspicious room rental activity at a Cut Bank hotel by several Mexican nationals over approximately the prior six months. The investigation led Border Patrol agents to suspect a group of aliens was coming into the country illegally from Canada.

On November 17, agents made near-simultaneous traffic stops of two SUVs at about 11:15 p.m. In the first vehicle, driven by Omero Banderas-Rodriguez, were nine passengers. During the stop of the second vehicle, all occupants ran into a nearby field. Agents found eight of them in the field within a few minutes. One of the persons arrested in the field was Josue Bermudez Lopez. Another defendant, Alberto Guillen-Gordillo, was arrested at the hotel room where the subjects had been staying.

Border Patrol agents arrested Ma Mercedes Rivera-Gutierrez during a search of the field for occupants who ran from the vehicle.

If convicted of the most serious crime, the four defendants face a maximum 10 years in prison, a $250,000 fine, and three years of supervised release.

Rivera-Gutierrez, 39, had an initial appearance on a criminal complaint charging her with illegal reentry. If convicted of the most serious crime, Rivera-Gutierrez faces a maximum two years in prison, a $250,000 fine and three years of supervised release.

Of the 19 people that were taken into custody, three are being held to serve as material witnesses in the case, and the other 11 are being processed for U.S. immigration violations. All of defendants are being detained pending further proceedings.

The press release notes the complaints are only accusations, and the defendants are legally presumed innocent until proven guilty.

The Havre Sector of U.S. Customs & Border Protection covers 456 miles of international border, starting along the Montana-North Dakota border to the east and ending at the Continental Divide to the west. The sector consists of six stations (Plentywood, Scobey, Havre, Malta, St. Mary, and Sweetgrass). The stations are all within 45 minutes or less drive to the international border.

People can report suspicious activity to Border Patrol by calling 800 BE ALERT or (800) 232-5378. All calls will be answered and callers can choose to remain anonymous.