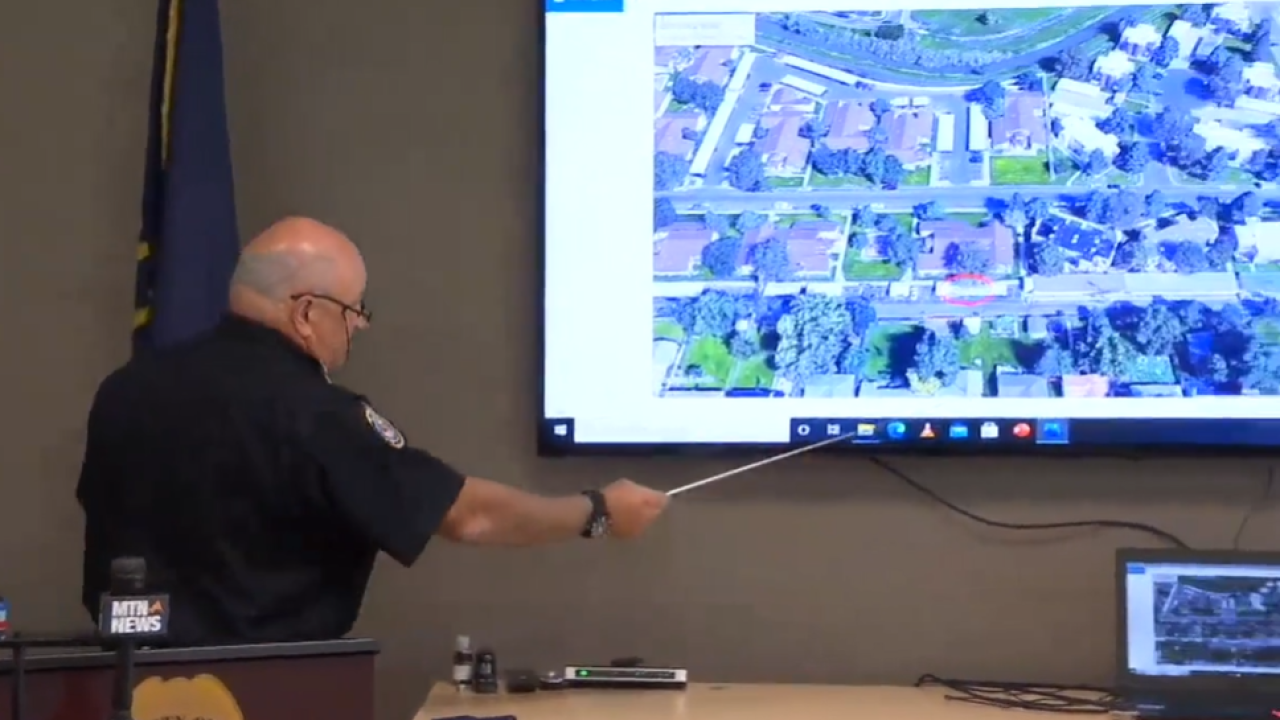 BILLINGS — A 29-year-old man from Box Elder was fatally shot by two police officers after pointing a semi-automatic handgun at the officers.

The officers were investigating a call for "suspicious activity" in an apartment complex parking lot near the 2200 block of Avenue C, Police Chief Rich St. John said at a press conference Tuesday.

St. John said two separate cars with three suspects were parked at odd angles in the parking lot when a neighbor called in the activity around 10:20 p.m. Monday.

Officers tried to detain the 29-year-old man for questioning and he refused to comply. Officers deployed a taser with no effect, the altercation turned physical and officers wrestled him on the ground.

St. John said officers saw the man pull out a semi-automatic black handgun and pointed it at the four officers who arrived on scene.

Two officers, Ryland Nelson and Justin Bickford fired multiple shots at the man. It's not clear how many shots they fired or how many hit the man. He was transported to a Billings hospital and later died of his gunshot wounds.

The two other suspects were interviewed on scene and released that night, St. John said.

St. John said the incident is still under investigation and more information will be reviewed in the process.

Watch the full press conference below: