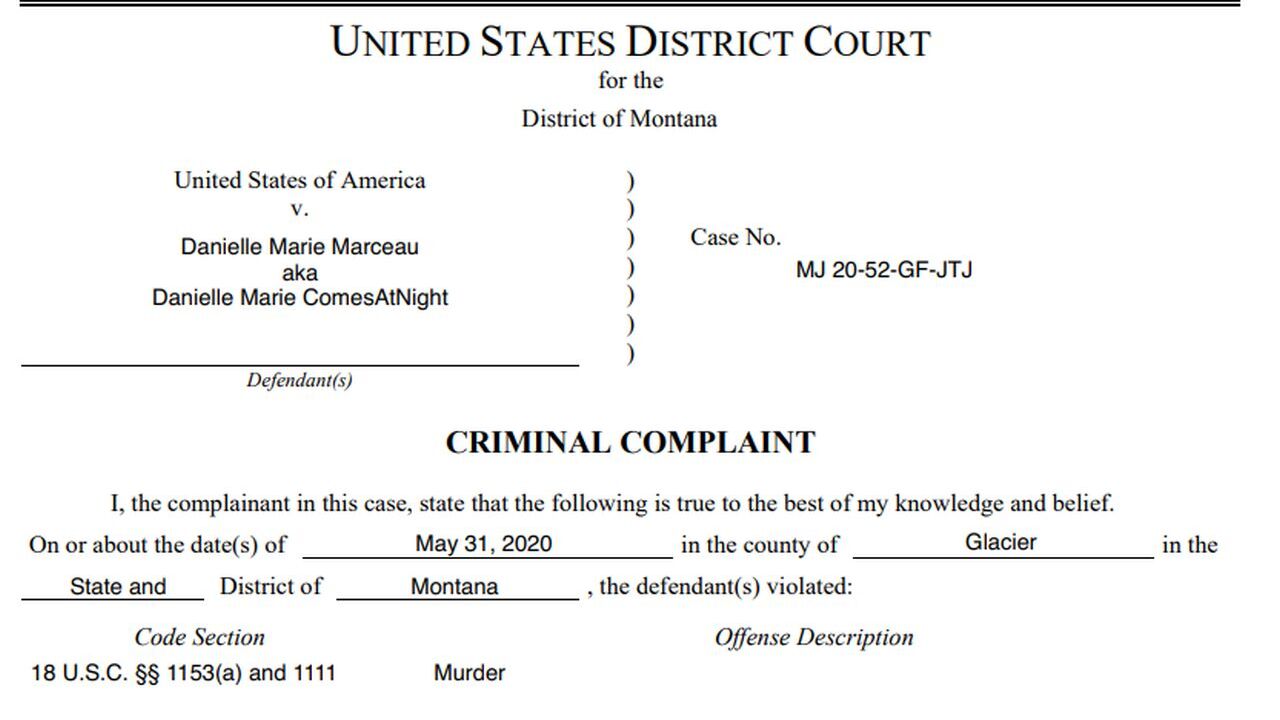 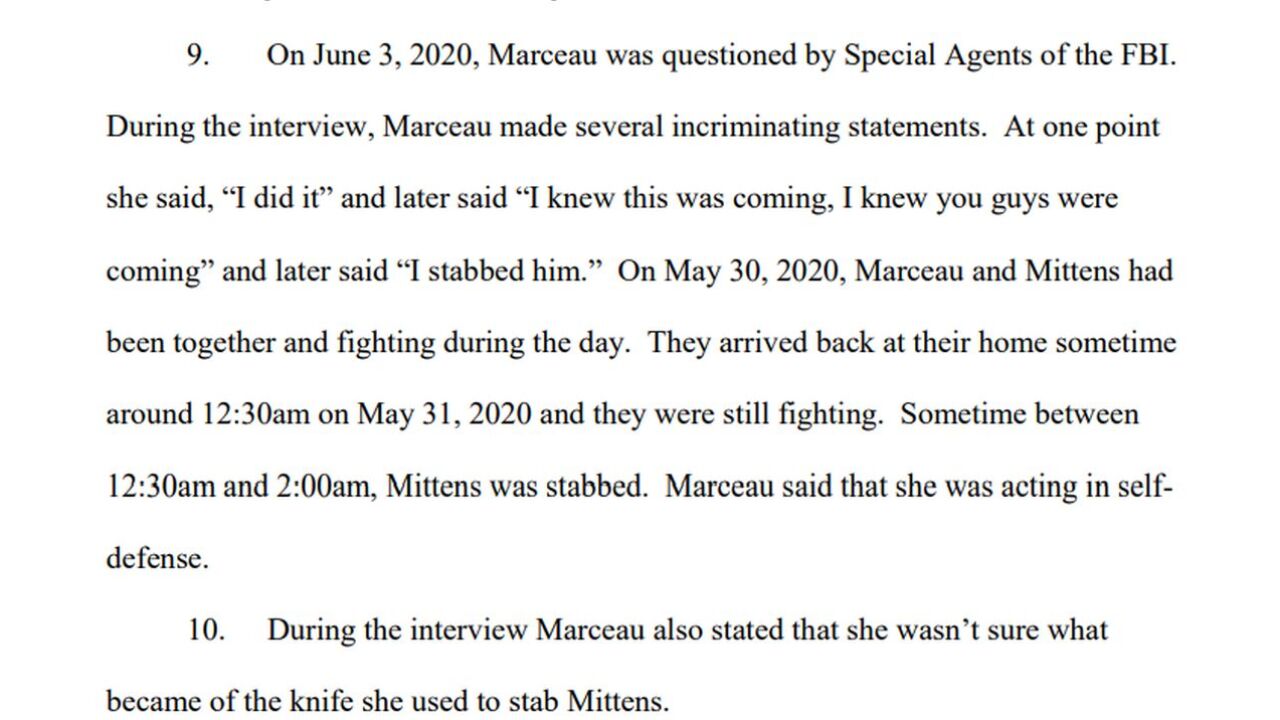 Danielle Marie Marceau of Browning has been charged with murder for the stabbing death of Waylon Lee Mittens.

Officers responded to a crime scene on June 2 in which the body of Waylon Lee Mittens was located found Blackfeet Law Enforcement Services during a welfare check; family members of Mittens requested that BLES conduct a welfare check of Mittens as they were not able to contact him for several days.

Court documents state that when officers approached the residence in Glacier Heights where Mittens and Marceau lived, they "immediately noticed a smell which was described as a decomposing body."

Once inside, officers found the body of Mittens in an alcove of the home which was described as the laundry room. Mittens, who was normally in a wheelchair due to a leg amputation, was slumped over in a large pool of blood with his wheelchair pushed across the room. A sheet was draped over Mittens body and there was evidence that there had been some attempts at cleanup.

Officers began receiving tips that Marceau was involved and was considering turning herself in, and on June 3rd, officers received source information that Marceau was responsible for the death of Mittens, and arrested her on a tribal warrant at her mother’s house in a different neighborhood of Browning.

Court documents state that when Marceau was questioned by FBI agents, she made several incriminating statements. At one point she said, “I did it” and later said “I knew this was coming, I knew you guys were coming” and later said, “I stabbed him.”

On May 30, Marceau and Mittens had been fighting during the day. They arrived back at their home at around 12:30 a.m. on May 31, and they were still fighting. Sometime between 12:30 a.m. and 2 a.m., Mittens was stabbed. Marceau said that she was acting in self-defense.

During the interview, Marceau said she wasn’t sure what became of the knife she used to stab Mittens. A preliminary autopsy report indicates that a blade of approximately 9 inches was used to stab Mittens and the blade pierced both lungs and heart. The knife has not yet been located.

Court documents also reference an incident that happened on May 2, when officers responded to a domestic dispute call at the Marceau/Mittens residence. This incident, which was video recorded by Mittens, showed Marceau strike Mittens several times while he was sitting in his wheelchair.

Marceau, also known as Danielle Marie ComesAtNight, has been charged in federal with one felony count of murder.

We have not been able to obtain a booking photo of Marceau at this point.