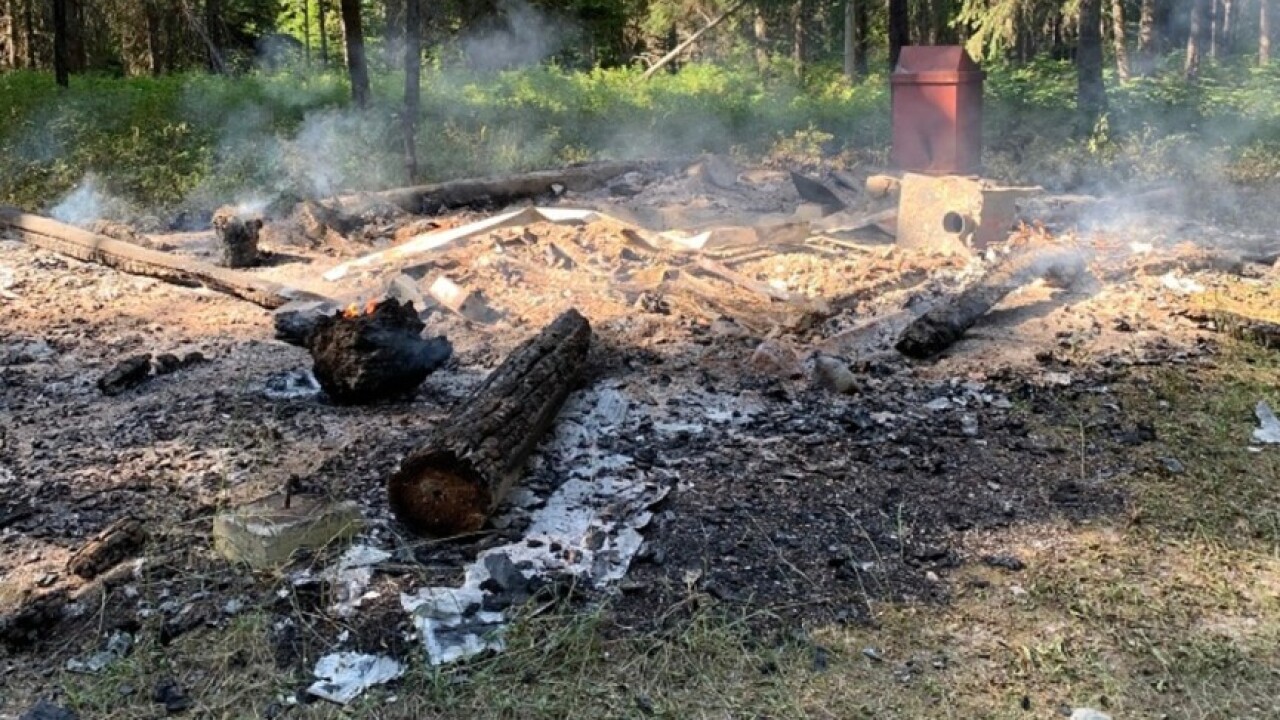 Glacier National Park
The historic Ford Creek patrol cabin was a total loss when rangers arrived on scene on July 23, 2020.

WEST GLACIER — Authorities are looking for the public's help as an investigation into several fires continues.

The North Fork Landowners Association is now offering a reward of up to $10,000 for information leading to the arrest of anyone responsible for the fires.

Park officials say that in the early morning hours of July 23, a local resident woke rangers at Polebridge Ranger Station reporting a nearby fire.

Most had begun in dry logs or brush, but one fire destroyed a historic structure. All of the fires were extinguished shortly after being discovered, according to a news release.

The historic Ford Creek patrol cabin was a total loss when rangers arrived on scene. The cabin was built as a “snowshoe cabin” in 1928 and has been used for decades for winter backcountry patrols.

The structure was listed in the National Register of Historic Places as having architectural and historic significance.

The cabin site is approximately eight miles north of Polebridge on the Inside North Fork Road.

Suspicious fires were also reported at the Glacier Gateway Elementary school and at the Summit Mountain Lodge at Marias Pass on the evening of July 22 and fire investigators are working together to see if those fires may be related.

Anyone witnessing suspicious activity on the night of July 22 or early morning of July 23 in the Polebridge or North Fork area is encouraged to call Flathead Crimestoppers at 406-752-TIPS (8477). All calls remain anonymous.

Glacier National Park also has a tip line established, 406-888-7077, for people who would like to talk with a park ranger.