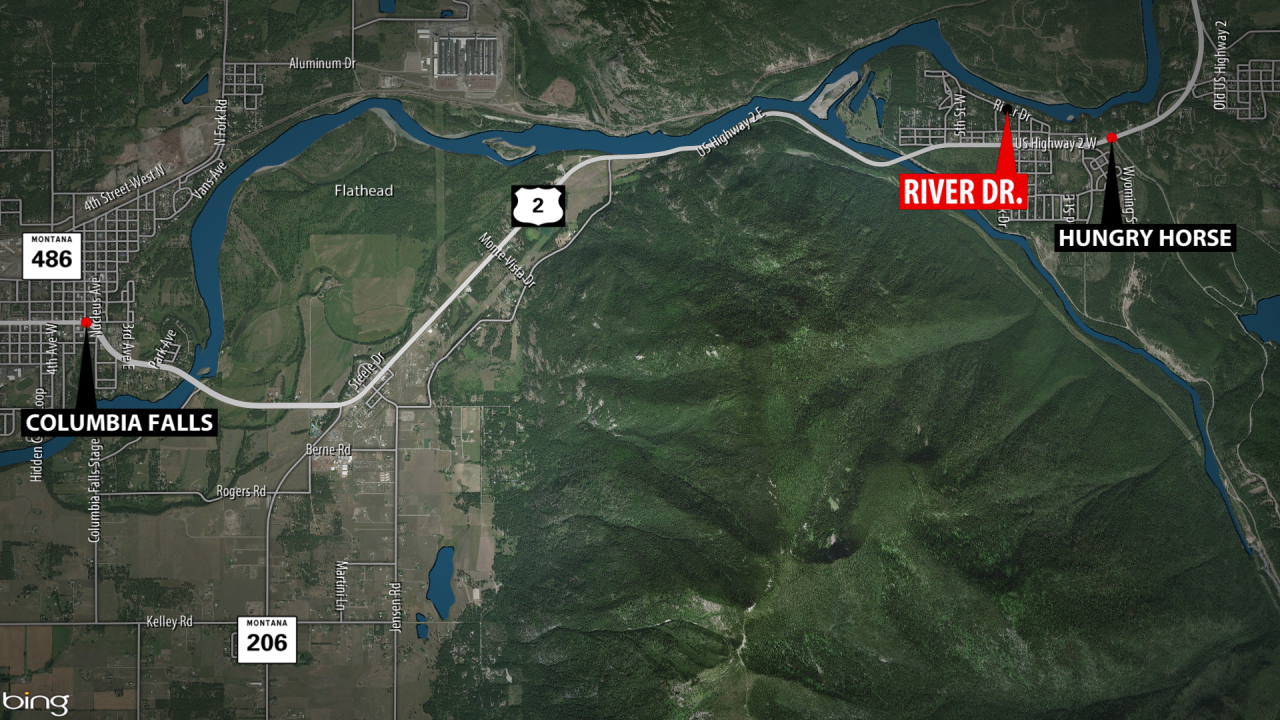 KALISPELL — We are learning more information about a Tuesday incident in Hungry Horse that resulted in the SWAT team being called to the scene.

The Flathead County Sheriff’s Office reports they received information about the possible location of four stolen snowmobiles at a residence on River Drive. Deputies responded to the scene and talked with the homeowners, which led to the discovery of the stolen snowmobiles.

During this investigation, a male – later identified as 20-year-old James Colby Smith -- ran from the location after falling out of the ceiling of one of the buildings on the property, according to a news release. Law enforcement chased Smith and additional units responded to help with the foot pursuit. A taser was deployed but did not connect with the fleeing suspect.

Smith then attempted to break into a neighboring residence in an attempt to hide but was denied access to the residence. A deputy saw Smith run into another nearby residence and a perimeter was set up. Authorities say efforts to talk with Smith initially were not successful.

The Sheriff’s Office reports that due to access to weapons, as well as the burglary committed by the suspect, the Flathead County SWAT and Kalispell Police Department SRT team were dispatched to the location.

Officers spent approximately two hours trying to negotiate with Smith who is accused of making threats towards law enforcement, according to a news release. Negotiations were not producing results, so gas was deployed into the residence and Smith surrendered to law enforcement a short time later.

Smith was arrested on warrants and other pending charges and was taken to the Flathead County Detention Center. The Sheriff’s Office reports that when search warrants were served, and it was determined Smith had fired rounds inside of the home.

The Flathead County Sheriff’s Office Detective Division is continuing to follow leads as they investigate the incident.

According to the Montana Department of Corrections, Smith has felony convictions in Flathead County for criminal endangerment, and Powell County for escape.