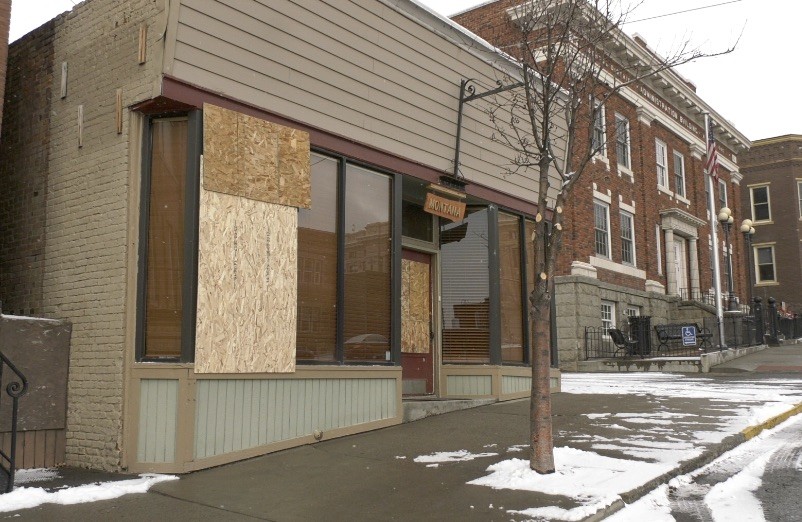 According to Butte Undersheriff George Skuletich, the suspect in Sunday's Uptown rampage has been postively identified. Skuletich said the man is still in the hospital and has not yet been charged. No names from the incident will be released until charges are filed.

BUTTE - A man went on a rampage - breaking windows and entering buildings – in the area of Montana and Granite streets Sunday evening.

The man, who was wearing only gym shorts, tore down mailboxes at an apartment building and damaged a parked car. He then entered a building on Montana Street by breaking out the glass door and began damaging the interior when police arrived.

An officer used a taser to subdue the man, who then suffered a serious medical problem, and police had to perform first aid on the suspect.

“The officers at the scene also used a defibrillator from one of our patrol cars, and the individual was shocked one time prior to the arrival of the ambulance,” said Butte Sheriff Ed Lester.

Police don’t know the motive for the man’s violent outburst.

“It does appear consistent with somebody who maybe under the influence of methamphetamine or some other street drug,” said Lester.

The incident began when the man caused a ruckus inside Carpenters Union Hall on Granite Street. Board members for the radio station were having a meeting when they heard the commotion and chased the man out of the building.

“And they found out that he broke both windows out of the teacher’s offices here and got into some filing cabinets, broke into one of our studios there and did some damage,” said eyewitness Mike Boysza.

When staff members at the radio station finally confronted the man in the lobby of the Carpenter’s Union Hall, they said he was like a wild man and completely out of control.

“He’s kind of in rage, all’s he’s got on is his gym shorts and he’s throwing his hands around wanting to come back in and we say, ‘No, you’re done, you’re out of here,’” said Boysza.

As of Monday, the suspect remains in critical condition at St. James Healthcare. Police are still trying to identify the man, who has remained unconscious since he has been hospitalized.