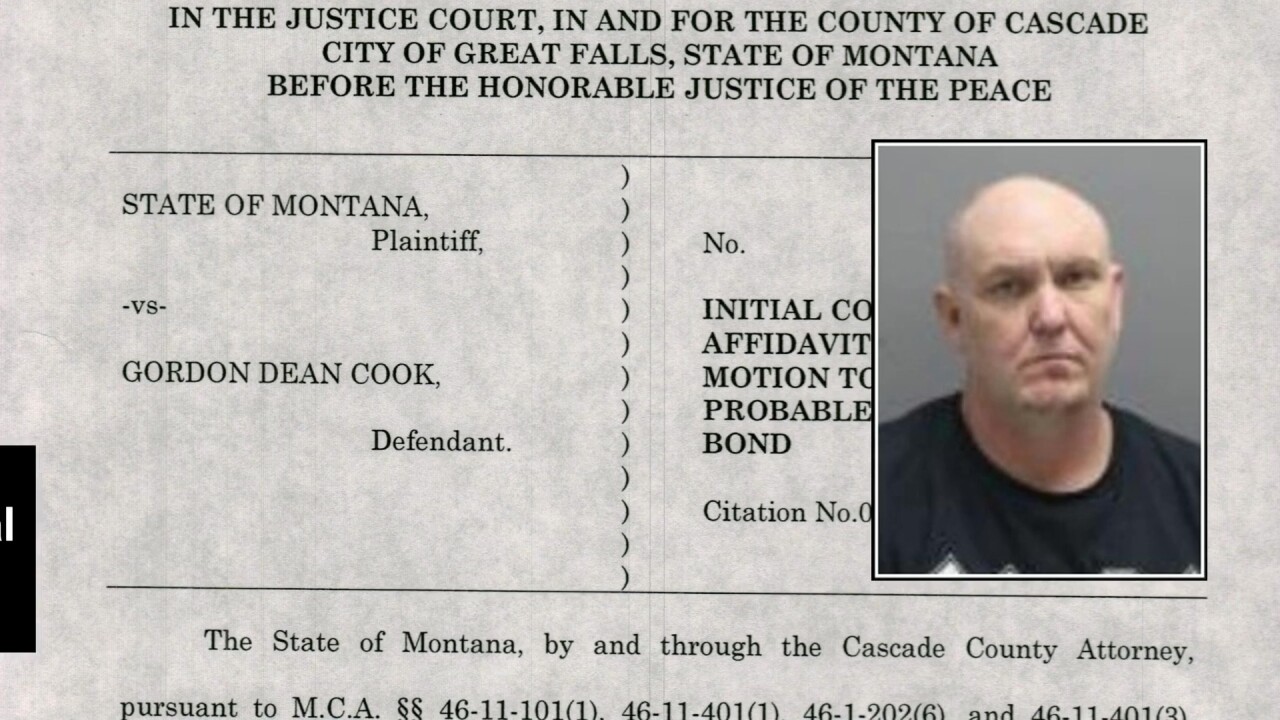 GREAT FALLS — A man has been charged with sexual intercourse without consent in Great Falls.

Court documents say that police officers were dispatched to The Loading Zone on 10th Avenue South at about 1:27 a.m. on Sunday, March 8, for a reported sexual offense.

Officers located the suspect, later identified as Gordon Dean Cook, and then interviewed the alleged victim.

The woman told police that she had walked into a bathroom and Cook walked in behind her. She claimed that Cook pulled down her pants and underwear, pinned her hands against the wall over her head with one hand, and then used his free hand to molest her; she claims he then got on his knees and performed oral sex on her.

Cook was taken into custody and refused to provide a statement to police.

Court documents note that Cook has a "moderate" criminal history that includes partner/family member assault and disorderly conduct, and has a pending sexual assault charge from March 2019.

NOTE: The information above is from court documents and/or publicly-available information filed in the case, and do not necessarily provide all of the information relevant to the case. Defendants are considered legally innocent until proven guilty in court.