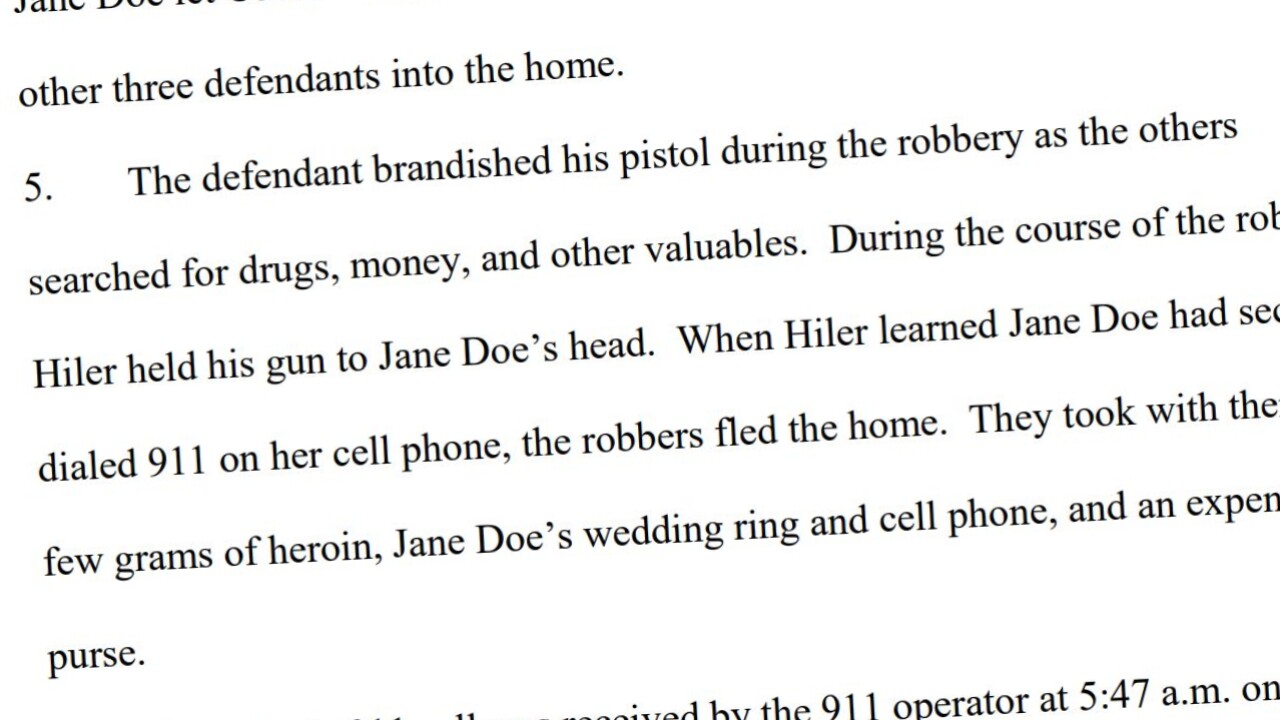 HELENA — A Helena man who admitted brandishing a firearm while he and co-defendants robbed a couple involved in trafficking heroin, was sentenced in federal court in Helena on Tuesday.

Hiler, also known as Teg, 47, pleaded guilty in October to robbery affecting commerce and to brandishing a firearm in furtherance of a crime of violence.

The prosecution said in court records that the FBI learned of a home invasion in Helena in which the victims, a couple, were involved in trafficking heroin.

The couple had been given money by co-defendant, Kielan Brett Franklin, to travel to Washington to buy an ounce of heroin.

The couple returned with less than an ounce. When the couple did not immediately turn over the heroin, Franklin sent them threatening text messages.

Hiler brandished a pistol during the robbery as the others searched for drugs, money and other valuables.

When he learned that the female victim had secretly dialed 911, the robbers fled the home with a small amount of heroin, the female victim’s wedding ring, cell phone, and other items. Hiler and Pitsch wore masks.

Hiler was taken into custody by the U.S. Marshals Service after being sentenced.

Franklin and Pitsch have pleaded guilty to charges and are awaiting sentencing. A jury last week convicted Cowser of robbery charges, and Cowser will be sentenced on June 11.