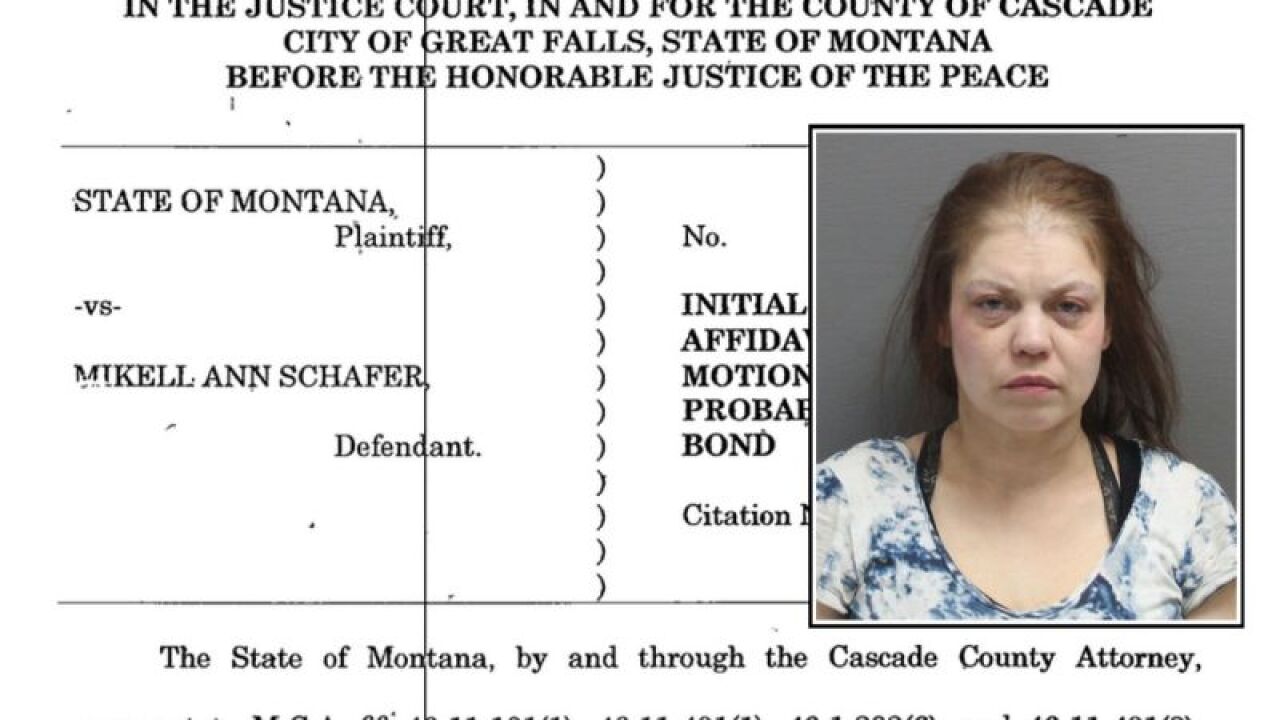 A woman has been charged after police in Great Falls responded to a report of a bank robbery in progress.

When police arrived at the US Bank building in downtown Great Falls at about 3:40 p.m. on Monday, bank staff told him that the suspect - later identified as Mikell Ann Schafer - was sitting in the lobby waiting for police to get there. Schafer was taken into custody without incident.

Court documents state that Schafer went to the front desk of the bank and said that she was robbing the bank and told employees to call the police. She then told bank staff that she wanted "at least 10 years" or she would "take her own life."

An employee began placing money onto the desk, at which point Schafer said she did not want the money and was waiting for the police to be called to the bank. She then sat down in the lobby.

The bank employee, according to court documents, was "very shaken up" by the incident, and was crying and emotional.

When questioned by police, Schafer admitted that she said she would rob the bank, and then said she wanted to go to jail, saying she wants "60 years."

Court documents note that Schafer has convictions for burglary and criminal possession of dangerous drugs.

She has been charged in this case with felony robbery (attempt).

NOTE: The information above is from court documents and/or publicly-available information filed in the case, and do not necessarily provide all of the information relevant to the case. Defendants are considered legally innocent until proven guilty in court.