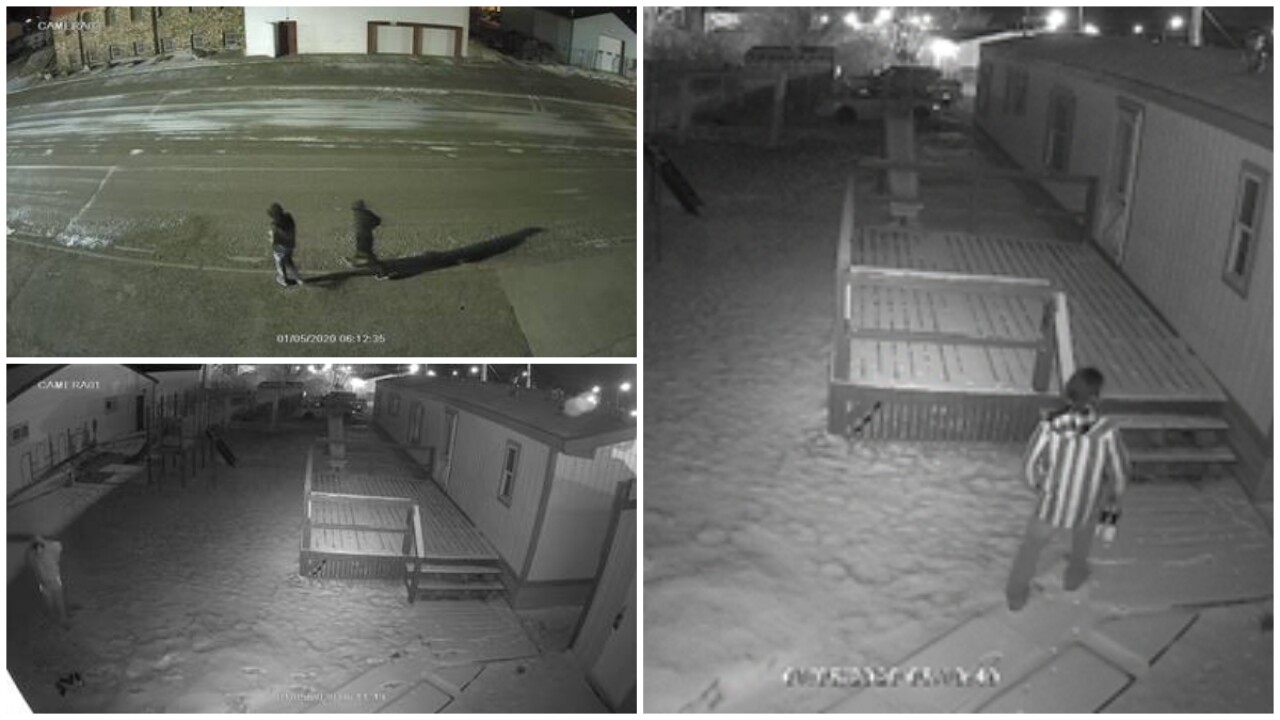 The federal Bureau of Alcohol, Tobacco, Firearms, and Explosives (ATF), in conjunction with the Montana Department of Justice, Office of the State Fire Marshal, and Blackfeet Law Enforcement Services, are offering a reward of up to $5,000 for information that leads to the arrest and prosecution of those responsible for the January 5th arson at the De La Salle Blackfeet School in Browning.

While investigating the scene, authorities recovered closed circuit videos of suspect(s). In the videos, one of the suspect(s) was wearing a unique striped hoodie. Investigators are asking help in identifying who might have seen this individual as well as any other information related to events leading up to or immediately after the fire that is estimated to have caused more than $100,000 in damages.

Information can also be sent to ATFTips@atf.gov , through ATF’s website at www.atf.gov/contact/atftips [atf.gov] . Tips can be submitted anonymously using the Reportit® app, available from both Google Play and the Apple App store, or by visiting www.reportit.com [reportit.com]

(JANUARY 9, 2020) The De La Salle Blackfeet School trailer/offices in Browning were reportedly broken into and burned on Sunday. There were no reports of any injuries.

Two people have created an online fundraiser to help with rebuilding; as of Thursday morning, more than $5,500 has been raised.

The fundraiser was created by Martha Padgett and Aimee Lee Boggs, who wrote: "The De La Salle Blackfeet school has been a blessing to the Blackfeet community in Browning, MT. Starting in 2001, there have been a multitude of graduates who have gone on to serve our community. On Sunday, January 5th the De La Salle Blackfeet trailer, used for offices, was broken into and set on fire. We ask that you donate what you can and share until we reach our goal. All donations will go towards rebuilding. Thank you!"

The school posted on its Facebook page on Tuesday: "This week we welcome our children and staff back from the Christmas and New Year’s Holiday Break. Despite the tragic loss of the trailer from a fire, our students and staff continue to persevere through this hardship. Early Sunday morning, a community member noticed smoke coming from the trailer and the Blackfeet Fire Department responded quickly and effectively to put out the resulting fire. Thankfully, no one was injured and no lives lost. Unfortunately, the trailer and contents have either been consumed by the fire or suffering smoke and water damage beyond repair."

The amount of damage has not yet been determined, nor the cause of the fire.

We have been told that the State Fire Marshall and the FBI are investigating; we will update you if we get more information.