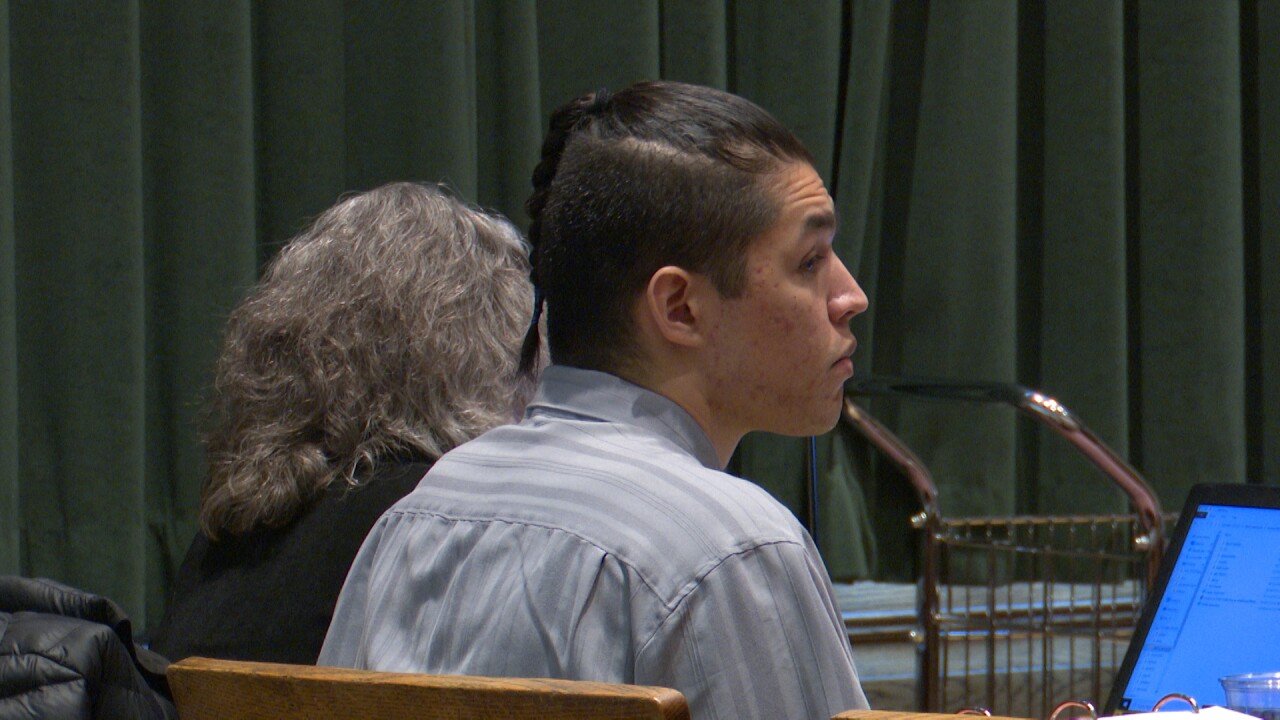 Attorneys made their opening arguments Monday morning in the homicide trial of the third and final suspect linked to a March 2018 double murder in the Helena Valley.

Journey Wienke is on trial in Lewis and Clark County District Court where he faces charges of deliberate homicide in connection with the deaths of David and Charla Taylor.

The victims’ bodies were found in their home on Cayuse Road. The jury will have to consider several alternate possibilities about what led up to their deaths.

Prosecutors say Wienke went to the home the night of the murder, along with the Taylors’ son Kaleb and another man, Kyle Hamm. They say Wienke and Taylor went inside.

Kaleb Taylor later admitted he attacked and killed his parents during that time. Prosecutors said the victims suffered extensive blunt- and sharp-force injuries.

Prosecutors say Wienke and Taylor also took jewelry and other items from the Taylors’ home.

Wienke is charged with two alternative counts of deliberate homicide in each victim’s death, and the jury will have to decide which, if either, to convict him on.

One charge is that he directly participated in the murders, while the other is that he was responsible because he and Taylor planned to rob the home, and the deaths occurred in the course of that crime.

Under Montana law, a person can be found guilty of deliberate homicide if they commit or are legally accountable for a “forcible felony” and someone is killed during that crime.

Wienke is also charged with tampering with physical evidence. Investigators say security video from a nearby car wash shows the three suspects cleaning out Taylor’s truck after the murders.

They argue Wienke helped wash off Taylor’s clothes, his own feet and the suspected murder weapons. Prosecutors say he also helped dispose of the weapons and of stolen jewelry.

Wienke’s defense attorneys admitted he was in the home when the Taylors were killed, but they denied he was part of the attack, or of any plan to kill them or to rob the house.

Attorney Lisa Kauffman argued the state had brought multiple alternative charges against Wienke because they couldn’t definitively prove what happened inside the Taylors’ house.

She said the evidence pointed only to Kaleb Taylor, not to Wienke.

“Kaleb Taylor has already pled guilty to killing his parents, and Kaleb Taylor is in prison for the rest of his life,” she said. “Justice has been served.”

They included Charla Taylor’s sister, who was the first person to discover the victims’ bodies, and the Lewis and Clark County Sheriff’s Office detective who investigated the case.

A jury found Hamm guilty of deliberate homicide, based on his accountability for a robbery.

However, to avoid prejudicing the jury, District Court Judge Mike Menahan ordered that any evidence regarding that trial be excluded from this proceeding.

The trial is set to last about a week. Kaleb Taylor is expected to testify by video from the Montana State Prison, as he did during Hamm’s trial.