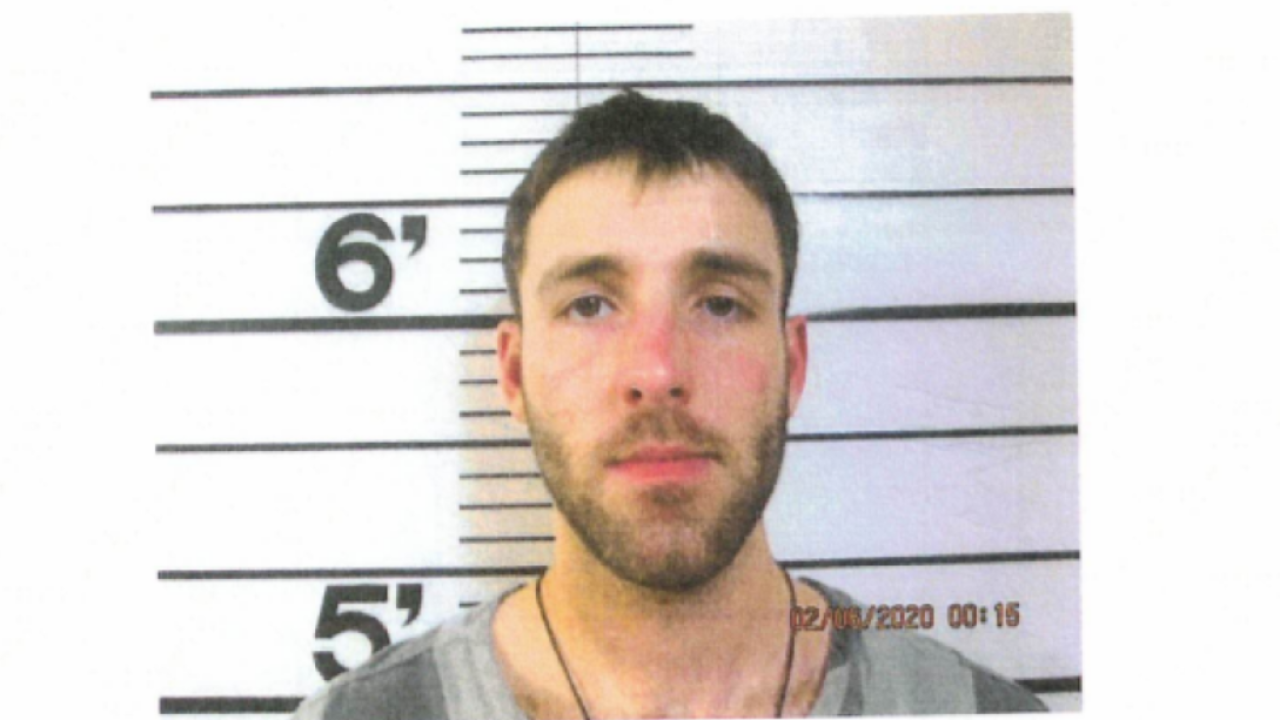 The third Hardin jail escapee made his first court appearance in Big Horn County Wednesday morning, a day after he was recaptured.

Bail was set for Andrew Parham, 25, at $250,000 by District Judge Ernie Bear Don't Walk. Parham is facing two felony charges of escape and aggravated kidnapping related to the Feb. 8 jailbreak of three inmates.

He was rearrested Tuesday morning in Crow Agency after nearly a month on the lam.

Prosecutors say that Parham and three other inmates- Casey Leider, Stephen Caplett and Anthony Castro- lured a deputy into a cell, assaulted him to get his keys, then assaulted a dispatcher to force open a door.

All three escapees face between two years and 120 years in prison.

Before he escaped, Parham was in jail awaiting extradition to Oklahoma on drug-trafficking charges.

Two others -- Robert Burgess, 42, and Odessa Rose Cottier, 24 -- are facing charges related to aiding in the escape.