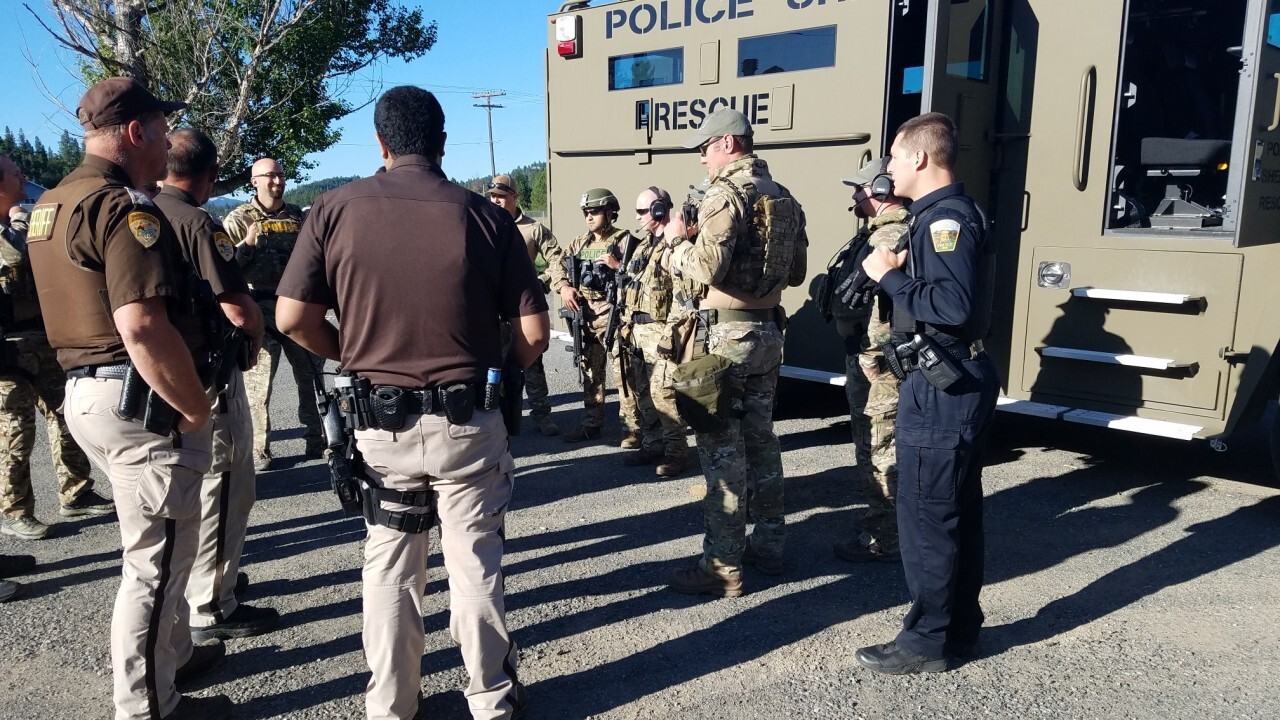 Authorities have arrested a man near Clancy after he barricaded himself in a home on Tuesday morning.

U.S. Marshals reportedly received a tip regarding the location of the man, who is wanted in connection to a June incident in Lewis & Clark County.

Several law enforcement agencies responded to the home near Warm Springs Creek Road at around 7 a.m.

Authorities say the man locked himself in the home, and gas was deployed to get the man to surrender to police.

He was apprehend peacefully with the help of the Lewis & Clark County SWAT, Jefferson County Sheriff's Office, and a Montana Highway Patrol helicopter.

All roads have reopened in the area.

The man's name has not yet been released; we will update you when we get more information.

(UPDATE) Bruce Allen Garay has been identified as the man who was arrested.

Authorities have not yet provided information about the June incident.

We do not yet know what charges he may be facing for the Tuesday stand-off, nor the June incident.

According to the Montana Department of Corrections, Garay has convictions for accountability to burglary, and violating an order of protection.