27 firearms were stolen from North 40 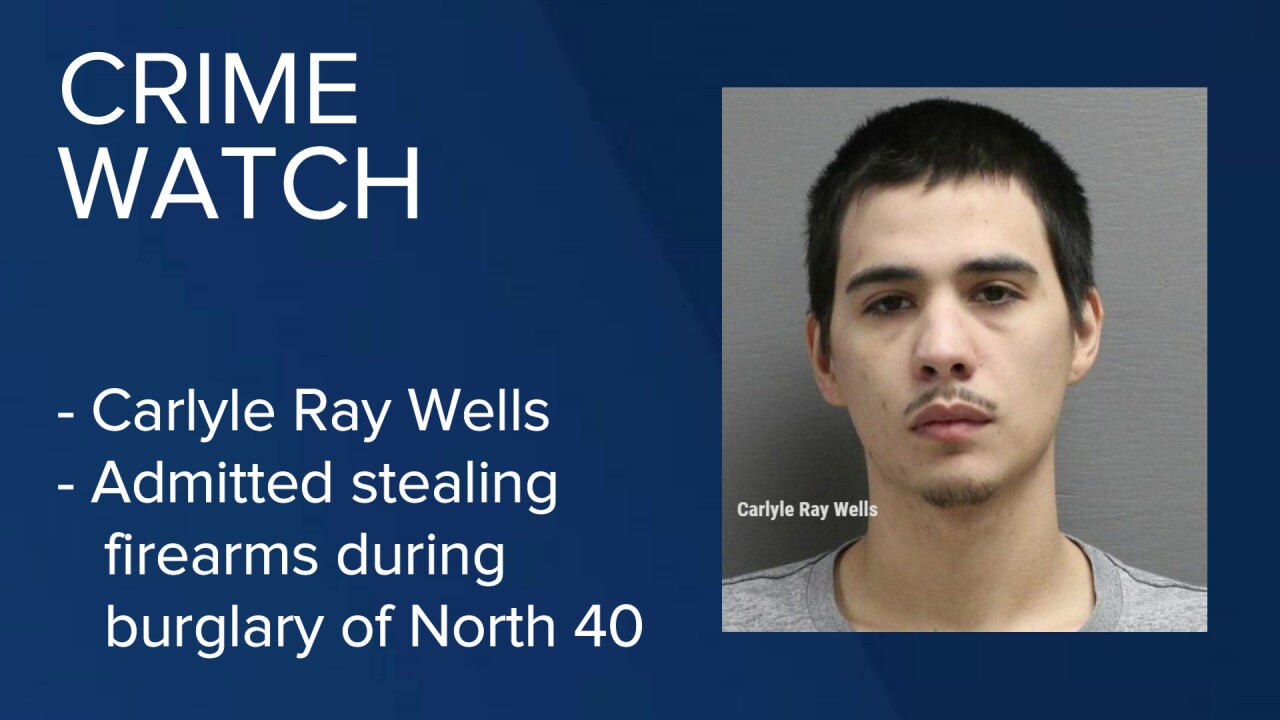 Carlyle Ray Wells admitted in federal court in Great Falls on Thursday to stealing firearms during a burglary of North 40, U.S. Attorney Kurt Alme said in a news release.

Wells, 25 years old, pleaded guilty to theft of a firearm from a federal firearms licensee.

Prosecutors said evidence would show that on November 30, 2019, Great Falls police officers responded to a burglary alarm at North 40 Outfitters. Officers saw that a gun display case had been smashed and that several guns appeared to be missing. One rifle was on the floor, some distance from the display case.

Security footage at the business showed a small pickup truck had parked outside, just prior to the alarm. One person got out of the truck wearing gloves and a face covering, forcefully entered the store, broke the gun case, took several firearms and fled after dropping one rifle on the way out.

Officers identified the vehicle as a stolen Ford Ranger and located it on December 2, 2019, about 600 feet from Wells' residence. Security footage showed a person, whose clothing and physical description aligned with the North 40 burglar, walk toward Wells' residence carrying a large bag.

Officers executed a search warrant at Wells' residence and recovered 16 firearms, 15 of which were stolen from North 40. Officers also recovered North 40 price tags for the stolen firearms. Home surveillance video obtained through a search warrant showed that Wells entered the residence shortly after the burglary carrying a large bag with a rifle and price tag sticking out.

In addition, a person reported to Great Falls police detectives that she had bought three firearms from Wells soon after the break-in. Officers recovered the three firearms, which were identified as having been stolen during the burglary.

An audit showed that 27 firearms were stolen from North 40 in the burglary, not including the rifle that was dropped in the store.