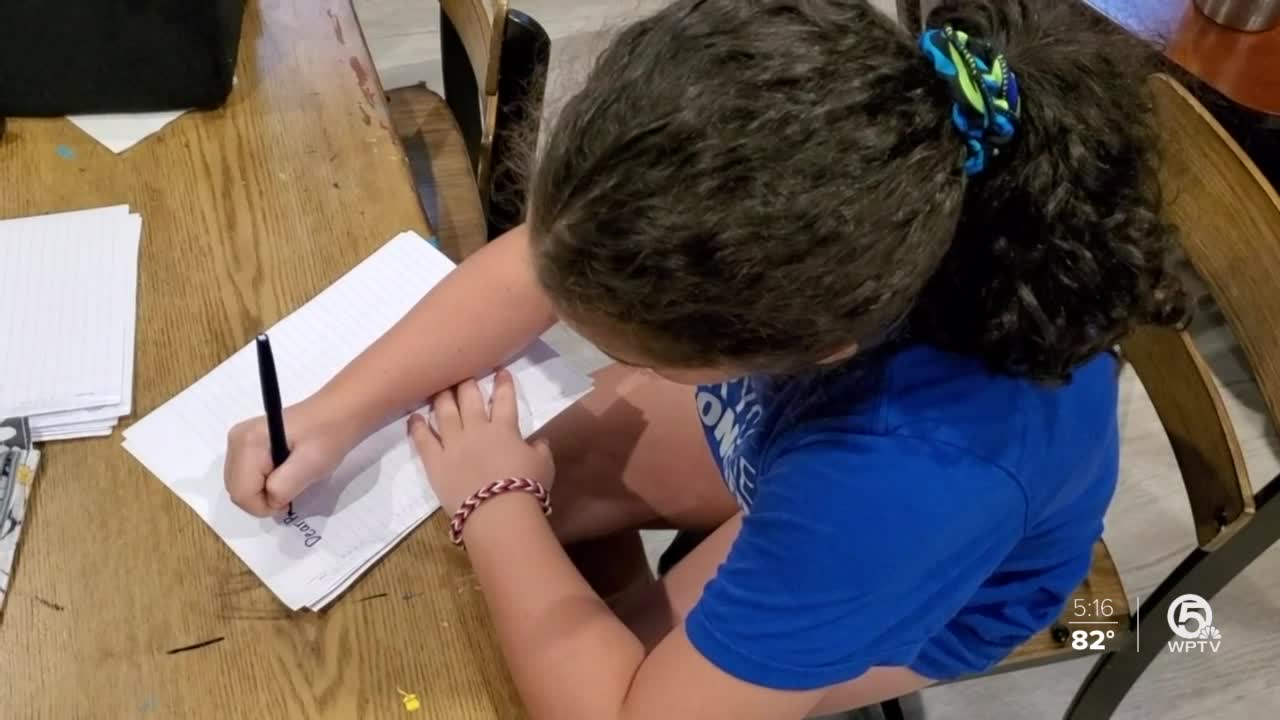 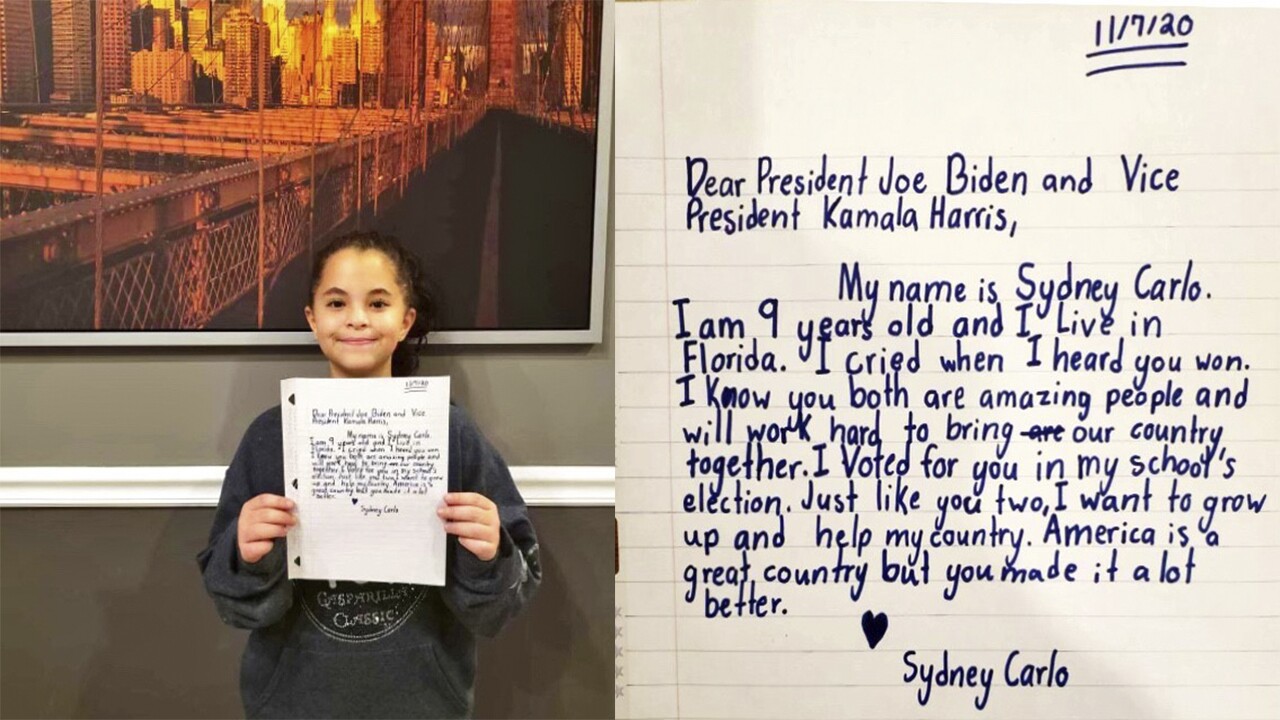 Sydney Carlo, who lives in Cooper City, wrote the letter Saturday after learning that Biden and Harris were the projected winners of the election.

"I cried when I heard you won," the 9-year-old wrote. "I know you both are amazing people and will work hard to bring are our country together. I voted for you in my school's election. Just like you two, I want to grow up and help my country. America is a great country but you made it a lot better."

Her mother, Samantha Carlo, said her daughter showed that dedication by keeping up with the presidential election.

"Sydney has been following the election, so every morning since Tuesday, Nov. 3, the first thing she's done is walk into my room and say, 'Do we know who won yet?'" Carlo told WPTV.

"I just let my heart out and I did what I wanted to say to him, that he's doing a great job and that he's a great person," she said.

Her mother shared the letter on her Instagram page, tagging Biden and Harris. She's hoping it will be shared enough times that the future president and vice president take notice.

My daughter asked me to send this to you both @joebiden and @kamalaharris I hope it gets to you both some how! You did it!!!! @vanjones68 @maddowshow @joyannreid @douglasemhoff @drbiden @chrislhayes @alivelshi @yasminvossoughian @andersoncooper

Carlo said Harris is an inspiration to women.

"It inspires her, first to see that a female can become vice president and, eventually, president," she said.