Most GOPers back Trump's false claim of victory 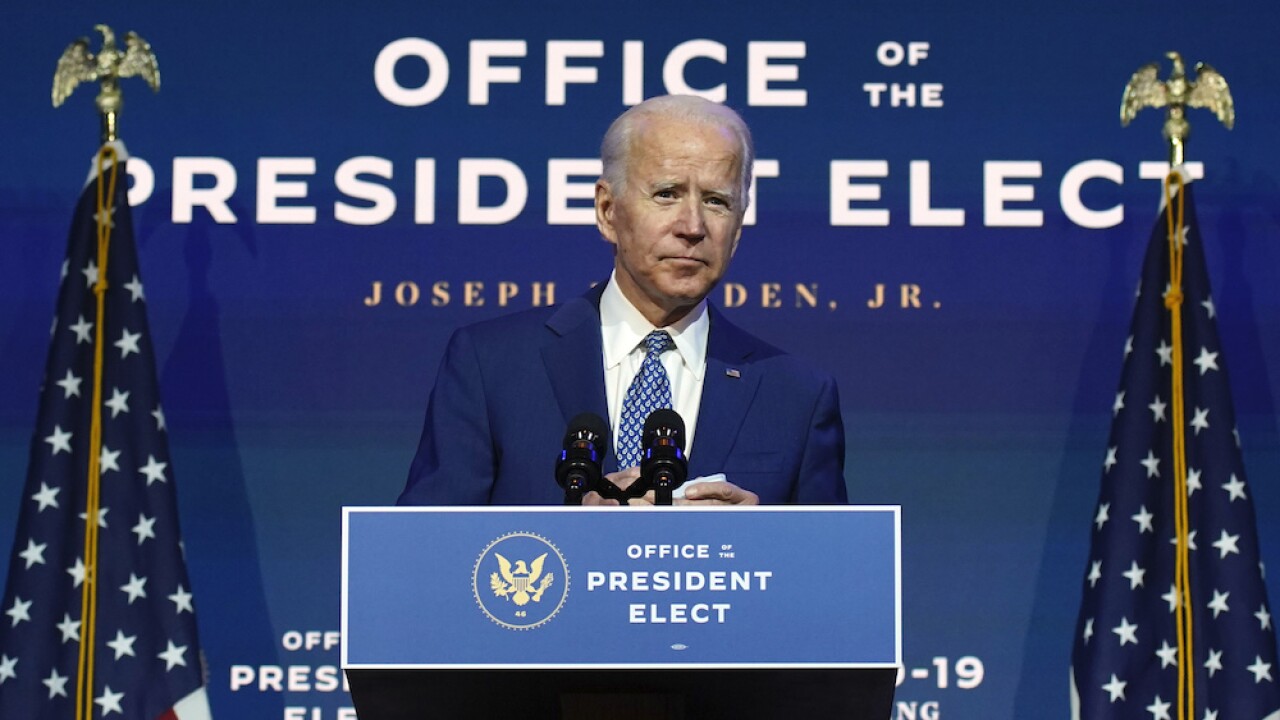 While unofficial vote count totals show that Joe Biden has won the 2020 election and will become the 46th President of the United States, President Donald Trump has yet to concede. In fact, the Trump administration has so far blocked the transition process from getting underway.

Trump has falsely claimed victory in the election on the unproven basis of widespread voter fraud. The campaign has filed several lawsuits in states where vote counts are tight, but it's unlikely that those lawsuits will result in a massive swing in votes needed to change the outcome of the election.

However, there are a handful of Republican lawmakers that have recognized Joe Biden as the President-elect, and more still that have said the transition process should get underway while courts hear Trump's challenges.

Below is a list of high-ranking Republicans currently in office that have congratulated Biden or called for the transition process to begin.

In an interview with NBC News, Rounds, who won re-election earlier this month, did not directly respond to questions about Trump's claims of widespread voter fraud. However, he did say that "certain parts" of the transition team should "move forward."

While Rubio has echoed the Trump administration's unsubstantiated claims of widespread voter fraud, falsely claiming that Republicans should be suspicious about mail-in voting. However, in an interview with Bloomberg News, Rubio said that the General Services Administration (GSA) should open up transition funds.

"We need to have that contingency in place," Rubio said. "I don't think allowing the GSA to move forward on some of the transition work prejudices in any way any of the legal claims the president intends to make."

Another moderate Republican who won re-eleciton earlier this month, Sasse congratulated Biden in a statement issued to the Omaha World-Herald.

"Melissa and I congratulate the next president, Joe Biden, and the next vice president, Kamala Harris," the Nebraska Republican said in a statement. "Today in our house we pray for both President Trump and President-Elect Biden, that both would be wise in the execution of their respective duties during this important time in our nation."

On Nov. 10, the Republican senator told a Pittsburgh-area TV station that he thinks the Trump administration should begin the transition process.

"We're on a path it looks likely Joe Biden is going to be the next president of the United States. It's not 100% certain but it is quite likely. So I think a transition process ought to begin," Toomey told WTAE-TV.

In an interview with CNN on Thursday, DeWine said that he recognizes Biden as President-elect, but added that the Trump administration has every right to challenge the results of the election.

"Look, I think that we need to consider the former vice president as the President-elect. Joe Biden is the President-elect," DeWine said. "The White House has every — the president and his campaign has every right to go into court. Our courts are open. Our courts are the best place, frankly, to adjudicate facts. We just all need to take a deep breath. There is a process for all of this. You need to follow the process. And we need to move this country forward."

Ann and I extend our congratulations to President-elect Joe Biden and Vice President-elect Kamala Harris. We know both of them as people of good will and admirable character. We pray that God may bless them in the days and years ahead.

My statement on the 2020 Presidential election results: pic.twitter.com/8NY1WpaJpC

We have to find a way to come together, bridge divisions, and focus on solutions that help the millions who are struggling. I am raising my hand and committing to working with President-elect Biden and my colleagues on both sides of the aisle in Congress to do exactly that. pic.twitter.com/EXWLWKmBdp

It’s time to come together. America has spoken and we must respect the decision. More unites us than divides us; we can find common ground. I hope the president-elect can embody this. I wish him good luck and I wish the president a successful final few weeks. God bless the USA!

Congratulations to President-elect Biden and Vice President-elect Harris. This election was hard-fought by both candidates and ultimately the voters chose them for the job. America now looks to you to lead our country and unite us for the common good.

Sofia and I extend our Congratulations to Joe Biden and Kamala Harris. Our nation deserves two competing parties who can work together when possible, and compete honorably when not.

This has been a long and divisive campaign, but now it is critical for us all to focus on the very real and immediate challenges facing this nation.

My official statement on the presidential election: pic.twitter.com/F6AoS8lfhG

Abby and I wish a heart-felt congratulations to @JoeBiden and @KamalaHarris on the election call today. Thank you for your commitment to unite us all. We pray for you and promise to work with you to benefit the people of Utah. 1/

Congratulations to President-elect Biden. Everyone should want our president to succeed because we need our country to succeed. We have great challenges ahead of us as a country. Now more than ever, we need to come together as Americans.