What are the facts behind pro-, anti-Daines TV ads on China? 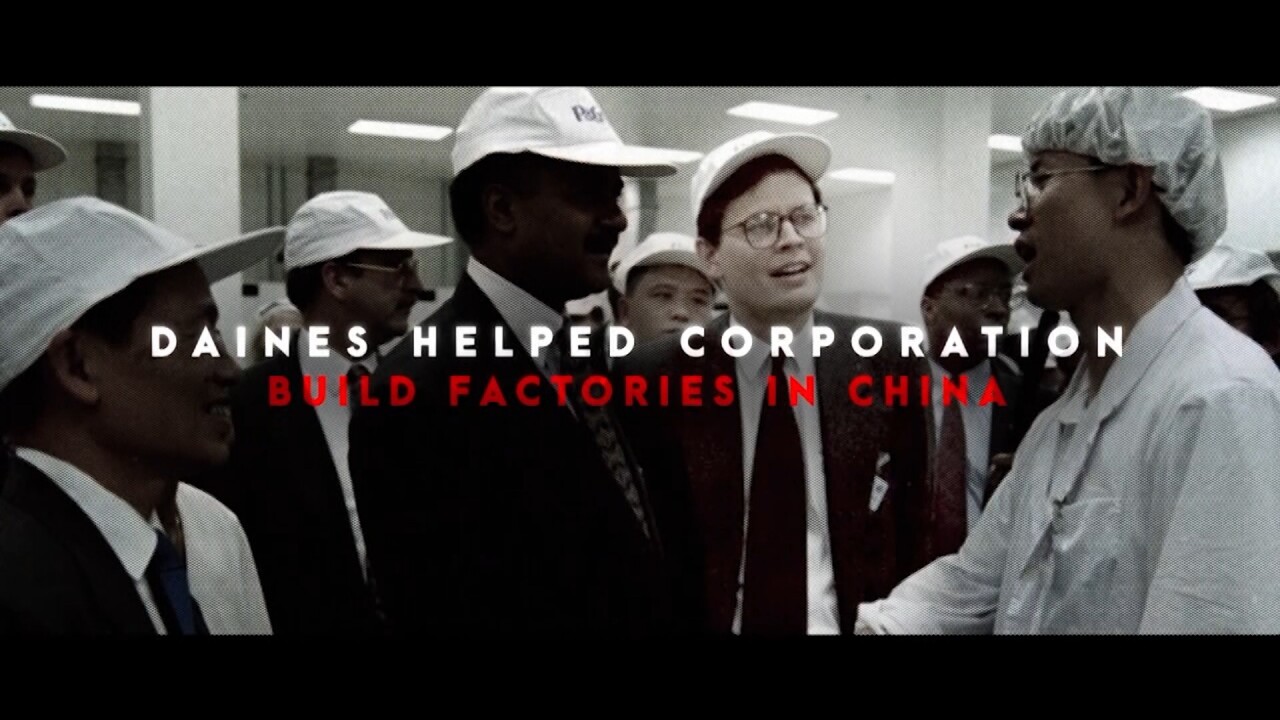 A TV ad from the Senate Majority PAC attacking Sen. Steve Daines, R-Mont., on his record regarding China. 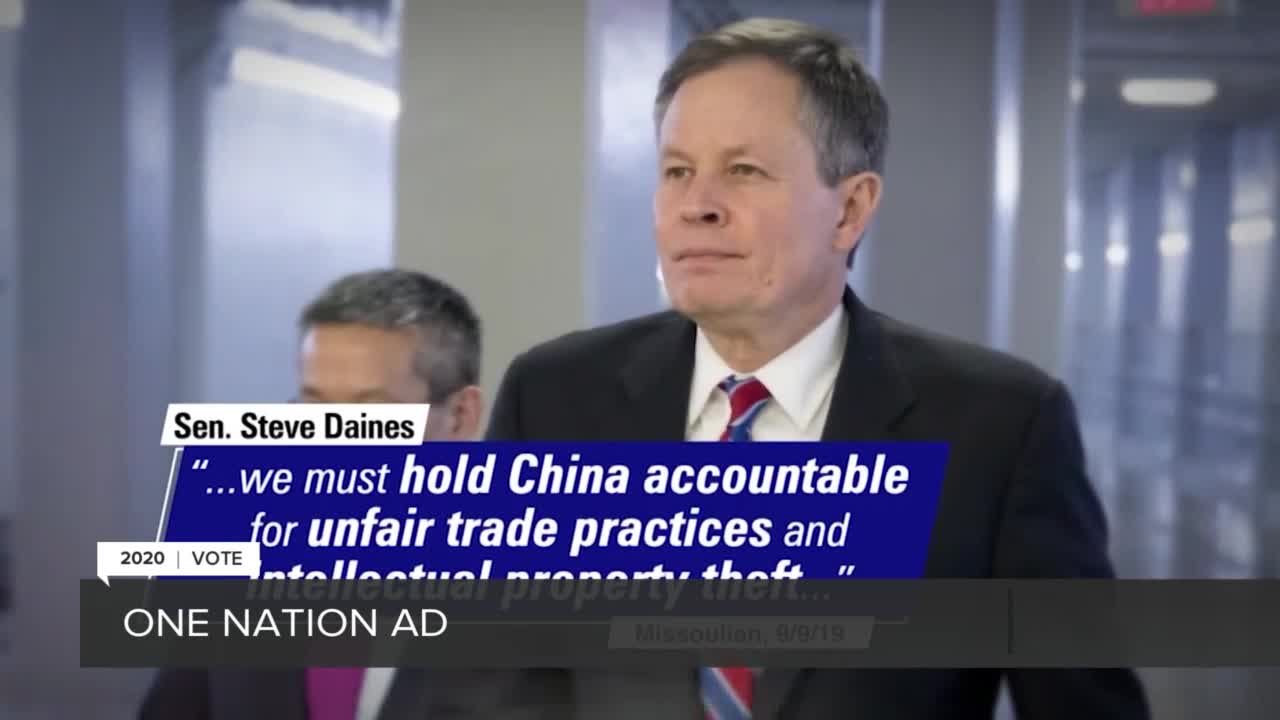 This is the second of a two-part series examining recent TV campaign ads in Montana's U.S. Senate race.

U.S. Sen. Steve Daines’ career in China, and his subsequent actions as a senator on American relations with China, have fueled a series of campaign ads both attacking and supporting him in Montana’s high-profile Senate race.

Democratic groups favoring his challenger, Gov. Steve Bullock, suggest in ads that Daines helped an American corporation set up shop in China at the expense of American jobs – an insinuation that doesn’t hold up under scrutiny.

Meanwhile, Daines and his supporters are portraying him as taking a hard line against China, on trade and the coronavirus – although he has worked to encourage agricultural trade with the world’s most populous country.

MTN News examined recent TV ads on this subject from both sides. First, let’s look at an ad from the Senate Majority PAC, a Democratic group.

The ad reprises a criticism of Daines from earlier campaigns, noting that he worked seven years in China for consumer-goods company Procter & Gamble.

“Steve Daines helped an American corporation build factories in China,” the ad intones. “Then, they laid off 4,000 American workers. Next, Steve Daines went to Congress and refused to crack down on unfair Chinese trade practices. Daines kept going back to China, year after year after year. All at taxpayer expense.”

Daines spent seven years in China in the 1990s, primarily to help the company set up factories there and sell its consumer goods in China. At the same time, Procter & Gamble went through a major restructuring, closing 30 plants, including four in the United States, and did cut 4,000 American jobs.

However, the company has said Daines had nothing to do with that corporate decision, and that its expansion into Chinese markets probably helped create more American jobs.

Daines’ office said he voted “no” because Montana ag producers and others had concerns that the bills would lead to retaliatory actions by China.

It’s also true that Daines has visited China multiple times as a U.S. senator, but those were part of official trips, often with other members of Congress and that included visit to other Asian countries, such as Japan and Korea.

Daines’ campaign said those trips included conversations about China’s human-rights violations and trade practices – and helped lead to the 2017 lifting of a 14-year Chinese ban on imported beef from Montana.

A Republican group called One Nation also has been running TV ads lately praising Daines for “leading the fight” to crack down on China, in the wake of the coronavirus outbreak.

One of those ads says Daines supported “the toughest U.S. tariffs against China in decades,” and is working to “hold China accountable for its coronavirus lies – and bring manufacturing jobs and medical supply chains home.”

These and other ads, including some from Daines himself, are part of a national Republican strategy to portray GOP candidates in battleground races as tough on China, or to chastise China for its role in the coronavirus pandemic.

Daines has supported Trump administration tariffs against some Chinese imported products and products that are deemed a threat to national security, including steel and aluminum.

The ad also refers to Daines’ support of a Republican bill introduced in the Senate in May, that authorizes the president to impose sanctions against Chinese officials, companies and students studying in the United States, if China is not sufficiently cooperating with efforts to stop the spread of Covid-19.

However, that bill has seen no action in the Senate since its introduction. Daines is a co-sponsor.