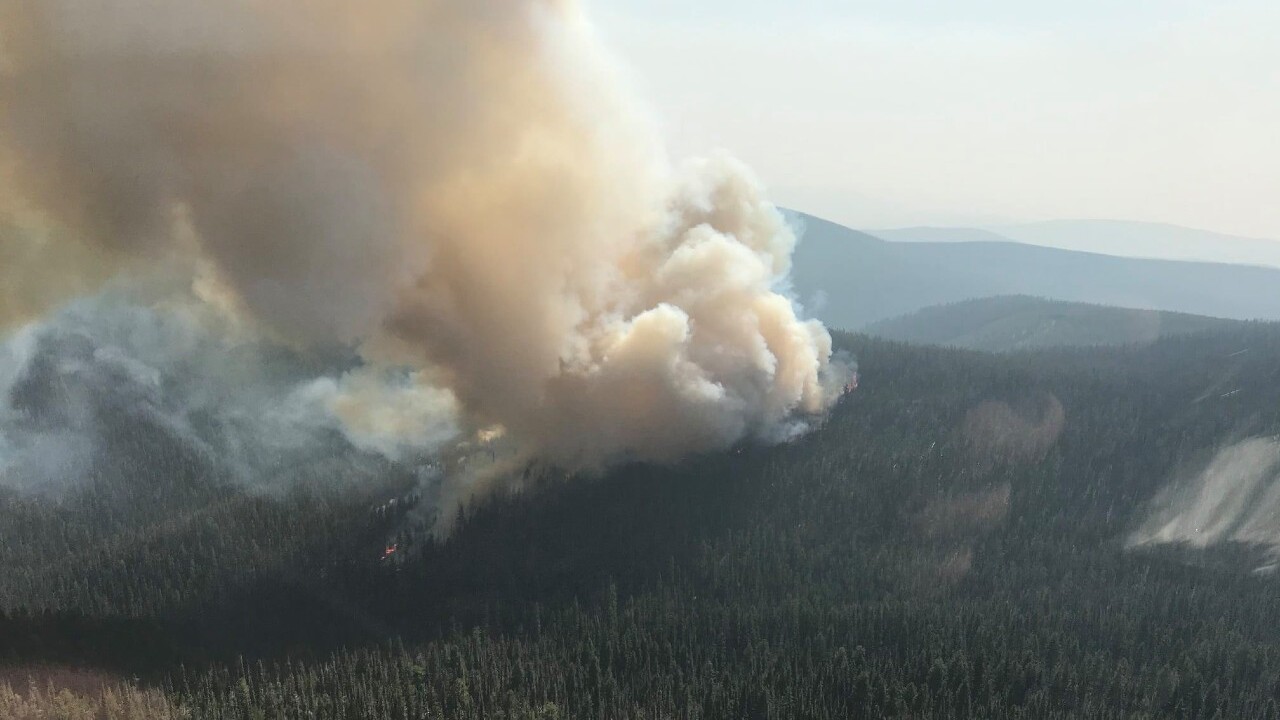 Lolo National Forest
The Cinnabar Fire is burning east of Stevensville and south of Rock Creek.

MISSOULA — A wildfire that broke out east of Stevensville over the weekend has grown to 90 acres.

The Cinnabar Fire is burning in the Carron Creek drainage within the Welcome Creek Wilderness.

The fire is located approximately ten air-miles east of Stevensville and 15 miles south of I-90 up the Rock Creek drainage.

Smoke is visible from parts of the Rock Creek drainage, Stevensville and surrounding areas in Ravalli County. There are no structures threatened at this time.

The fire became active on Sunday due to dry, breezy conditions and terrain-driven burning, according to fire managers.

A Type 3 Incident Command Structure was set up Monday morning.

Firefighters are working to keep the blaze east of the Bitterroot Divide in the Welcome Creek Wilderness. A hose lay will also be put in place to further strengthen fire line in this area.

A helicopter is available as needed for direct suppression of hotspots within the interior or perimeter of the fire.

Fire behavior is expected to be active later in the afternoon, with the potential for smoke production.

Fire managers note that several previously burned areas surround the fire which will also be used as natural barriers to moderate fire spread.

These include the Cooney Ridge Fire (2003) directly to the north of the fire; the Sawmill Fire (2007) to the east of the fire between the existing fire down to Rock Creek; and Harry’s Flat Fire (2013) to the southeast.

There are 65 personnel assigned to battle the lightning-sparked Cinnabar Fire.