CRESTON – The 53rd annual fundraiser and auction for the Creston Fire Department drew thousands of people over the weekend.

The Creston Fire Department is composed of 32 volunteer firefighters and has been serving the Flathead Valley since the 1950s.

But they’re still in the original fire hall, off of Montana Highway 35, that was built in the 1960s — and they’re trying to move.

The department has hosted an annual auction since 1966, and this year the money raised by the popular event is going toward construction of a new station.

People donated items on Friday and by Saturday bidders were fighting over firetrucks, ambulances and even boats.

Fire Chief Gary Mahugh has worked for the department for decades, following in his father’s footsteps. His dad died the week before the auction a few years ago. 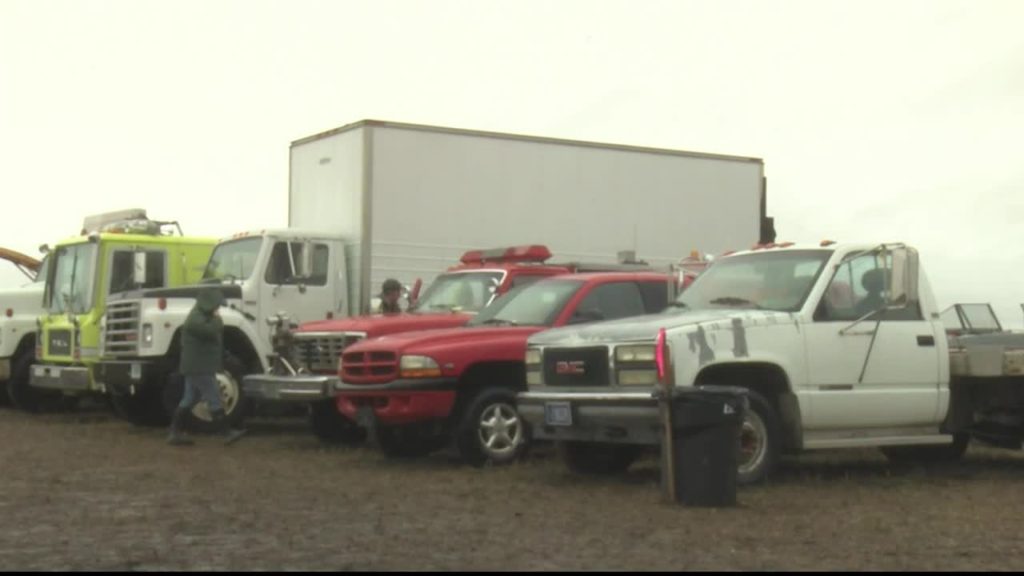 “We actually postponed his memorial service for a week because of the Creston Auction. That’s what he would have wanted, I know that. He was here up until the last one before he passed away,” Mahugh recalled.

“So I have a lot of personal connections here, a lot of roots in this community — and it’s family roots. And I owe that to my father for bringing me up in this way,” he added.

Mahugh says they never know what kinds of weird things they’ll get.

“The list would probably be shorter for things that we haven’t seen here, but the casket would rank right up there I think pretty high.”

The new fire hall will be built in the same field the auction was held. Some of the firefighters came together to purchase the land, and donate it to the department.

An estimated 7,000 people attended this year’s auction, despite the rain on Sunday. Last year’s auction raised more than $30,000 for the department.