The purpose was to bring light to the pandemic. 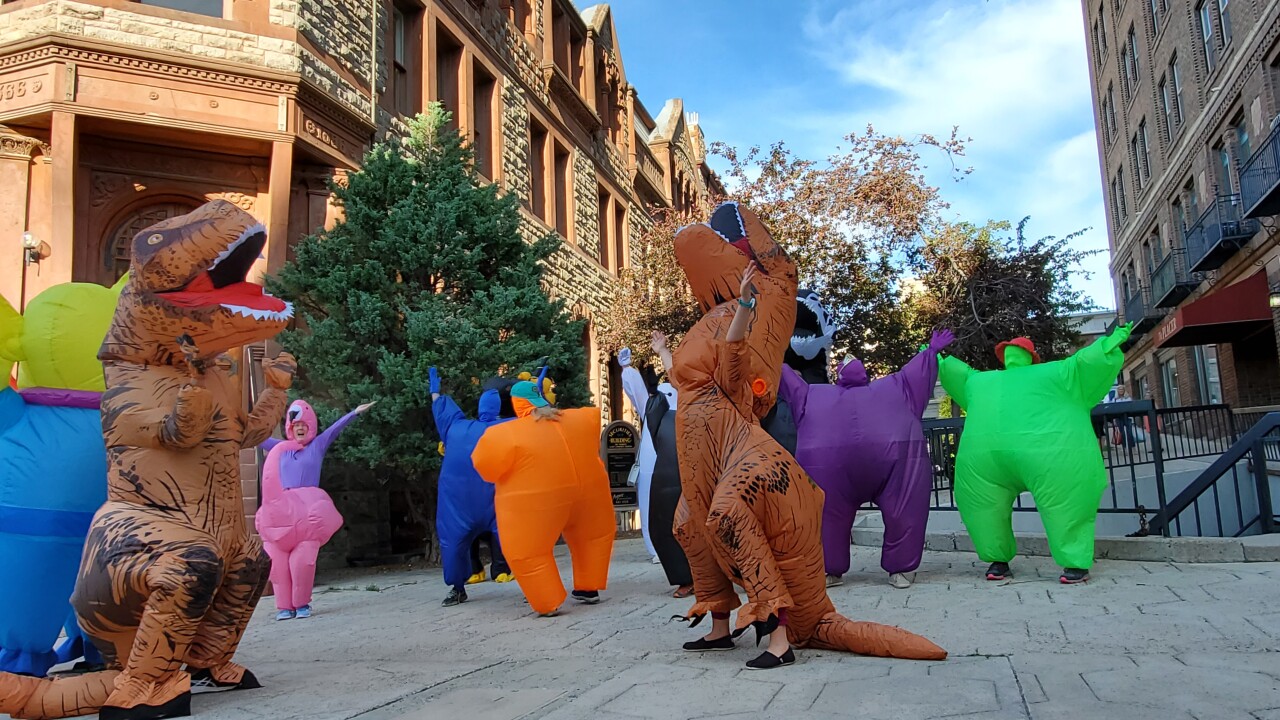 The organizer, Amber Johnson, expected about 25 people with costumes to participate in the party.

Johnson is the owner of Last Dance Gulch and created the flash mob to bring a little levity to the current serious situation.

“It is super important that we tap into the joy and beauty and humor that is still available to us. We just have to intentionally carve out moments for that. So that is what we are doing tonight," says Johnson.

An inflatable costume flash mob and "social dis-dance party" in Helena
Copyright 2020 Scripps Media, Inc. All rights reserved. This material may not be published, broadcast, rewritten, or redistributed.