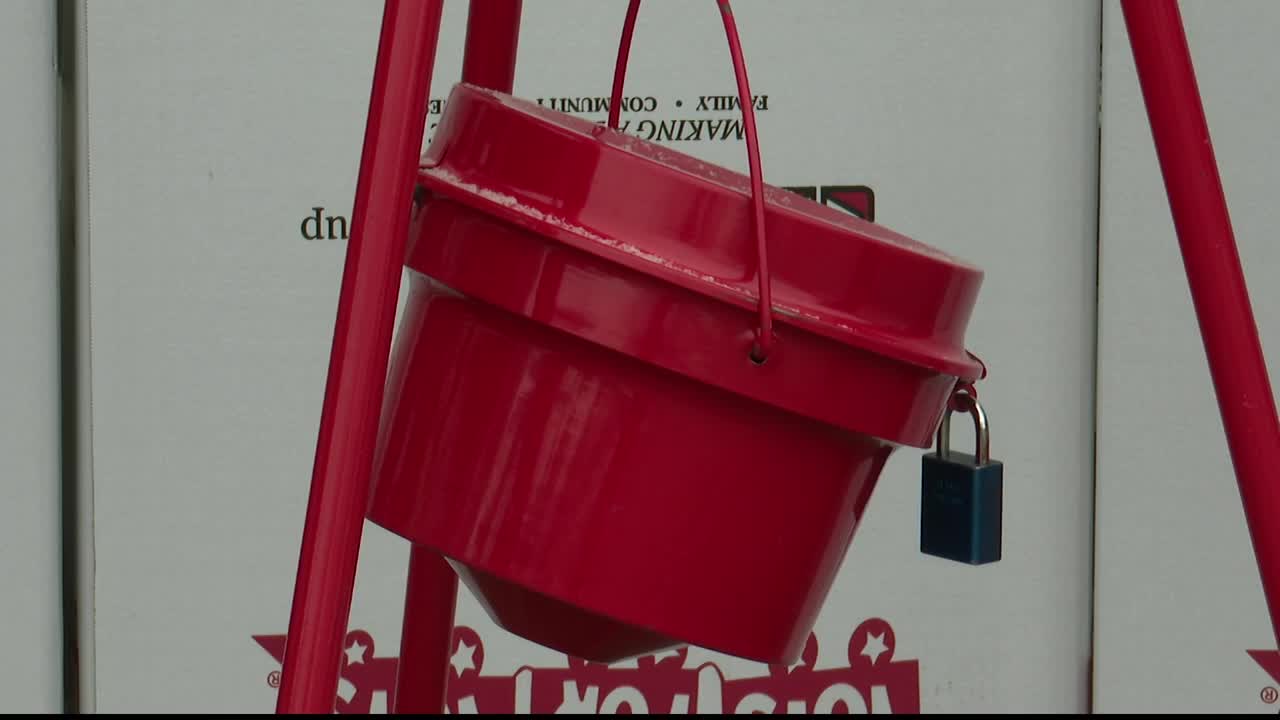 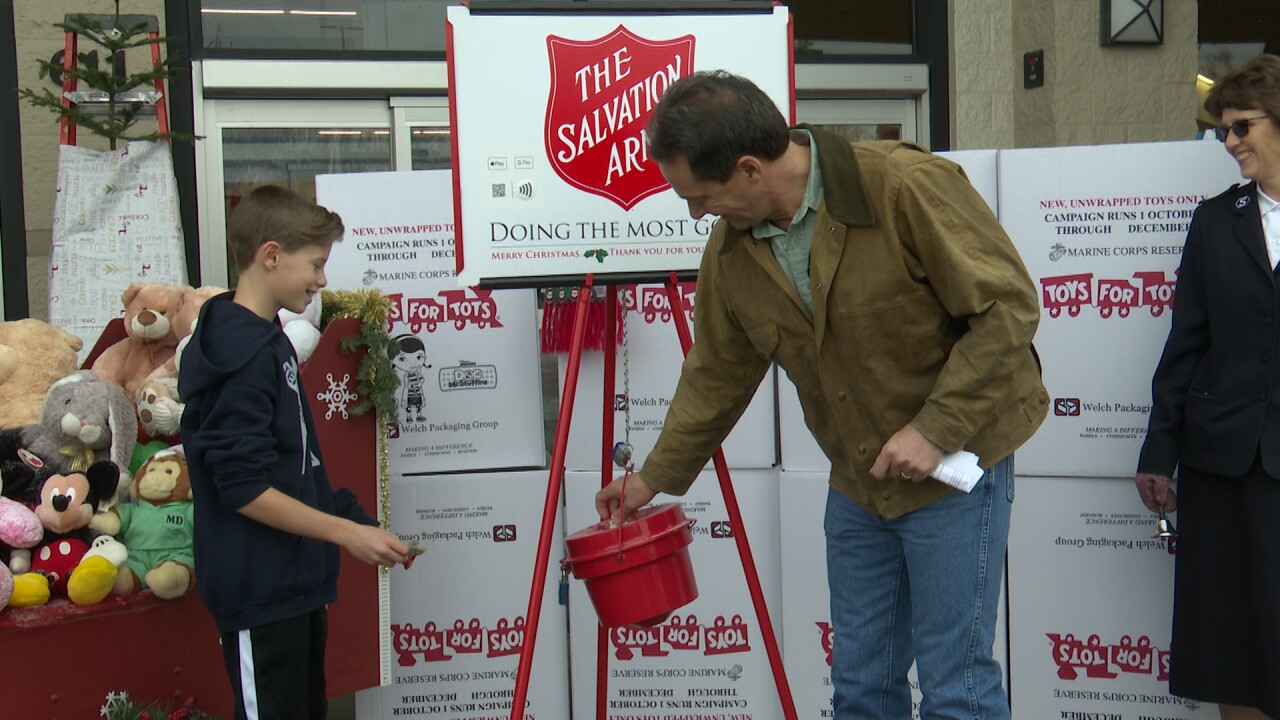 On Wednesday in Helena, Gov. Steve Bullock highlighted the importance of holiday giving, with the Salvation Army and Toys for Tots.

Bullock, accompanied by his son Cameron, dropped a ceremonial “first dollar” into the Salvation Army’s red kettle outside Safeway. They also spent a few minutes as bell-ringers, encouraging donations.

Maj. Phil Smith, Helena corps officer for the Salvation Army, said this is the national kickoff week for the organization’s annual red kettle campaign. He said the money the bell-ringers raise form an important part of their operating budget around the year.

“It’s money we can use at our discretion to really go deeper with meeting needs – people that come to us for help with their rent, their utilities, their food – all kinds of circumstances that people come up against on a regular day, this is where that money goes,” he said.

Smith said the Salvation Army has set up 187 kettles around Montana, and volunteers are also collecting in some other areas of the state. The organization is also accepting online donations, offering prospective donors a card with a QR code.

The event also highlighted the ongoing Toys for Tots collections going on around Helena. The Bullocks left several toys in the donation box.

Jon Moe, operations coordinator for Helena’s Marine Toys for Tots program, said they have about 150 collection boxes at sites around the area. He said they have already seen several host organizations return full boxes.

Leaders said the Salvation Army and Toys for Tots have had a long history of working together well. Smith said, in some cases, they are serving the same families.

Bullock said this event is a good opportunity to remind people about the need that exists in Montana communities.

“For many people across this state – and indeed across this country – the holidays mean something different,” he said. “It means times of maybe being cold, not having the strength of a good home, of being hungry and being alone. So I encourage all Montanans, as we embrace what really is the kickoff for the holiday season, to also embrace our friends and our neighbors across the state.”

Salvation Army kettles will be out through Christmas Eve. Helena Toys for Tots collections will run through the second week of December.