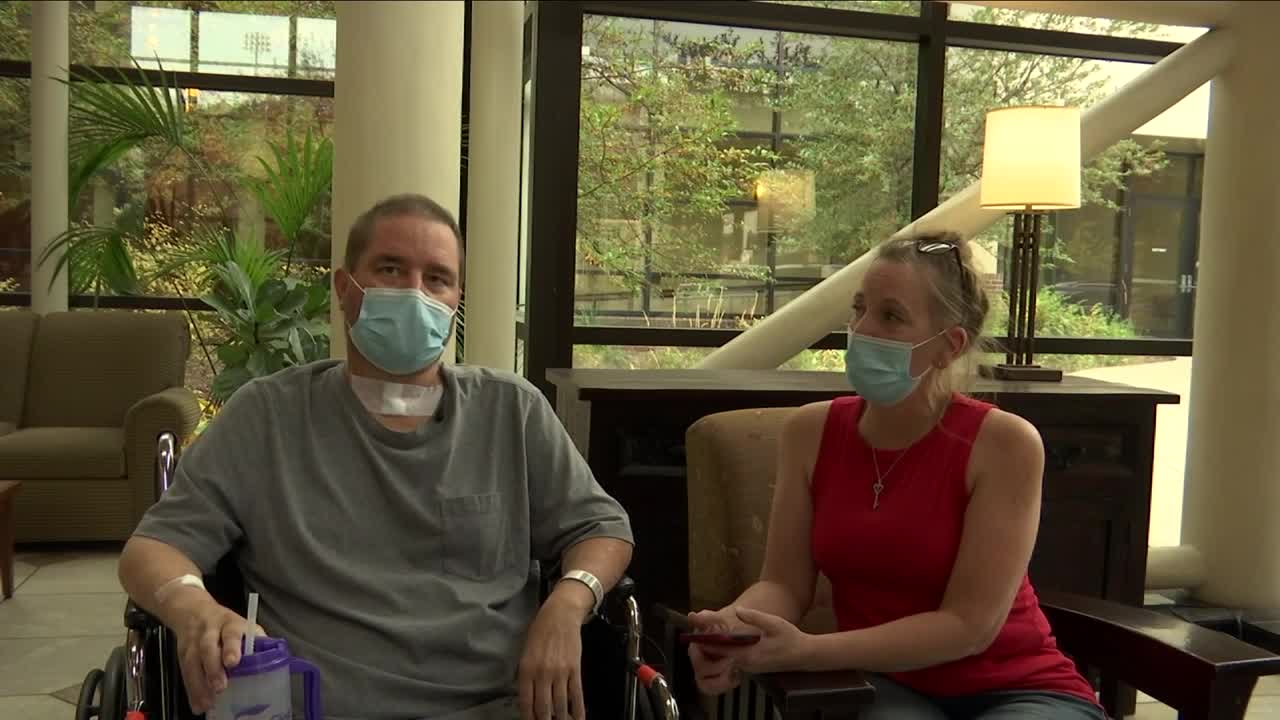 BILLINGS - After 61 days in the hospital for COVID 19, Curtis Jorgensen wheeled toward fresh air.

He had no idea that he would be receiving such a fond farewell.

"Well, my husband had COVID and he was admitted on his birthday, on Aug. 8. And he had his lungs collapse, and he almost died," said Kelly Jorgensen, Curtis' wife.

Rewind 61 days ago: Curtis Jorgenson also had no idea that a stomach ache would turn out to be a virus that would nearly take his life.

"I was thinking I was sick to my stomach, and I went in and got a test and I had it," he said.

"He had no fever, no respiratory, he came in with a stomach bug that he had for a week and he was dehydrated. So I brought him in and they tested him and he tested positive," Kelly said.

Curtis was put on a tracheal ventilator and will have to build up strength to walk again.

"It's going to get better every day, and just building his lungs back up and building up his strength," Kelly said.

"It's real. Everybody walks around like it's not a big deal, but I was one of those, I said, 'ah it's not going to get me.' Well, it got me. And it almost killed me," Curtis said.

He said his wife, the Billings Clinic staff, and his faith got him through the ordeal.

"The doctors, the nurses, the CNAs, the respiratory therapists especially, they all work so hard and are so awesome," Kelly said.

Curtis' favorite season is fall, and he can't wait to soak it in with Kelly, and enjoy a big, juicy steak.

"I learned I need to be more involved with family, friends, and not worry about the small stuff," Curtis said.

"Stupid little things don't matter. Who takes out the garbage doesn't matter. And you find strength in your relationship through this. And we're close anyway, but we're way closer now," Kelly said.

Jorgensen, the 53-year-old father of three, was reported to be the longest patient spent in the hospital for COVID and survived.