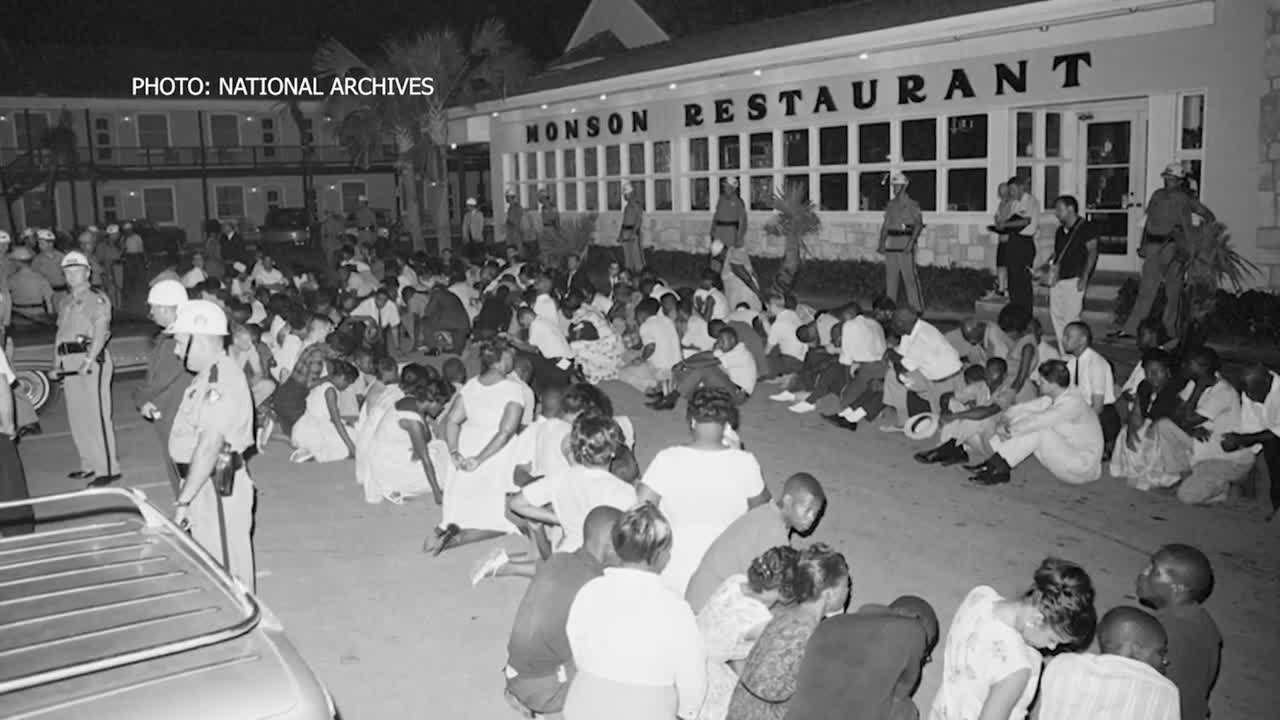 The legacy of the civil rights icon Dr. Martin Luther King, Jr. lives on more than 50 years after his death.

The Montana Human Rights Network hosted Rabbi Allen Secher at The Heath on Monday to share his reflections on Dr. King.

Secher has been a champion of civil rights, co-founding “Love Lives Here” in Whitefish and was an active participant in the 1960s Civil Rights Movement.

“I have been involved, in essence, in civil rights since I was 5 years old,” said Secher.

Growing up in a small town in Pennsylvania, he was tormented for being Jewish.

“As a kid I would be hit with rocks busting open my head, with ‘Jew bastard’ on the other side of the rock,” recounted the rabbi. He also wasn’t allowed to play on his high school golf team due to the local country club’s rule of “no Jews.”

Secher would go on to receive a Bachelor of Philosophy from Brandeis University, and was ordained by New York’s Hebrew Union College in 1962.

Also, in 1962, Dr. King put out a call to clergy to join him in Albany, GA. Secher answered that call, and joined King in a prayer service on Aug. 27, in front of the Albany City Hall. All 75 clergy were arrested and taken to jail.

“Albany permitted no integration, and there was an awful sheriff who was involved,” said Secher. “This was the year after the Freedom Riders’ buses were torched and the kids on the bus, who were going down for voting rights, had been beaten.”

Secher said the clergy being arrested turned into a major triumph for the civil rights cause in Albany.

“For one night we integrated the Albany, Georgia jail,” explained Secher. “They put black ministers and white ministers together. It took them 24 hours to realize ‘oh my god, we have blacks and whites together.’ So, then they separated us.”

Two years later, Secher found himself with in St. Augustine, Florida along with 15 other rabbis. King wrote a letter urging rabbis to come and take part in demonstrations.

On June 18, 1964 the rabbis joined other civil rights activists in helping integrate the whites-only pool and restaurant at the Monson Motor Lodge. After demonstrators jumped into the pool, the manager poured acid into the pool to force them out.
“Albany was some scary time, but St. Augustine was scarier because we were surrounded by the Klan,” recalled Secher.

All of the protesters were jailed as a result of the incident. While in custody, the rabbis were segregated from everyone else.

They decided to write a letter titled “Why We Went: A Joint Letter from the Rabbis Arrested in St. Augustine” about the importance of facing injustice at every turn. Ironically, the civil rights manifesto was written on the back of a Ku Klux Klan poster.

More than a half century later, Secher is still actively involved in civil rights and says he has no plans on quitting. “I’m not going to stop, my body might stop at some point though,” he quipped. Secher.

In recent years there has been a visible hate speech here in Montana. One of the most recent cases being a swastika spray-painted on the Community Spirit Monument in Kalispell.

“There is a rise because somehow there always has to be another,” said Secher.

Secher has spent his life working with people from diverse faiths and backgrounds and says the most important thing people can do is not be silent when they see injustice.

“Not every white person is a white supremacist. In fact, the vast majority are not, it’s a small group,” said Secher. “Don’t be silent when you see something wrong. Speak up, let your voice be heard and show people what is human about human rights.”

Secher stressed the importance of not dehumanizing people, even if you will probably never agree on anything.

“Talking to people makes a difference, being able to have a conversation and listen,” said Secher.

More information about Secher’s organization Love Lives Here can be found on their website .