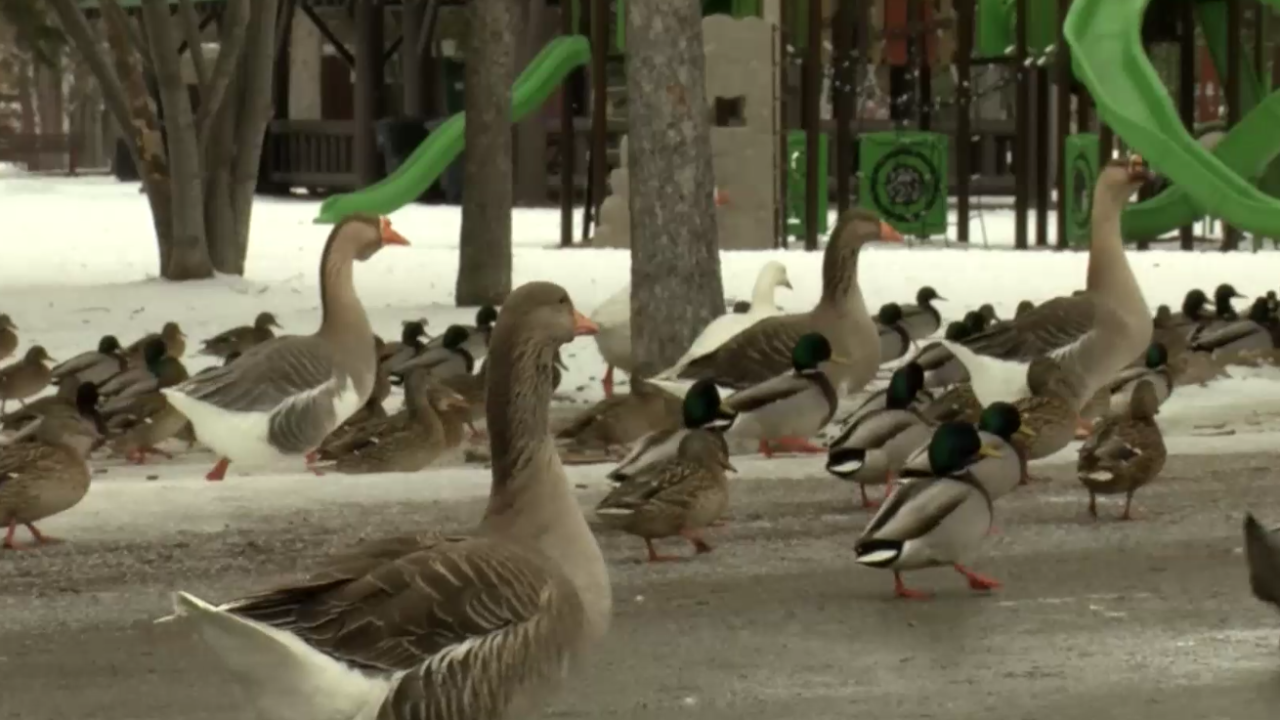 <i>MTN News</i>
<i>An overpopulation of birds in a popular Kalispell park is causing issues for the city, its residents and the birds. </i>

KALISPELL — An overpopulation of birds in a popular Kalispell park is causing issues for the city, its residents and the birds.

If you've been to Kalispell's Woodland Park, you're familiar with the population of domestic and migrant birds.

However, Montana Fish, Wildlife and Parks spokesman Dillon Tabish says this bird population is an issue.

"Over the years that population has really grown to a point now where it's certainly overcrowded and you could say overpopulated in that relatively small space," said Tabish.

"The overpopulation creates a problem with the pond and the amount of nitrates that are introduced to the pond," said Fincher. "The nitrates actually help promote the algae within the pond. So, you'll see more algae blooms."

Kalispell and FWP officials strongly discourage people from feeding these birds anything as it can cause such an array of health issues for the birds.

Fincher explained that Angel Wing is a deformity these birds get from being malnourished from just being fed bread by people.

"One of the things that's happened is Angel Wing. It's a deformity within the wing which doesn't allow them to fly," explained Fincher.

Tabish says this is detrimental to Canadian Geese and mallards that are in Kalispell that can no longer migrate.

Kalispell resident Amy Starr says that she noticed, as the birds became used to people, they became more aggressive.

She worries about her young daughter when they're at the park. Many times, the birds aggressively run towards her and scare her.

She told MTN News that she hopes something can be done soon.

"The thing that makes me the saddest is to see the ones limping and to see the ones that are sick because people feed them bread and that is one of the worst things for their diet," said Starr.

But Kalispell resident Amanda Henning says she hopes the new solution won't completely remove all birds from the park.

"Woodland Park was like the duck park, and if you don't have the ducks, I'm sure it will be a beautiful place to go, but I just don't think it'll be as great and as memorable,” she said.

Kalispell officials say they plan on having an open public comment on this issue in the Spring.