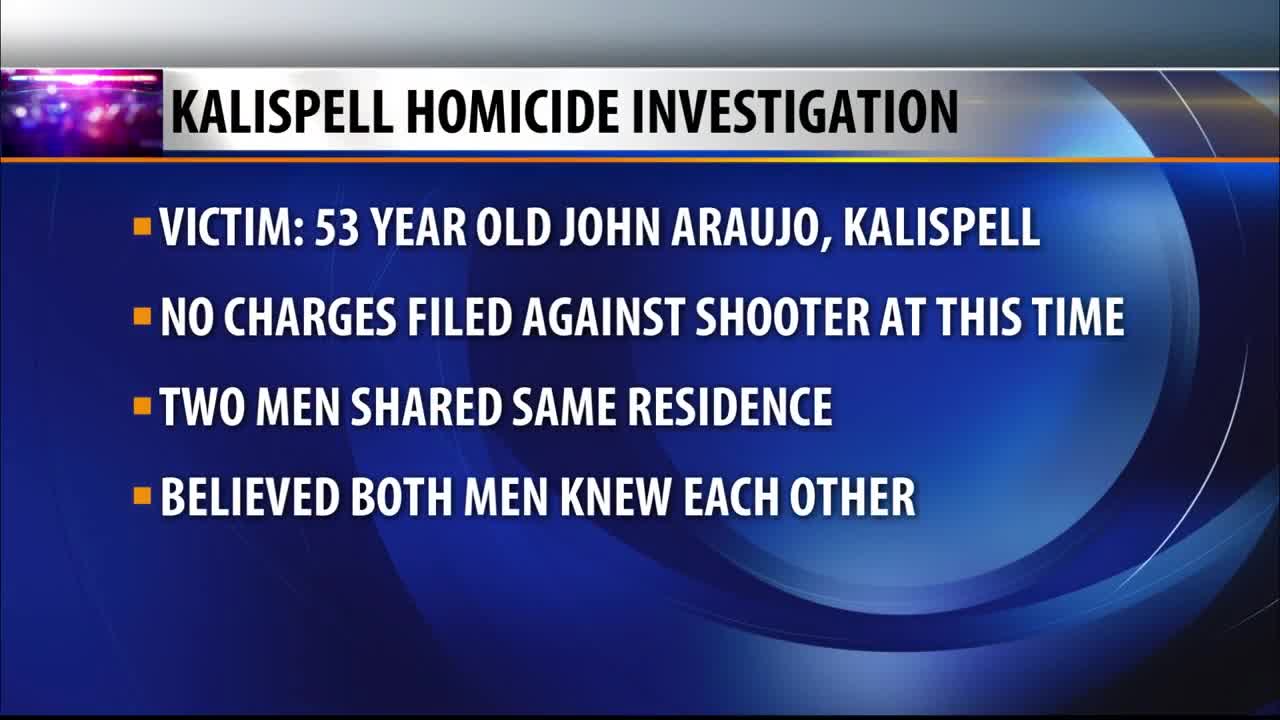 KALISPELL — Kalispell Police have released the name of the man who was killed over the weekend -- as well as more details about the incident which took place at a Kalispell home.

KPD responded on Saturday to a residence on the southwest side of the city for a report of a welfare check. In a press release, Captain Tim Falkner says there were no reports of suspicious activity or suspicious persons in the neighborhood.

Shortly after this report, a male asked to speak to an officer at the Kalispell police station. The male told law enforcement that he had shot someone in his residence -- which was the same home where officers responded to the welfare check.

With this additional information, officers made entry into the residence where they located a deceased man who has been identified as John Araujo, 53, of Kalispell. He was interviewed and later released.

It is believed both males involved were known to each other, according to police. No charges have been filed at this time as the incident is still under investigation.

The Kalispell Police Department does not believe there is a danger to the public. Nor futher details are being released at this time as the investigation into the shooting continues.