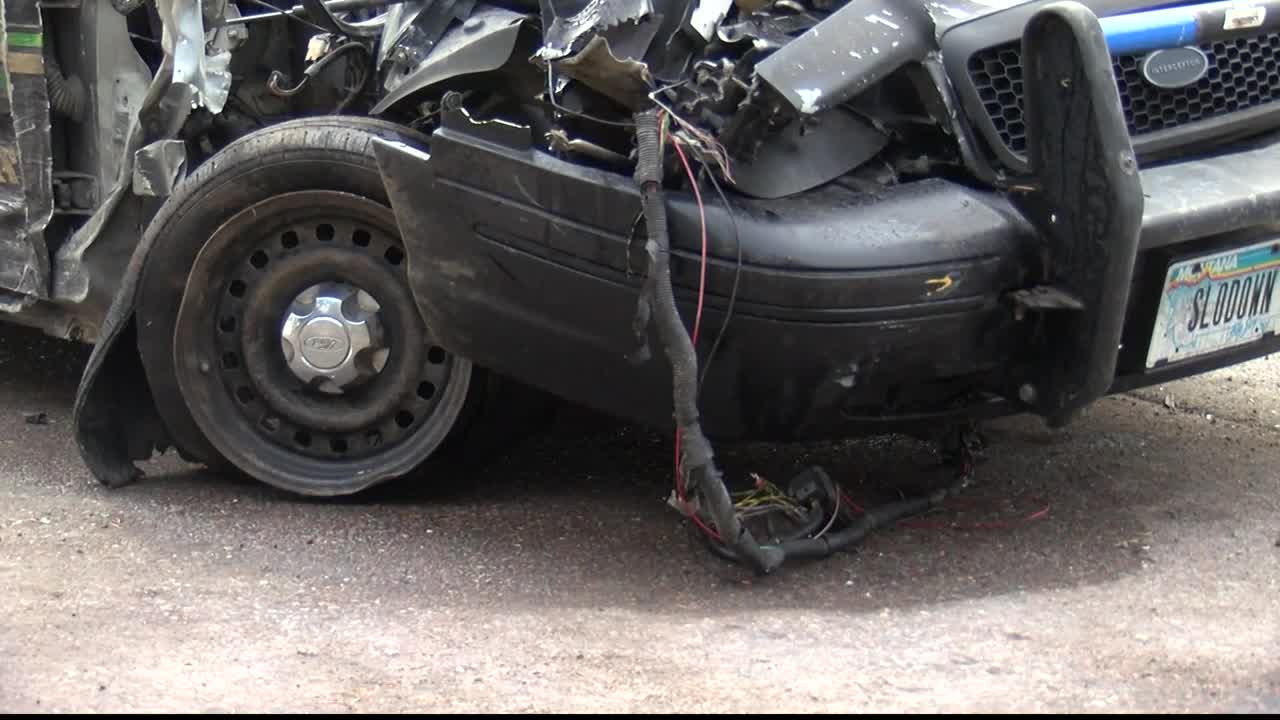 KALISPELL — New information is coming to light on the man who allegedly drove into the fake patrol car in Somers, severely damaging it.

Montana Highway Patrol Trooper David Mills says Ronald Brown, 51, of Lakeside was traveling south on US Highway 93 in his Ford F 150 and misjudged a curve in the road. Continuing straight, Brown went off the shoulder and rolled his vehicle over.

He also damaged the front end of the fake patrol car and barely missed a coffee hut stand. Brown fled the scene but authorities later found him. He was transported to the hospital for injuries, but was expected to be released Monday afternoon.

Trooper Mills says charges are pending on the accident.