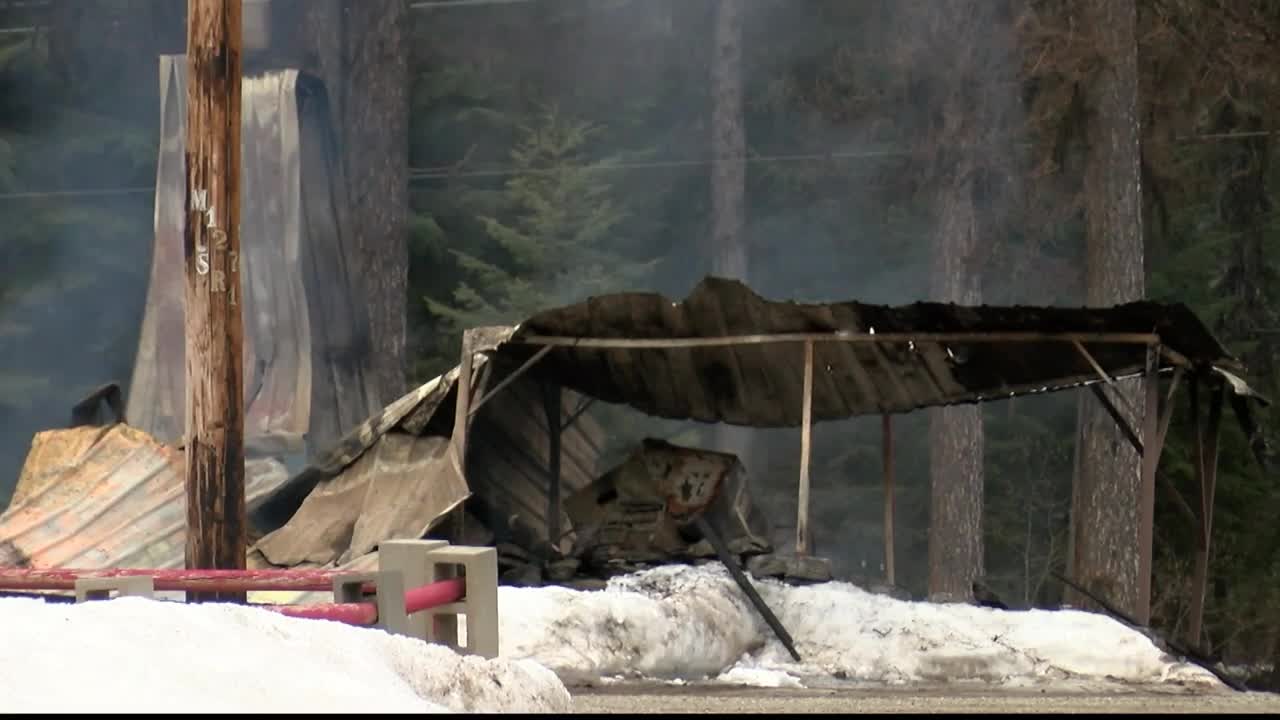 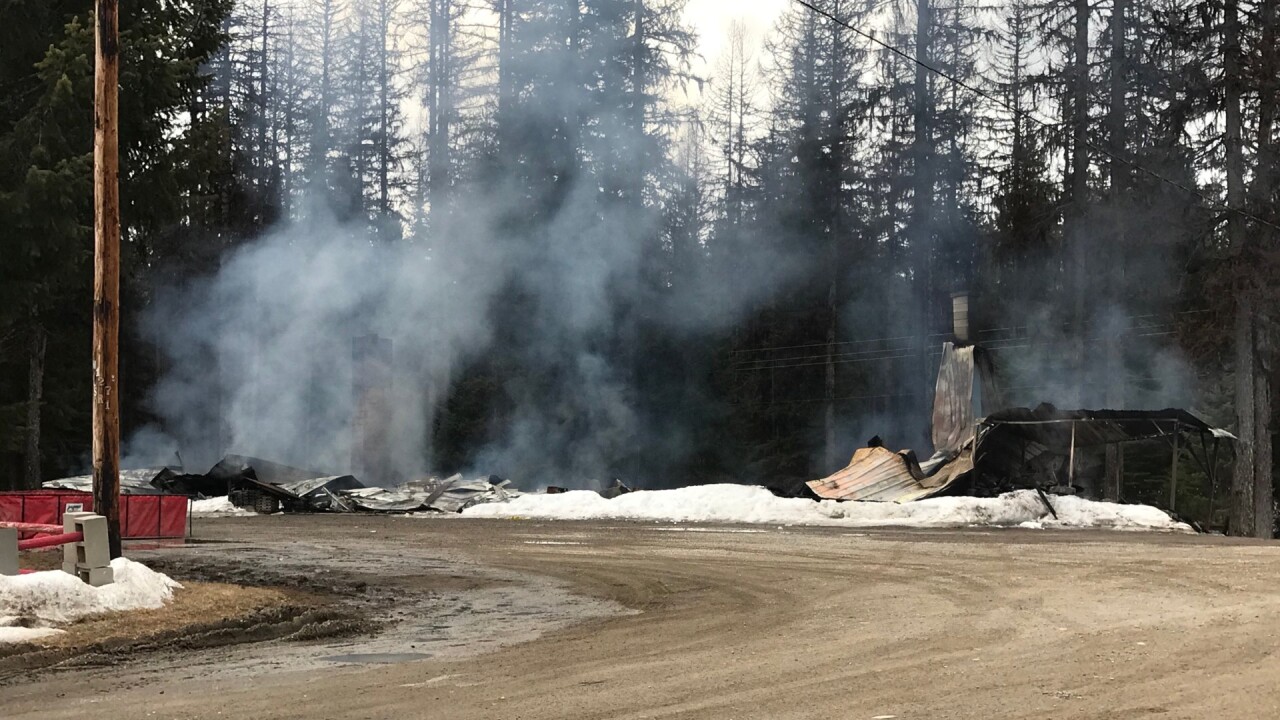 OLNEY — A building that caught fire in Olney on Tuesday has been deemed a total loss by local fire officials.

Fire Chief Jordon Carr says that at around 4:30 p.m. on Tuesday the Olney Fire Department responded to a structure fire at the Point of Rocks restaurant.

Mutual aid was called in from the Whitefish, Trego and Eureka fire departments as well as from the DNRC and Eureka EMS.

Carr tells MTN News that the restaurant was closed, but there was an attached residence, which was also in flames.

The people inside the home when the fire started broke out were able to evacuate and no injuries were reported.

Crews arrived to find the building was fully engulfed with smoke and that the fire had collapsed some of the floors and was running into the attic.

Carr says firefighters were unable to make entry and had a difficult time accessing the fire.

Crews worked until about midnight but the fire rekindled at around 1 a.m. Carr told MTN News he was out fighting the fire for around 17 hours.

Fire officials believe that a plug-in heater sparked the blaze.