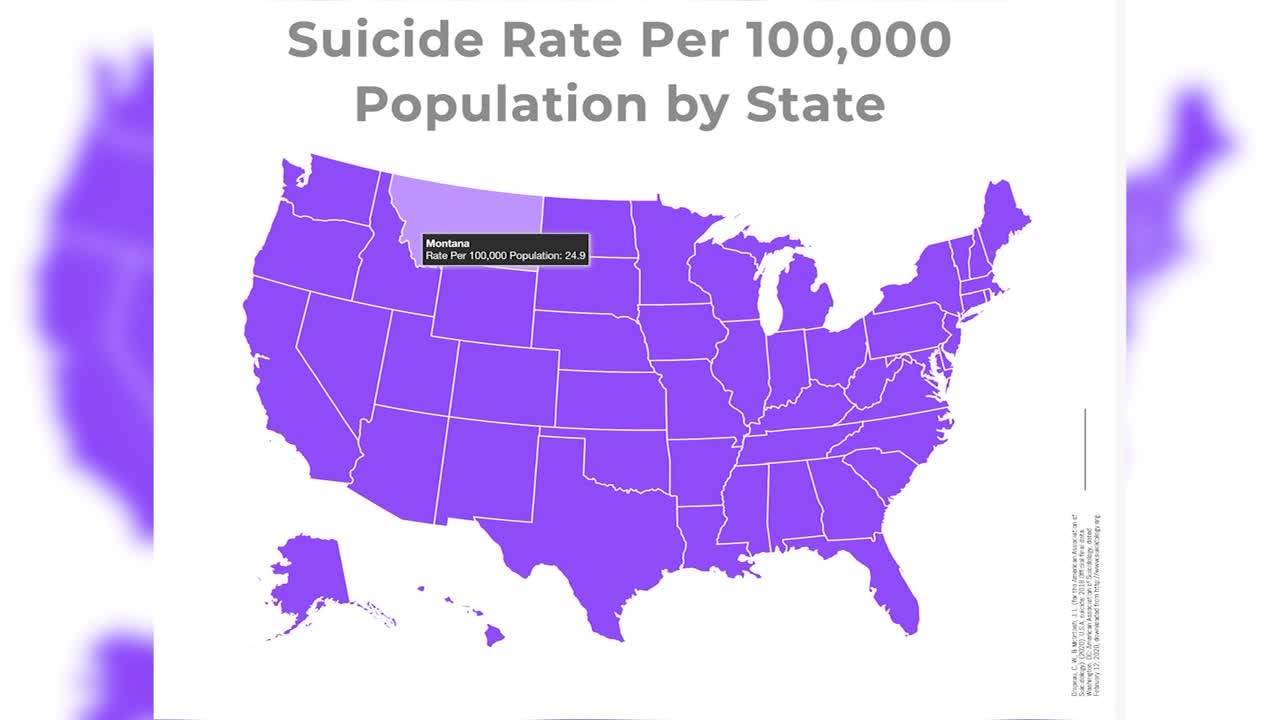 Montana no longer Top 3 in suicides 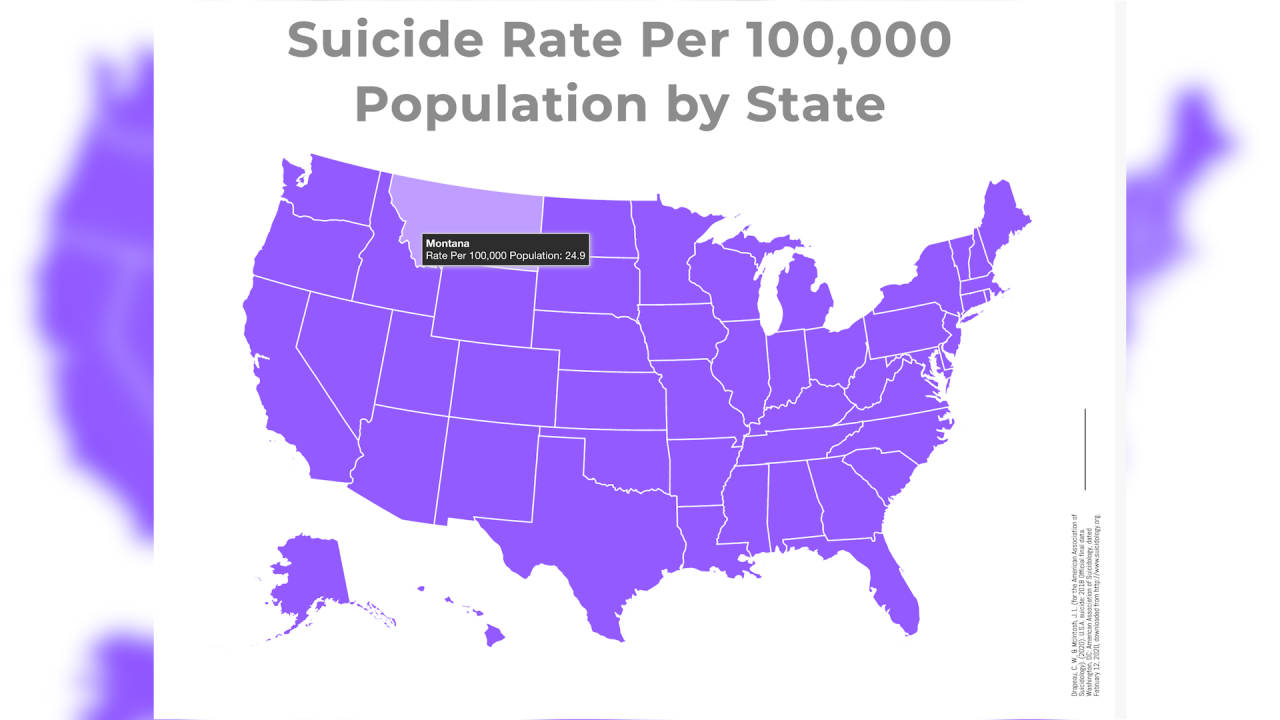 The American Association of Suicidology released its latest report on suicides. Montana seems to be making progress against the public health issue.

For the first time within the last decade, Montana did not rank Top 3 in suicides. NAMI Director, Matt Kuntz, says that this is only a step in the battle to combat suicides across the state.

“What’s been really cool is in about the past 7 or 8 years, there’s been a bunch of different organizations and individuals that have brought different things to the table. It’s a real joint effort,” says Kuntz.

That joint effort is to combat suicides across the state. In 2017, Montana ranked #1 for suicides. In 2018, that rank went to #4 across the country. Kuntz credits mass organizations rallying together for suicide prevention.

“A big part of it is increasing access to care,” says Kuntz.

Despite the increase of care, the report states that the United States, as a country, increased in suicides in 2018. The crude rate for suicides that year was 14.8%, the highest it's ever been since 1938.

“When this data came out, I lost a dear friend that year and we had a number of different families that we worked with that lost people. It sure didn’t feel like the epidemic was over for that number and we know that we need to continue to improve how we do suicide prevention,” says Kuntz.

One of those ways is targeting specific audiences.

Examples of target population, according to Kuntz, are such things like high school or middle school students. The goal for Kuntz and NAMI Montana is to have the state out of Top 5 for suicides for five years.

“We really are gonna know that we’ve done something when we’ve been out of Top 5 for five years,” says Kuntz.

This goal will hopefully lead to the long goal of total suicide prevention. As of 2020, Kuntz accepts the 2018 data for Montana, as a first step.

“I think that this is a really nice first step. It’s a real statement to everybody that’s worked so hard around the state to try to improve awareness and access to care, but it is just a first step. We’re still losing too many people everyday and we just need to keep fighting,” says Kuntz.

If you are or know someone having suicidal thoughts, you are encouraged to call the National Suicide Prevention Lifeline: 1-800-273-8255