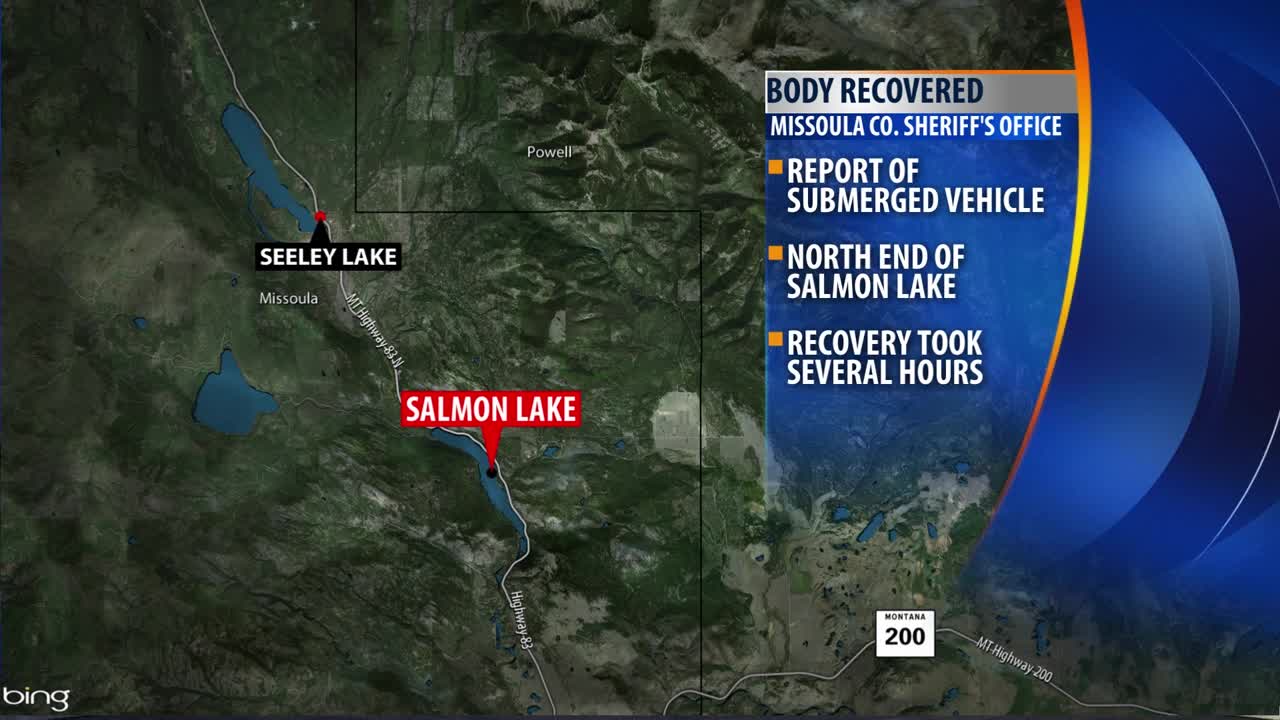 A body was recovered from Salmon Lake Monday night after authorities received a report of a submerged vehicle. 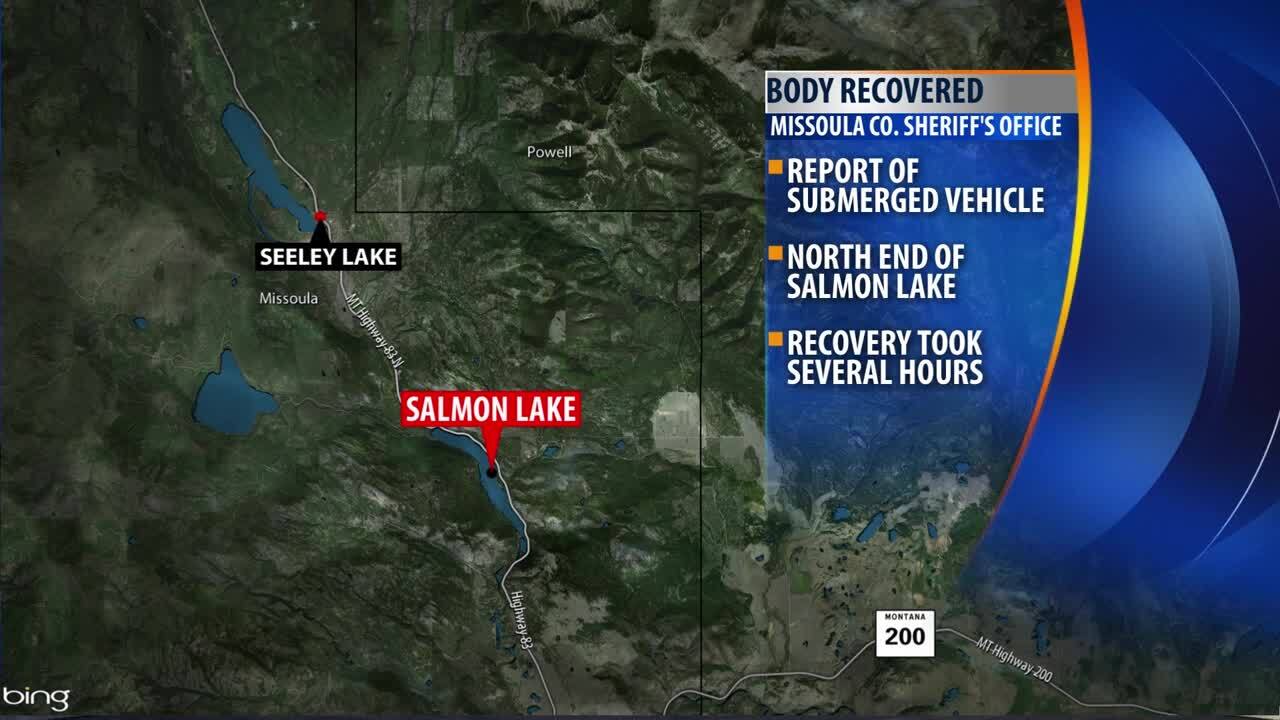 MISSOULA — A body was recovered from Salmon Lake Monday night after authorities received a report of a submerged vehicle.

The Missoula County Sheriff's Office reports a vehicle was seen sinking into the northern portion of the lake around 4:30 p.m. on Monday.

A certified diver with the Sheriff's Office responded along with Seeley-Swan Search and Rescue.

Authorities report the body was recovered around 8 p.m.

"The recovery took several hours with very cold temperatures. A big thank you to assisting agencies and the diver who helped in this very sad incident," the Sheriff's Office stated in a social media post.

No other details, including the identity of the person, have been released at this time.