Missoula woman charged with killing her neighbor in his sleep 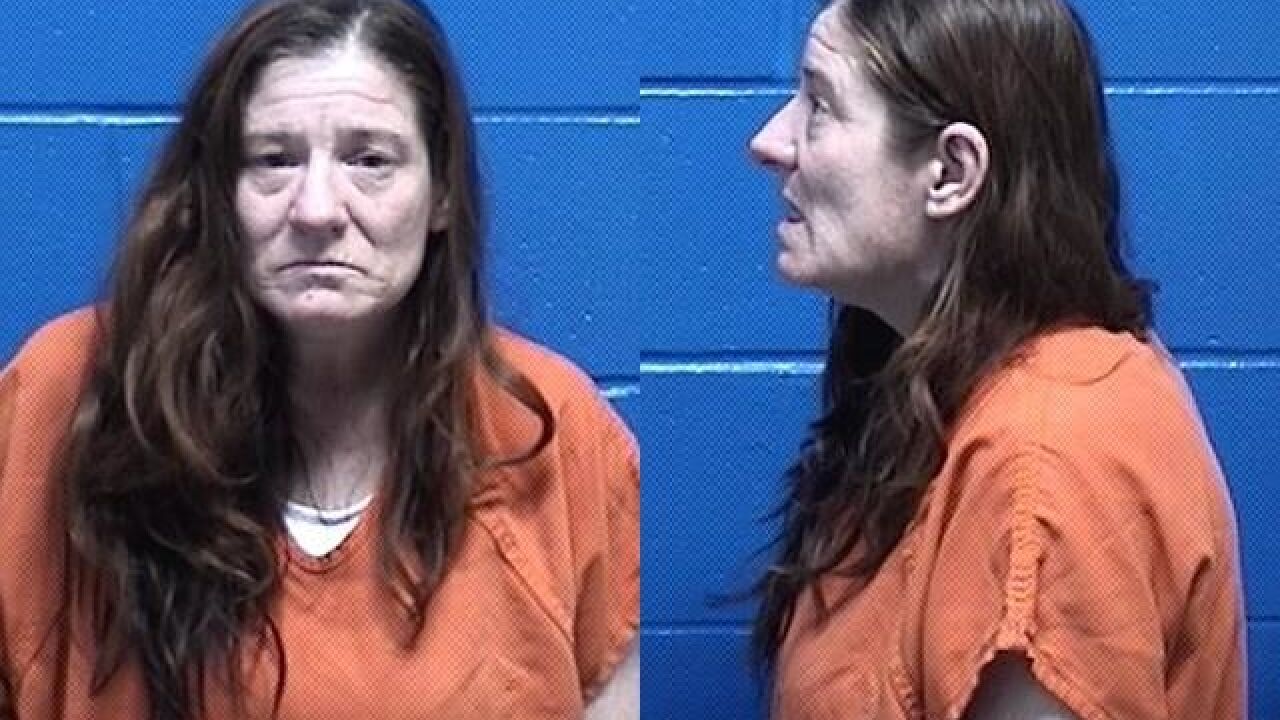 MISSOULA- — A Missoula woman has been formally charged in the stabbing death of her neighbor.

Nancy Leann Wright, 47, is charged with one count of deliberate homicide in the death of Phillip Benjamin, 42, of Missoula.

Police were dispatched to an apartment at 3602 Stephens Avenue on Nov. 3 for a report of an unattended death.

Benjamin's caregiver told authorities he found Benjamin sitting on the floor near the side of the bed, cold to the touch and stiff. He was wearing his CPAP mask when his caregiver found him.

When Missoula County Sheriff Captain and Coroner Anthony Rio arrived on the scene, he observed blood was covering Benjamin's chest.

Upon closer examination, it was apparent Benjamin received a stab wound to the chest area from what appeared to be a knife.

A Missoula police officer on the scene located a knife laying on the floor partially underneath Benjamin's leg.

The caregiver said he checked on Benjamin on Nov. 2 where they watched movies and ate pizza. He said he didn't think anything was "off" about Benjamin when he left.

The caregiver told authorities he did not believe Benjamin had a significant social life, but was aware of a conflict with a female neighbor who would yell at Benjamin for smoking.

A chip inside the CPAP machine records Benjamin's sleep patterns. By checking the records, authorities and a medical expert were able to determine when Benjamin died.

right was detained on Nov. 12 on a charge of Criminal Trespass to Property for an incident in which she entered into her neighbor's apartment uninvited, sat down, and started smoking a cigarette in the woman's apartment.

When police arrived for a follow up, neighbors told police Wright's behaviors were very strange over the past few months.

Over the course of the interview, Wright admitted going into the victim's apartment. When the detective asked Wright what she did in the apartment she said "I killed him"

When the detective asked how she did that, Wright responded "with a knife."

When asked where Wright got the knife she said she got it out of her kitchen and then "went and murdered him" but could not say why she killed him, only that she was told to do it.

The detective asked where Benjamin was when she stabbed him and she said he was in bed. When asked what the victim did after she stabbed him she said, "I don't know what he did!."

When asked what the defendant did she stated, "I stabbed him and left....I didn't stay."

Wright is being held on $2 million bond in the Missoula County Detention Center.