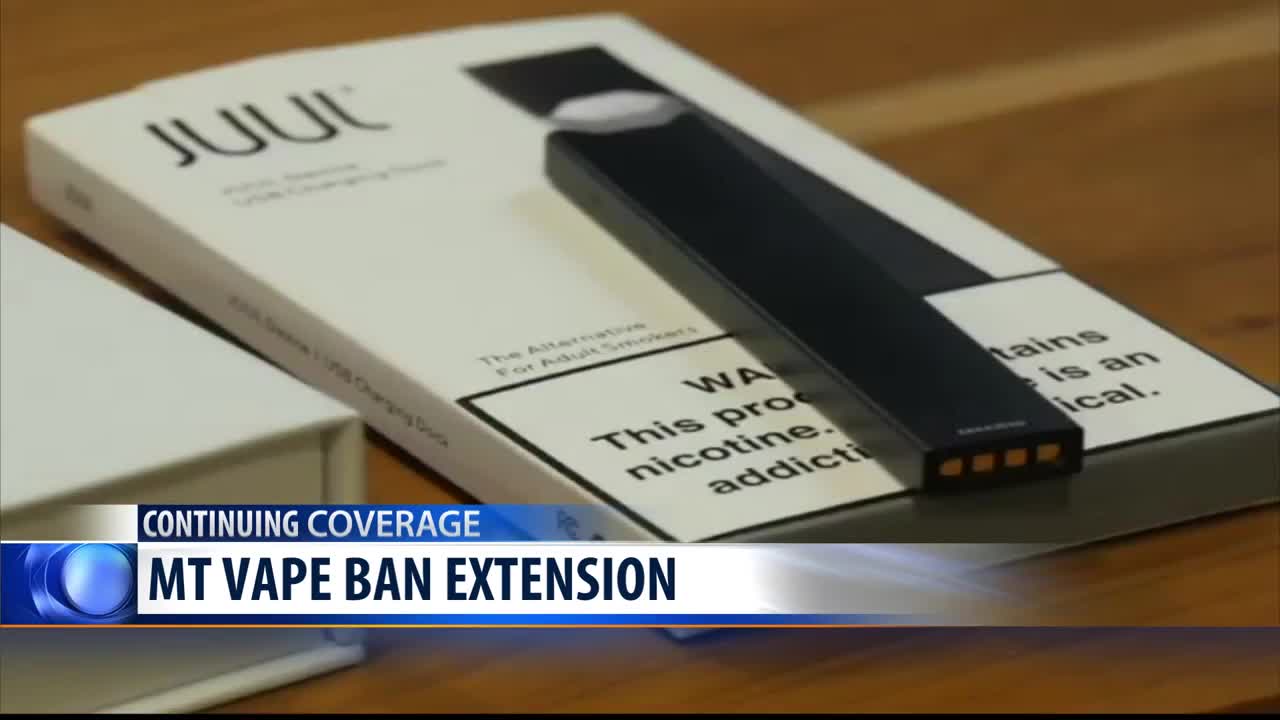 HELENA — The Montana Department of Public Health and Human Services says the temporary ban on e-cigarettes, including vaping products, will continue into April, something many vape shop owners say they disagree with.

Officials announced back in December that the 120-day restriction would take effect on Dec. 18, 2019 after a Montana District Court judge lifted an injunction.

While the ban originally was set to end on Feb. 21, the state argues that the injunction filed has pushed that time frame back.

The temporary ban includes the sale of all flavored e-cigarette products both in-store and online, but does not require businesses to destroy the inventory they have left.