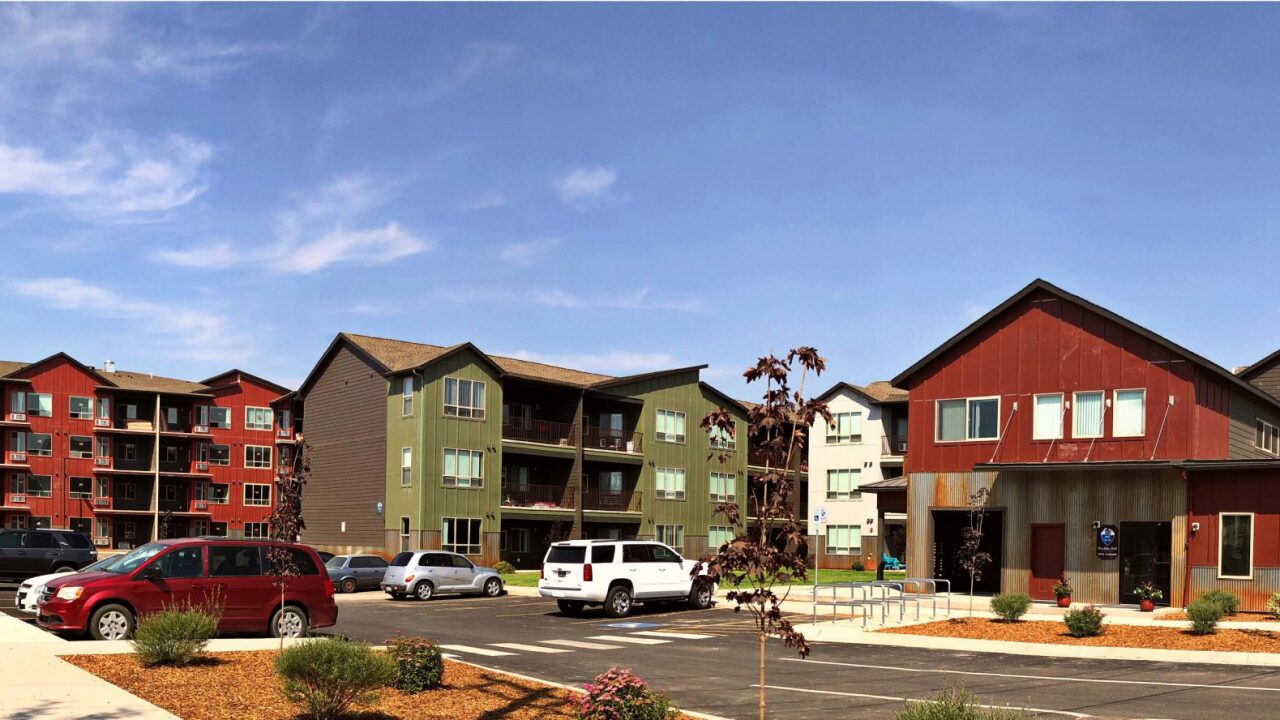 Missoula Current
<i>CNA Companies, based in Denver, closed on Brooklyn West, a multifamily property located off Mullan Road. The property was developed by KJA Development of Montana in two phases.</i>

MISSOULA — One of Missoula’s newest apartment complexes changed hands this month under a deal brokered by Berkadia on behalf of the property’s Montana-based developer.

“It was a market rate, or conventional asset, meaning it wasn’t student housing and it didn’t have an affordability component attached,” said Steele. “Despite the fact this isn’t student housing, having a major university in a town you’re buying an apartment complex in is usually a big driver.”

Built by KJA Development in two phases between 2018 and 2019, the property features one- and two-bedroom floor plans with a full range of appliances and private patios or balconies.

The property features 171 units in nine buildings, along with a fitness center and media lounge. Steele said the property was well-received by investors.

“The feedback was all positive from the folks taking an interest in the asset,” Steele said. “The biggest impediment was getting people familiar and comfortable with the market. It’s more tertiary and isolated and most folks were looking at it and coming from out of state, so there are challenges there associated with operational stuff. But once they sunk their teeth into it, most folks were positive in what they saw.”

While the Missoula market remains relatively small when compared to others, it has increasingly attracted interest from buyers looking to invest in growing cities. The demand for housing in Missoula remains strong, making it an attractive commodity for investors.

“We’ve got a number of other investment groups that would like to acquire more as a result of this process,” Steele said. “Inevitably, only one group is successful in acquiring it. But a number of folks who have spent time and energy and resources in getting their team up to speed on the market and liked what they saw, they want to ultimately acquire something and not just gain knowledge.”

Current estimates suggest Missoula will need several hundred units of new housing across multiple price points each year to meet growth demands. Steele said the sale of Brooklyn West and the Missoula market has gained the attention of outside investors.

“The challenge is just getting people familiar and up to speed on a market like Missoula,” Steele said. “Not a lot of people outside of those who have owned or operated there for a long time have much experience in that market. The big challenge is getting people comfortable with the economy in Missoula and the growth story.”

Ken Ault, owner of KJA Development, is planning a second project off Grant Creek. That project will go before the City Council later this month.