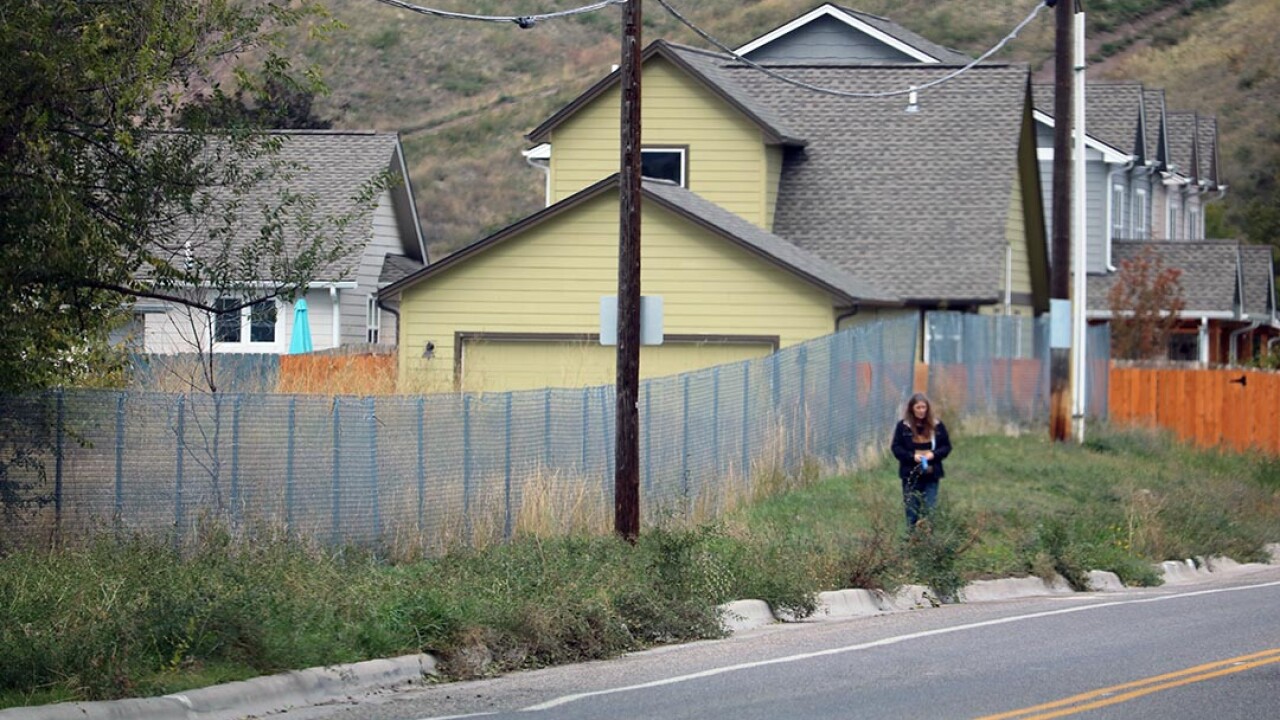 Martin Kidston/Missoula Current file photo
A pedestrian walks along Scott Street near a vacant field that could see a sizeable permanently affordable housing project be developed, so long as the city closes a deal with a team of interested investors. 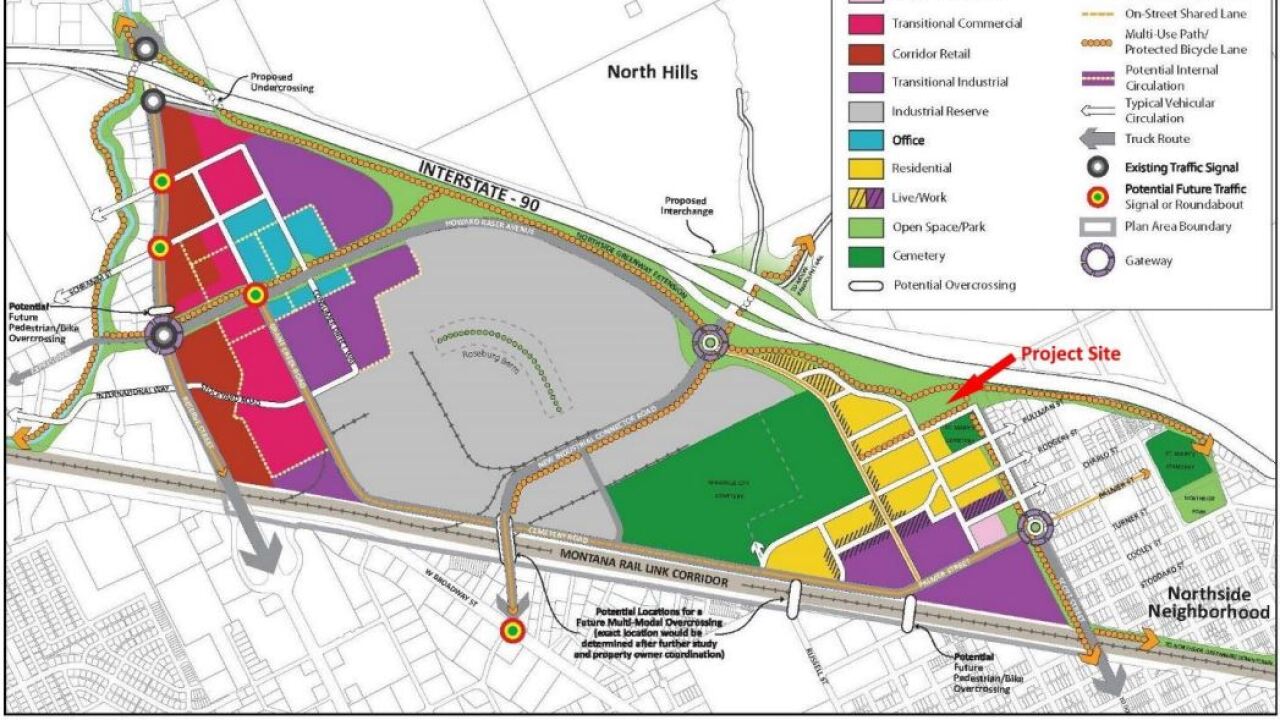 MISSOULA — An outside investment proposed for Missoula’s opportunity zone could see permanently affordable housing land on several acres of city-owned property off Scott Street in the Northside Neighborhood, a city official said Thursday.

While details of the project are still in the works and the partnership is still forming, Ellen Buchanan, head of the Missoula Redevelopment Agency, said the deal could include an element of housing for the “missing middle.”

“We stand to gain some pretty impactful, permanently affordable housing as a result of this partnership if we’re able to consummate that relationship,” said Buchanan. “It’s a work in progress, but it’s being fleshed out right now.”

The City Council approved the $6.3 million purchase of 19 acres of former industrial land west of Scott Street in July. Around 10 of those acres were cleaned to residential standards, and it was the city’s goal to see the land developed with a blend of housing and other retail services.

Buchanan said the city is working with a group that wants to redevelop the 10-acre parcel. She didn’t divulge the interested party, but said the proposal is on the fast track to hit the City Council’s docket on Dec. 2.

“It will go very quickly to City Council if everything falls into place, and it looks like it’s heading there right now,” she said.

The proposed developers are working with Opticos Design, a California company that specializes in designing walkable communities and “missing middle” housing. The same firm is helping plan elements of the Hellgate Village subdivision off Mullan Road.

The missing middle approach to housing is growing in popularity across the West in response to what many are calling the housing crisis, or the rapidly rising cost of housing. The median price of a home in Missoula now stands at $340,000 while in Bozeman it’s $585,000.

“This is the one piece of the puzzle that’s most challenging to try and address as far as housing affordability and meeting our citizen’s needs,” Buchanan said. “It’s basically a series of projects that don’t exist in our market, and it’s kind of a way of getting density on a piece of property that’s more compatible with the neighborhoods going in around it.”

Plans for growth along West Broadway and Scott Street have been years in the making, dating back to a community master plan approved by the City Council in 2017. Among other things, it calls for housing and commercial development, better infrastructure and a future interchange at Interstate 90.

A number of projects have been proposed or approved for the neighborhood, including the 200-unit Villagio apartments planned at the north end of Scott Street. Buchanan said the neighborhood has been active and supportive, but is growing concerned over access.

“That’s one of the things we’ll have to deal with, and folks will be dealing with MRA to help solve some of those access issues internally with this development if we’re able to move forward, and externally in terms of the 200 units at Villagio. Scott Street is the only primary way in and out of that area.”

Opportunity zones were included in the federal Tax Cuts and Jobs Act of 2017 to encourage long-term private investment in low-income communities.

Buchanan said an investor is interested in the Scott Street property under the opportunity zone incentives. But the program is set to expire at the end of the year, making the deal more urgent.

“This group brings an investor to the table that would take advantage of the opportunity zone,” Buchanan said. “There would be a significant investment made through that tool, but we have to have certain things done by the end of December before those benefits expire under the current regulations.”

The Missoula Economic Partnership has worked to showcase Missoula’s opportunity zone in hopes of attracting “right fit” projects. MRA provided MEP around $50,000 to help attract investment to the opportunity zone.

“MEP brought this deal to the city and us,” Buchanan said. “That investment may very well pay off in spades.”