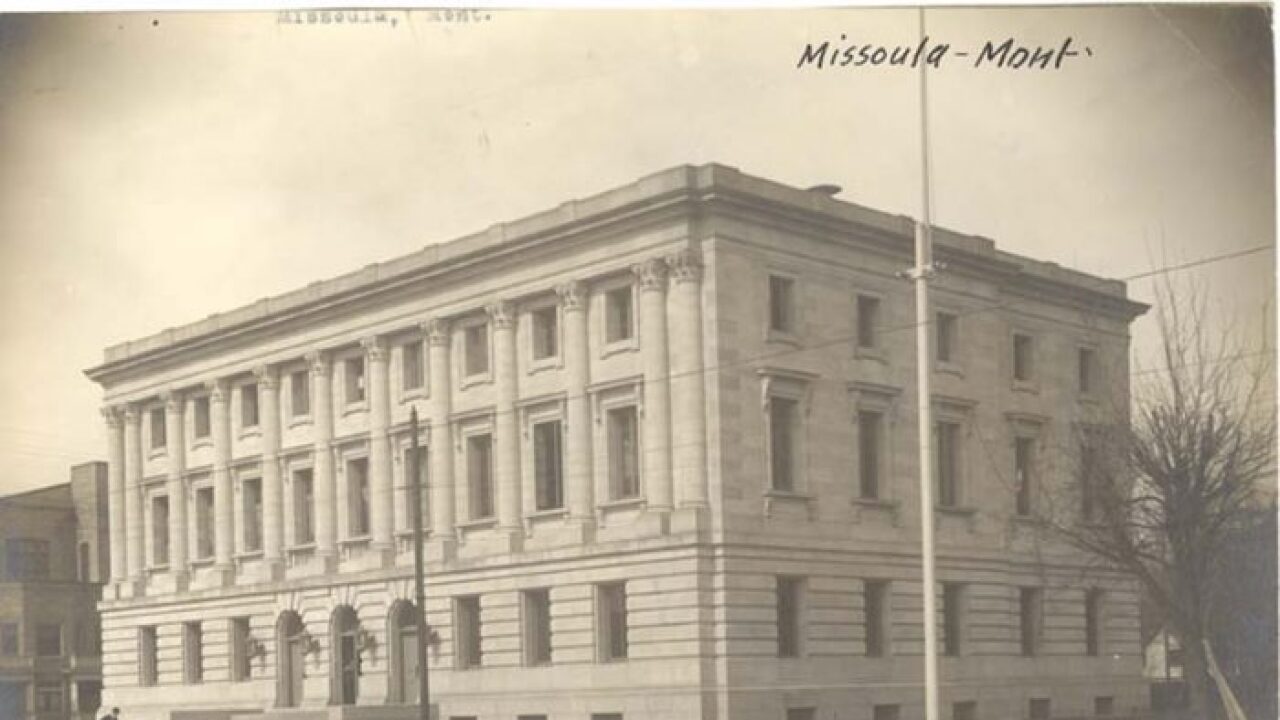 The federal building in downtown Missoula as it looked in 1913.

MISSOULA — With a decision forthcoming, city and county officials remain hopeful the General Services Administration will release the federal building in downtown Missoula to public use.

Ever since the U.S. Forest Service vacated the building, local officials have eyed the property for its potential to consolidate services, and they believe the GSA will soon announce the property’s future.

The city has been tracking the decision.

“They’re taking the step to pursue disposition and the national monument piece simultaneously, so we don’t complete one step then engage in the following process,” said Mayor John Engen. “That’s happening concurrently.”

City and county officials last March sent a letter to the Denver region of the GSA expressing interest in using the vacant building under what’s known as the Good Neighbor program.

Under such an agreement, the National Park Service could declare the historic property a national monument. Local government would receive the facility for free in exchange for the property’s long-term care.

“Historic monument designation is a GSA path to transfer property like this,” Engen said. “In our case, it would be the preferable path forward. It’s not something we’re doing on our end, but rather one of the options for disposing of federal property.”

If the GSA agrees to release the building, it would commence a 30-day comment period from other federal agencies looking to make use of the structure.

But the building has sat empty for years and it’s unlikely that another agency would move in. The government has already declined to use it as a new Veterans Affairs medical clinic, citing the cost of renovations.

Converting it to housing would also prove cost-prohibitive, experts have said. Declaring it a national monument, however, could be beneficial for both local and federal governments.

“It gets them (feds) out the business of trying to get market value and all of that,” Engen said.

Given the lack of space at the current downtown office, the county currently leases property around the city to house various departments. City government is in a similar situation.

The March letter said the 90,000-square-foot federal building has enough space to accommodate nearly all branches of local government, providing something of a one-stop shop for public services.

City and county government in Helena are both located in that city’s old federal building.

“I was over there recently and it’s a very similar sort of deal – a former federal building,” said Strohmaier. “Their public meeting room, city council and commissioner chambers is almost identical to our old court room. It would be a great model for how we could do this.”

The Missoula federal building opened in 1913 and served as the headquarters for the U.S. Forest Service for more than 100 years. It underwent an expansion in the 1930s and was listed on the National Register of Historic Places in 1979.

But the Forest Service relocated from its downtown headquarters to Fort Missoula in 2015, and since then the building has remained mostly empty. Both the city and county have set aside funding to complete due diligence ahead of any future agreement.